The proposal from House Ways and Means Chairman Dennis Bonnen, R-Angleton, to cut the state sales tax rate by 0.3 percent is nothing short of historic.

If he is successful, it would mark the first time that the rate has been cut in the tax's nearly 54-year history.

As the chart below shows, the state began with a 2 percent sales tax, a rate that held from the tax's inception in 1961 and lasted for most of the decade. In the intervening decades, it has steadily stairstepped up to the current 6.25 percent. Local jurisdictions have the option to add up to a maximum 2 percent to the rate. 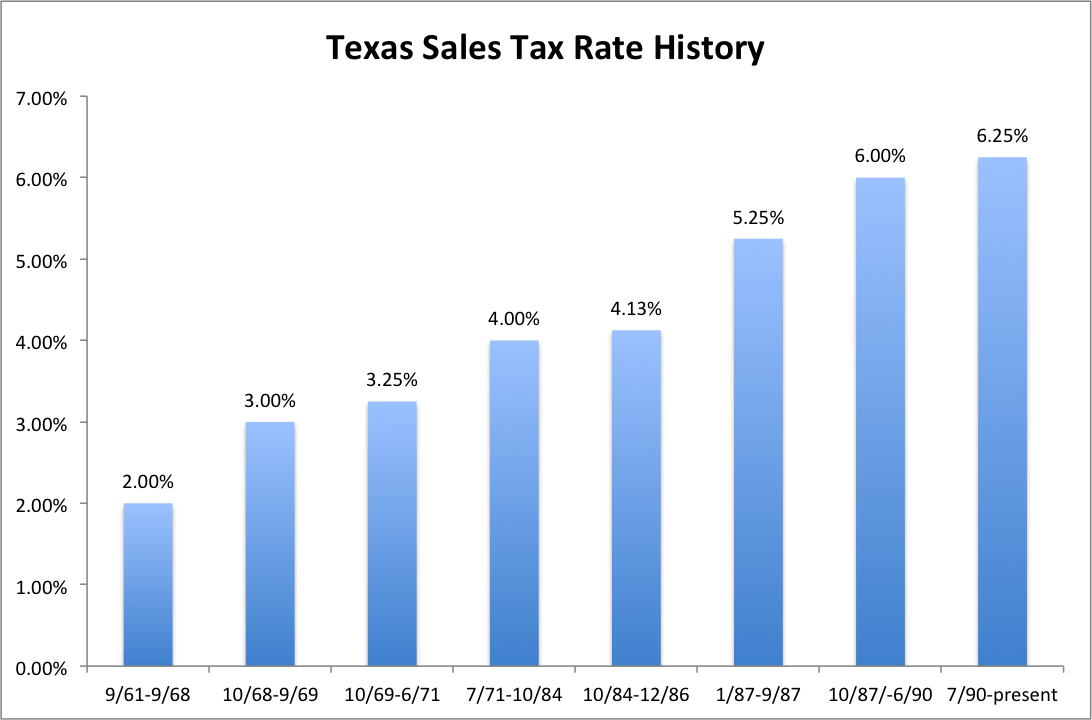