The day that the House takes up the budget is one of those traditional milestones signaling that lawmakers have entered the meaty portion of the session.

It's also quite the marathon in its own right. Floor debate often stretches past midnight as hundreds of amendments are offered to modify the budget document.

Below is a chart showing the number of amendments offered on second reading in the five previous legislatures. The timing of budget night in the House varies, depending on whether the legislation originates there or in the Senate (it alternates with each Legislature). 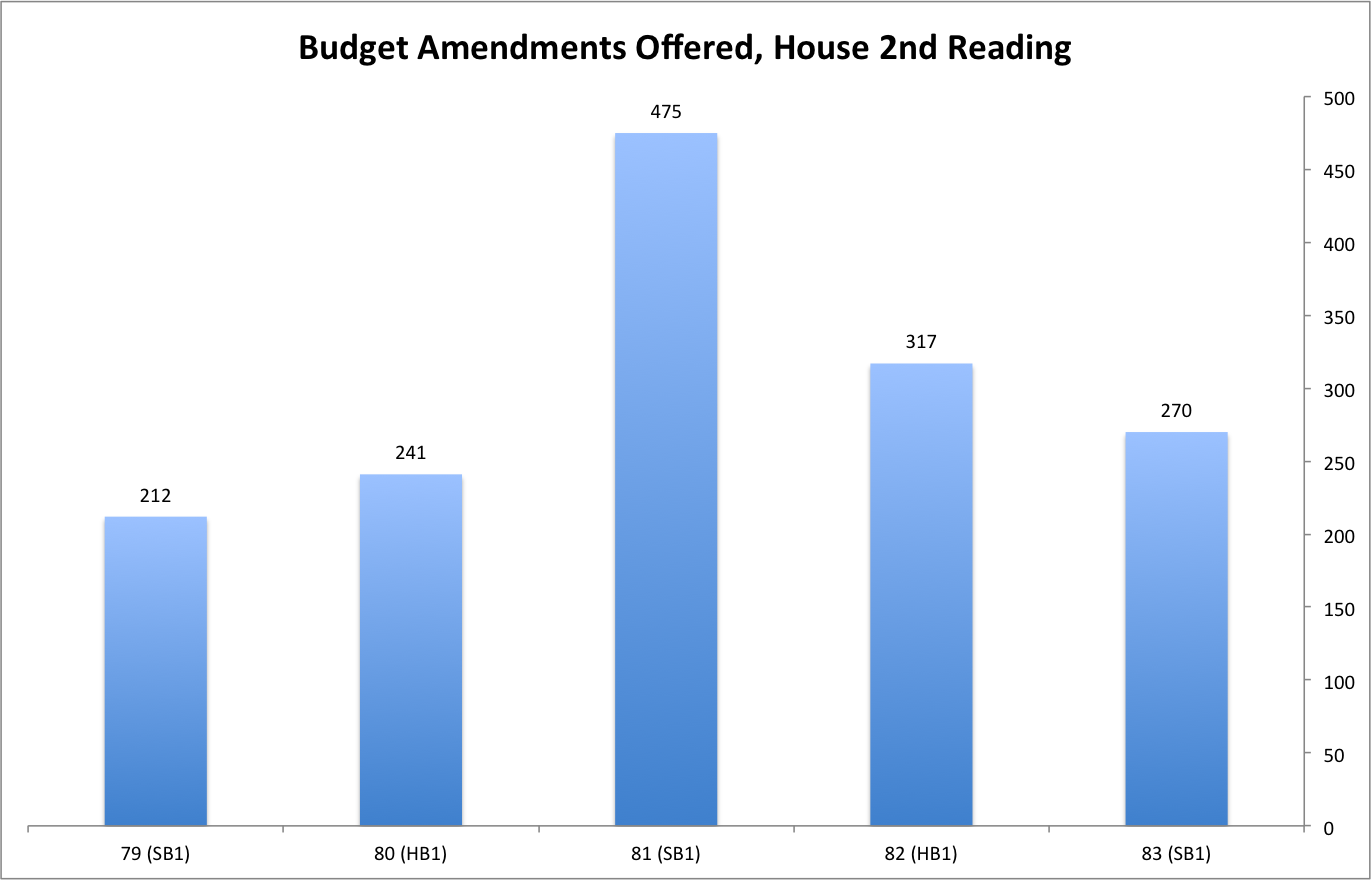