Voters are evenly split on whether the state should offer in-state tuition rates for undocumented immigrants, but that outer parity covers some pronounced polarization on the issue, according to the latest University of Texas/Texas Tribune Poll.

The Tribune's Ross Ramsey has the breakdown: 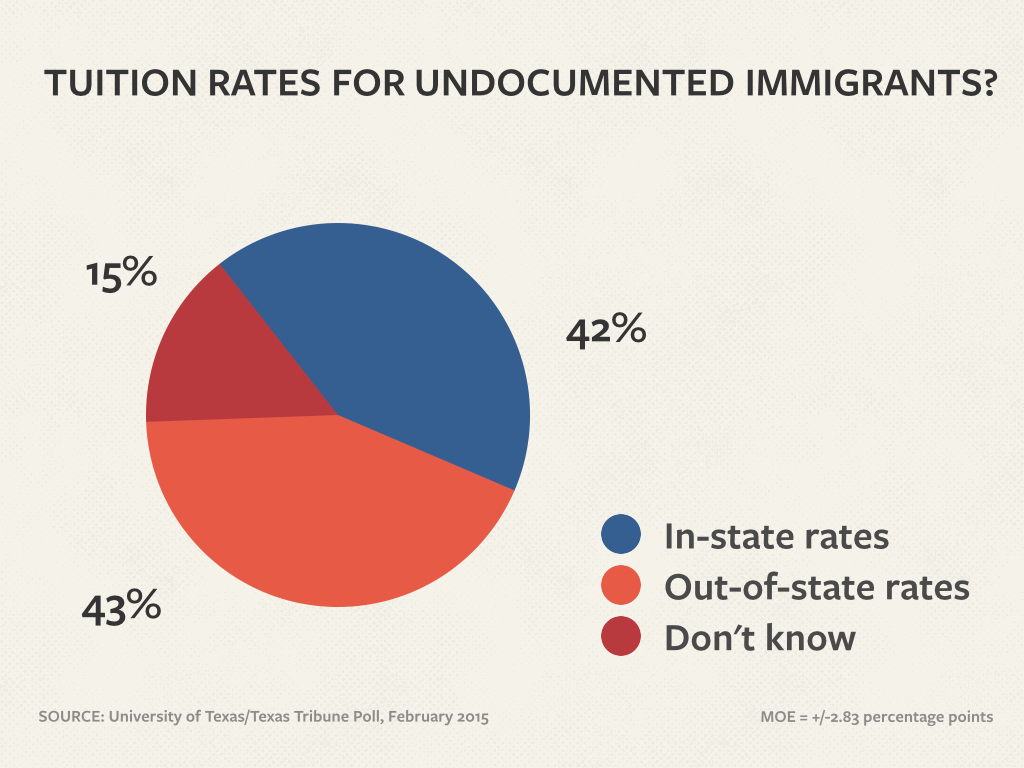 Overall, it looks like the electorate is deadlocked on that policy, with 42 percent saying those students should continue to pay lower in-state tuition and 43 percent saying they should pay higher out-of-state rates.

“It breaks somewhat along ideological lines,” said Daron Shaw, co-director of the poll and a professor of government at UT-Austin. “I still think a lot of this is something the parties haven’t quite figured out.” 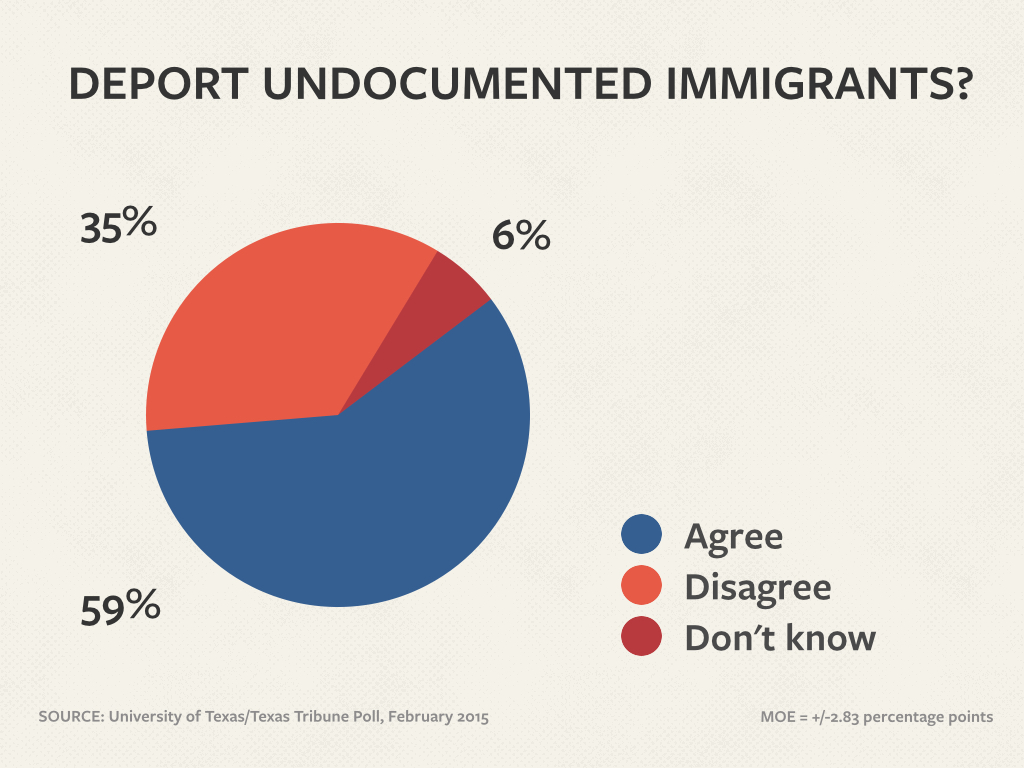 Elsewhere, the survey of Texas voters finds that nearly 60 percent favor deporting undocumented immigrants, a level of support that Ramsey writes has held steady from the last survey in October.

•    Tribune CEO and editor-in-chief Evan Smith will moderate a panel discussion on the future of immigration in Texas. Panelists are Guadalupe Correa-Cabrera, Eddie Lucio Jr., Eddie Lucio III and Ruben Villarreal. The noon event will take place at the University of Texas at Brownsville. We will livestream the event for those unable to attend in person.

UT/TT Poll: Voters on Vaccinations and Vouchers, by Ross Ramsey

To Conservatives, Cruz Touts Fights With Own Party, by Abby Livingston

Should sex ed in Texas be about safe sex?, Fort Worth Star-Telegram

“What I’m trying to do more than anything else is to bring a disruptive act to politics.”

— Texas Sen. and potential 2016 presidential candidate Ted Cruz, in his speech on Thursday to the Conservative Political Action Conference

Don't ignore gains under No Child Left Behind, by Margaret Spellings

•    On the Road: A Symposium on Water on March 10 at Texas State University in San Marcos