One of the biggest news stories of the week was Wisconsin Gov. Scott Walker having his moment in the still-nascent campaign for the 2016 GOP presidential nomination.

The University of Texas/Texas Tribune Poll finding him neck and neck with Tea Party favorite Ted Cruz among Texas Republicans fed part of the narrative: 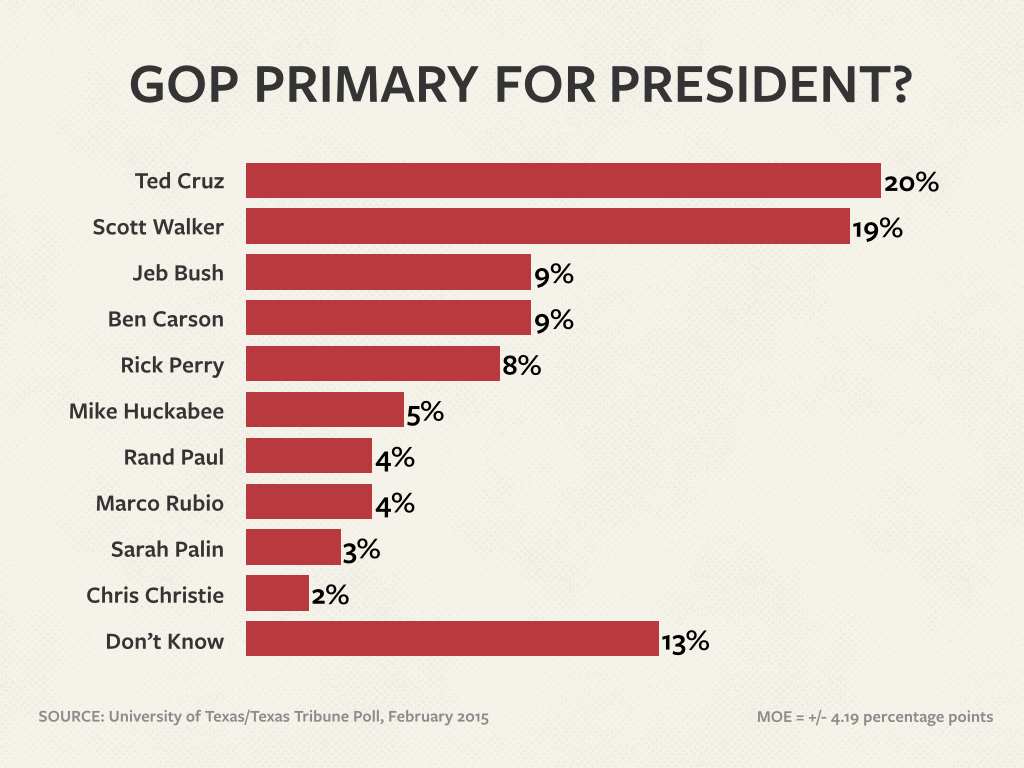 All the more remarkable is the fact that he was at 2 percent in October: 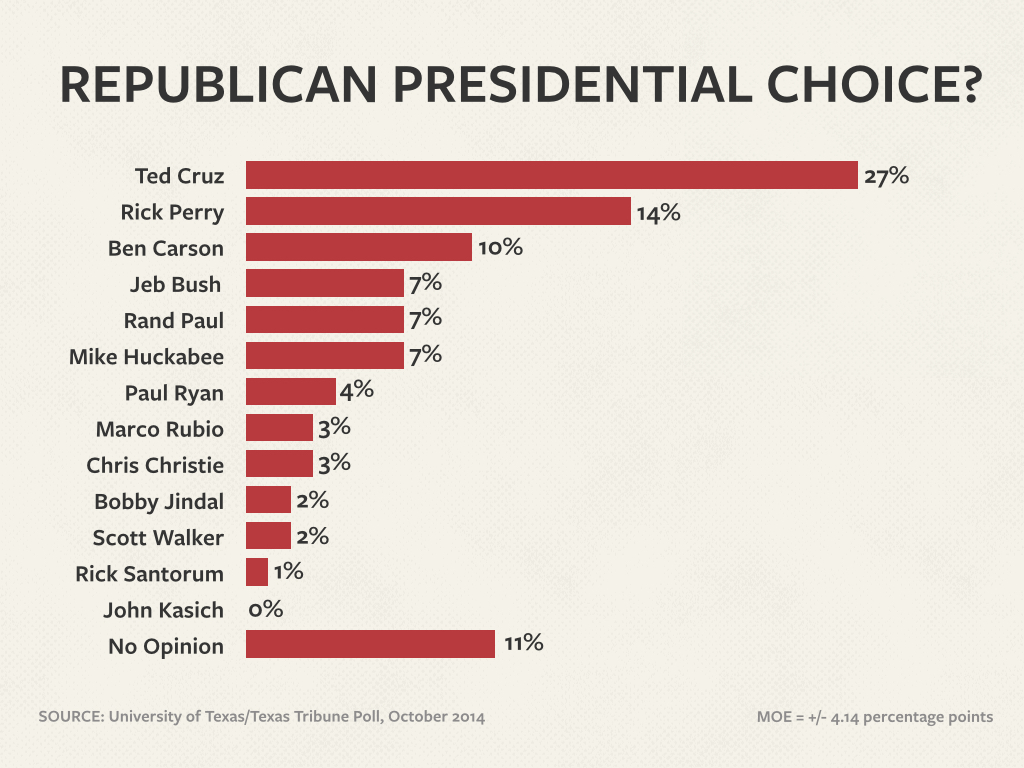 But Walker's surge is evident elsewhere. Below is a poll from over the weekend from Public Policy Polling followed by index polls from RealClearPolitics showing Walker second to Jeb Bush in national polls and leading those in Iowa and New Hampshire. So if you're noticing more scrutiny of Walker this week, these charts help explain why. 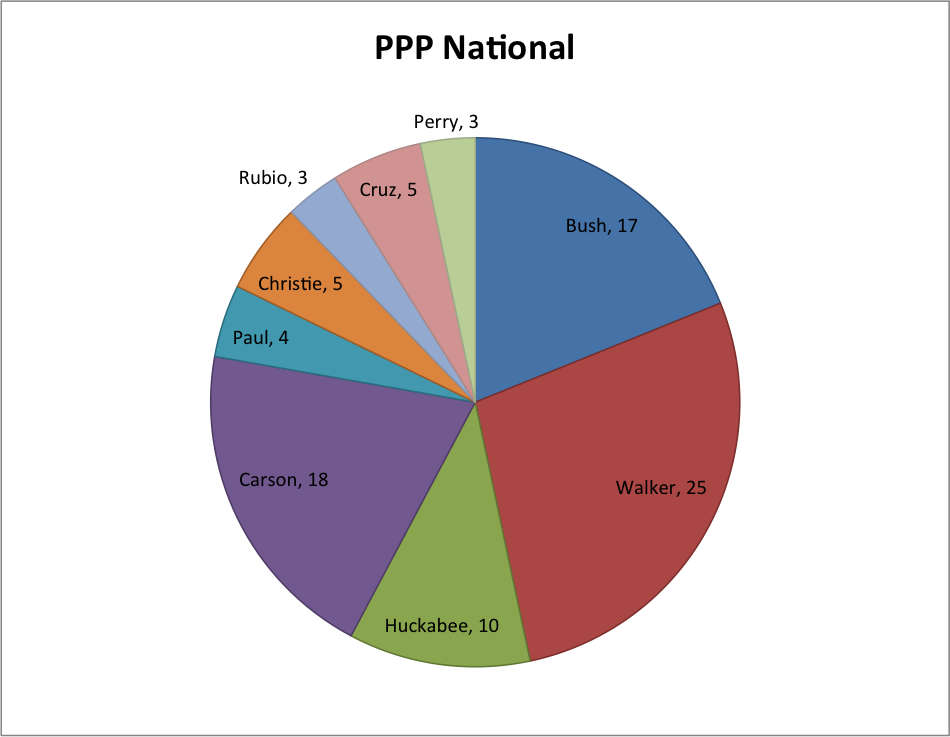 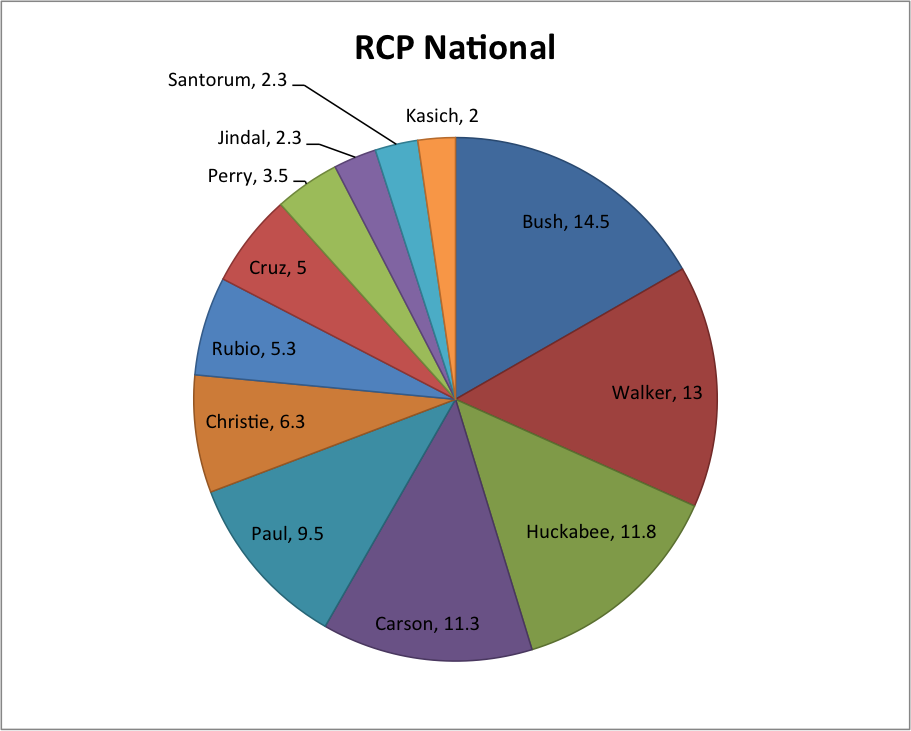 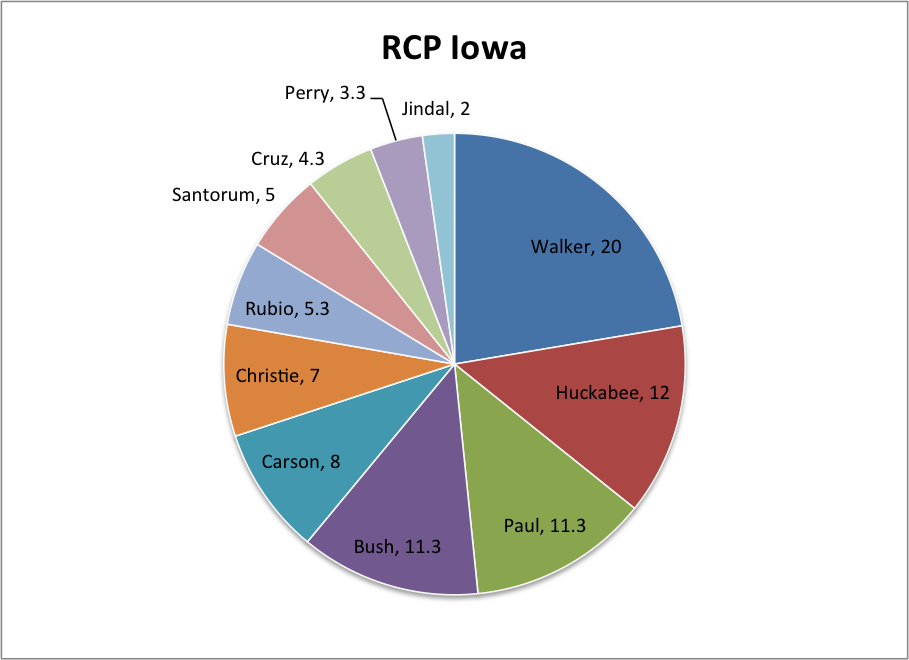 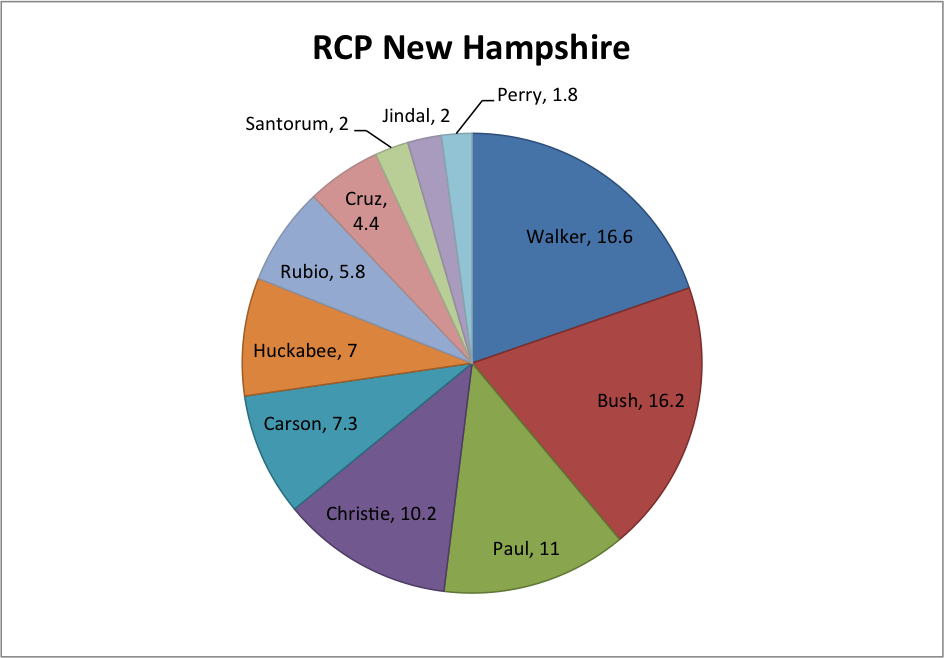