Texans in this month's University of Texas/Texas Tribune Poll made clear that the property tax is their least favorite tax. The only other tax to be disliked by voters more than it is liked is the business margins tax.

"The results suggest the rationale behind legislative efforts to cut those taxes, like one announced Tuesday by state Senate leaders who want to reduce revenue from those two taxes by a combined $4.6 billion," wrote the Tribune's Ross Ramsey. "Asked how they feel about the amount of various state and local taxes in Texas, 54 percent said they are dissatisfied with property taxes — and only 33 percent said they were satisfied about those bills." 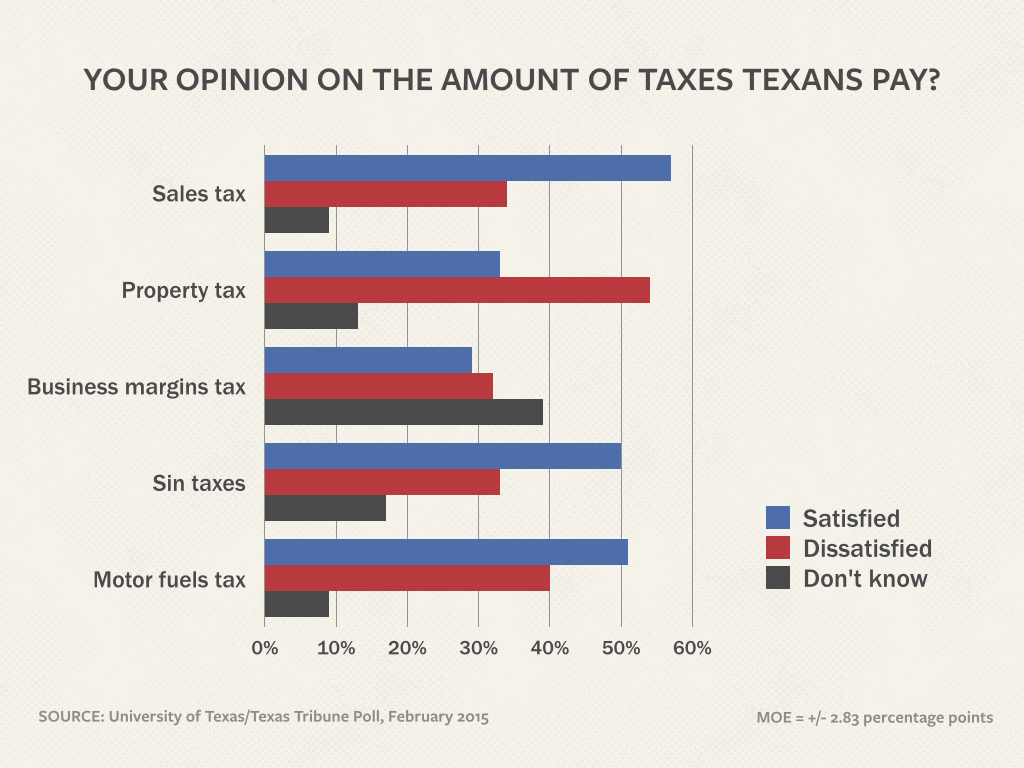 Not surprising was the finding that three-fourths of voters thought traffic congestion is a serious problem.

Where it gets interesting is how voters assign blame for traffic being as bad as it is. 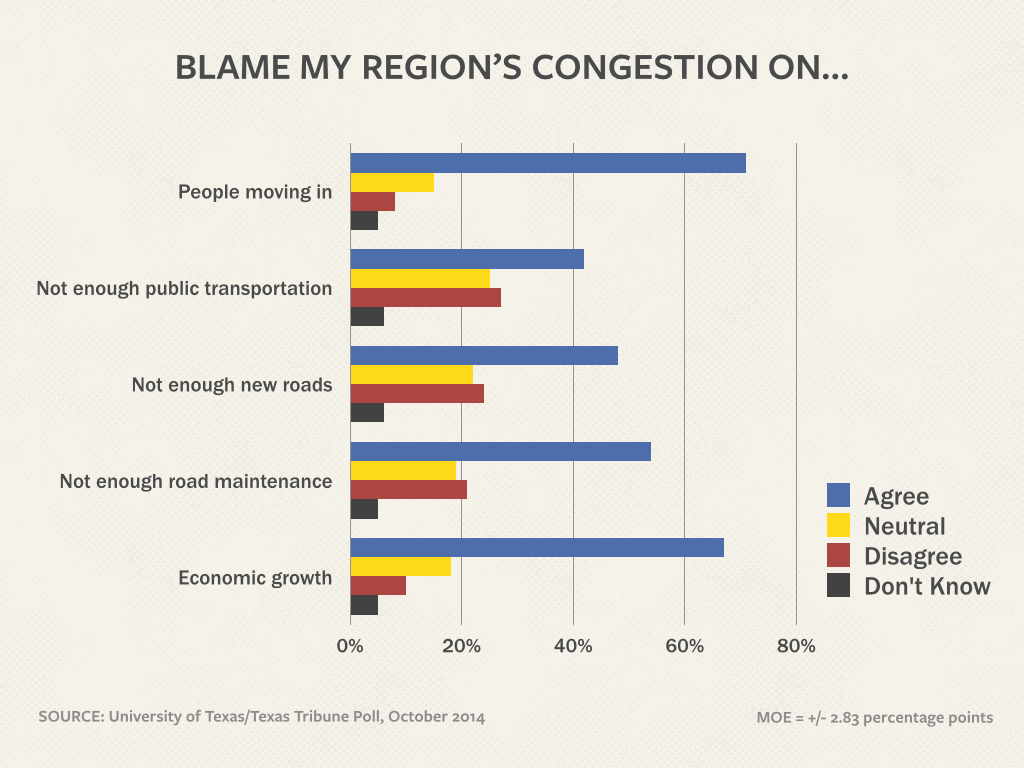 •    House Government Transparency & Operation meets at 2 p.m. or on final adjournment where cooperative contracts will be discussed with the Department of Information Resources, the Legislative Budget Board and the State Auditor's Office (E1.014).

•    Senate Finance meets at 9 a.m. to consider the state's regulatory agencies, including the Racing Commission, the Department of Insurance, the Public Utility Commission and the Texas Medical Board (E1.036).

Deep cuts could be on table as Congress re-evaluates food stamp program, The Dallas Morning News

“Dios y Tejas. It has been an honor to serve with you for the people of this great state.”

Honor the dignity of the workers who build Texas, by Emily Timm

•    On the Road: A Symposium on Water on March 10 at Texas State University in San Marcos