Another 22 percent were OK with either concealed or open carry, as long as it is licensed. Taken together, two-thirds of the respondents backed licensed carry. 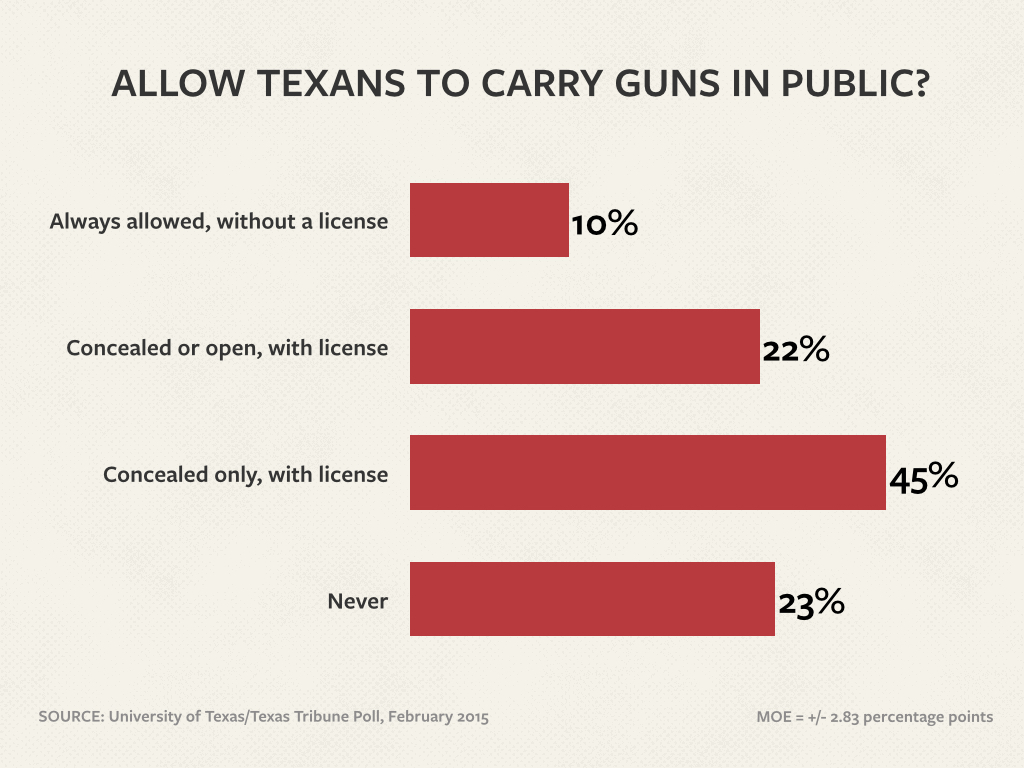 "There is a strong partisan twist to the numbers: 30 percent of voters who identify with the Tea Party said Texans should always be allowed to carry without permits, while the 'never be allowed' option barely registered with them," wrote the Tribune's Ross Ramsey. "Among Republicans, 6 percent said always and 12 percent said never. Among Democrats, 45 percent said never and only 2 percent said always. For each of the three groups, more than half would allow public carry of handguns with permits."

On the question of carrying concealed handguns on campus, the voters were almost evenly split, with 47 percent in favor and 45 percent against.

“Texas as it stands right now is a pretty pro-guns state and even though open carry may seem to be an anomaly, you still see Texans fairly comfortable with the status quo,” said Jim Henson, who heads the Texas Politics Project at UT-Austin and co-directs the poll. 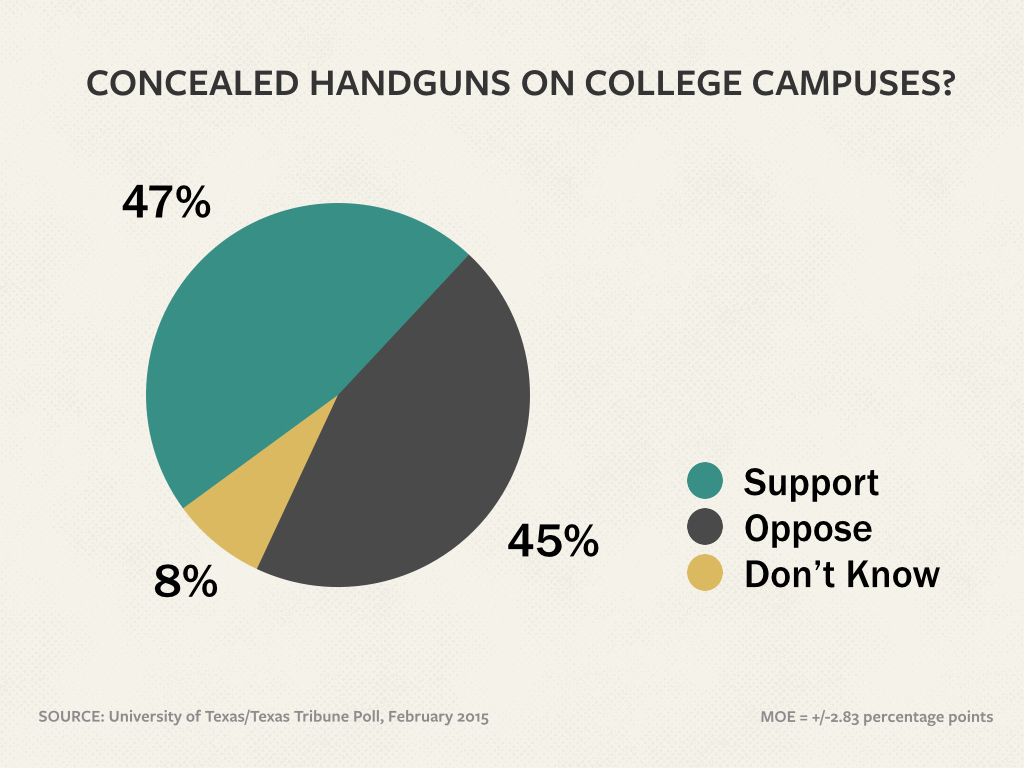 “It’s easy to wander into territory where there is not a lot of support in terms of public opinion,” he said. “In the case of campus carry, it’s very divisive. In the case of unlicensed open carry, you’re out on the fringe.”

•    Senate Finance meets at 9 a.m. to hear from the Lottery Commission, the Department of Housing and Community Affairs and the Department of Motor Vehicles (E1.036). The Senate Natural Resources & Economic Development Committee meets at 9:45 a.m. to hear SB 191 prohibiting foreign control of the Alamo as well as a pair of bills — SB 293 and SB 541 — dealing with eligibility of events for the Major Events Trust Fund (E1.012)

In unusual twist, presidential race is revving up in Texas, The Associated Press

Govern Yourselves, State Lawmakers Tell Cities, but Not Too Much, The New York Times

“Local control generally sounds good until you realize that some cities are out of control.”

— State Rep. Jeff Leach, R-Plano, on the push at the Legislature to limit municipalities' control

What Walker's surge means for Cruz and Perry, by Jim Henson and Joshua Blank

As we follow bills on immigration and border-related issues during the 84th legislative session, we'll keep you updated on legislation addressing border security operations. Stay caught up on the session with our Texas Legislative Guide.