Other than his power to call special sessions, the governor's most direct way to influence legislation is to declare an emergency matter. It frees up lawmakers to take up legislation on the topic outside of the normal legislative schedule, and it circumvents barriers against introduction of legislation late in a session.

Emergency matters are also a way for a governor to signal the administration's highest legislative priorities for a session.

Gov. Greg Abbott, for instance, designated five emergency items in his State of the State address this week. Because he waited until the 35th day of the session, it's probably fair to say he was more interested in the political message sent by his choice of topics than any expectations that he'd be seeing any relevant legislation on his desk in the next few weeks.

The chart below shows the number of emergency matters declared by Abbott and his three predecessors — Rick Perry, George W. Bush and Ann Richards.

Somewhat surprising is the relative rarity with which Perry declared emergencies. In five sessions, he declared two or fewer emergency matters. But he declared 10 in 2007 and six in 2011. 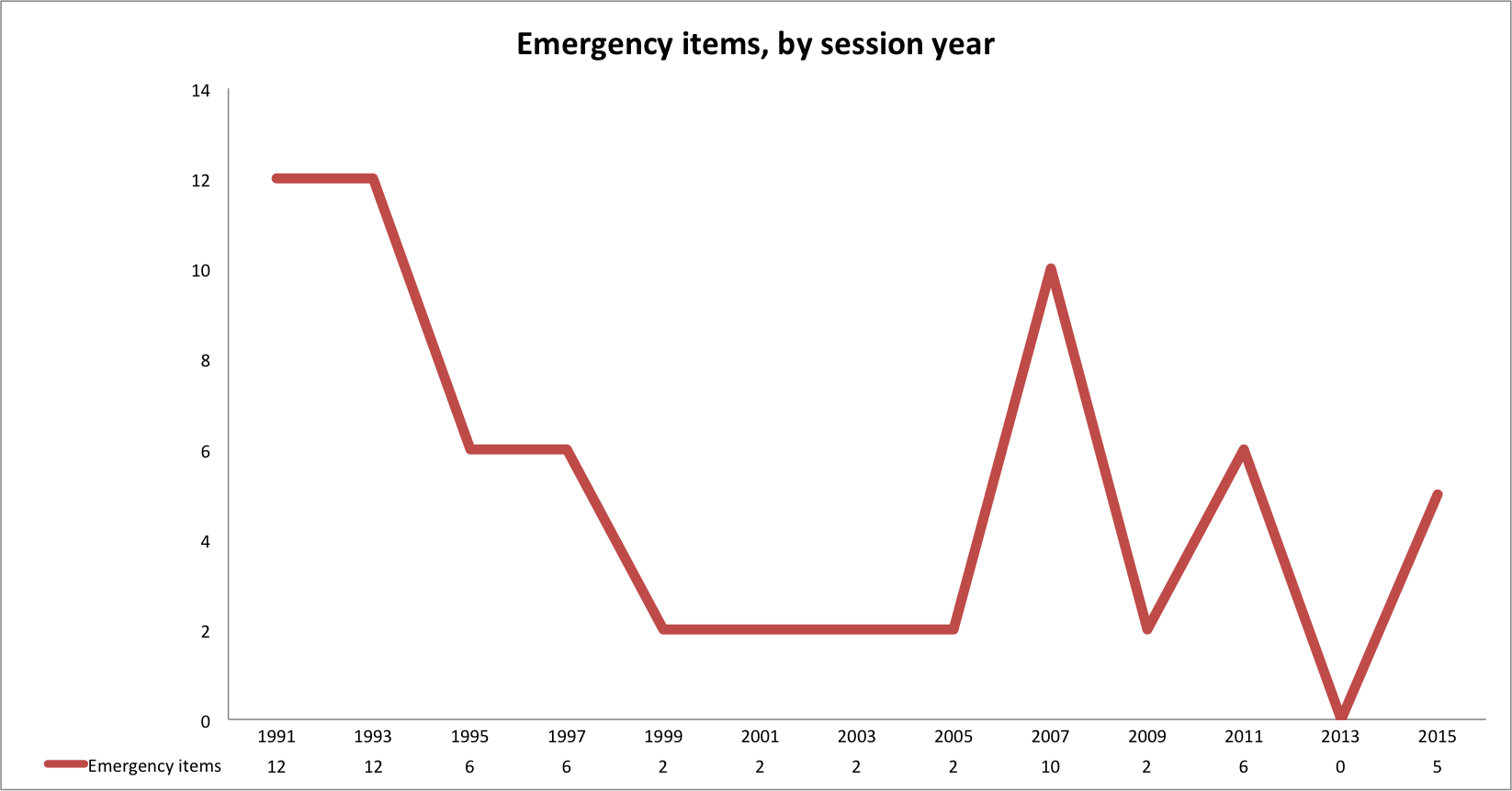