The question of whether the state funds schools adequately is one that has bedeviled lawmakers for decades.

Part of the problem is the difficulty of having a common frame of reference on whether the state is spending more or less on schools.

The first chart shows total public education funding for pre-K through 12th grade, adjusted for compounded state population and inflation growth. When adjusted to constant dollars, the numbers show funding spiked in 2009. What followed afterward was a decrease in public education funding with spending projected to begin growing gradually during the current budget period.

That takes place against a 17 percent increase in student enrollment over the same 10-year period.

The second chart shows the steady decline of the state's percentage share of funding the Foundation School Program, which is the primary method of distribution aid to schools. In this one, the state's share peaked in 2011 at 48 percent. That number has steadily decreased and is projected to drop to 43.1 percent in 2017.

That reflects the rebound in property values across the state, as the state's share drops as local school property tax receipts increase. 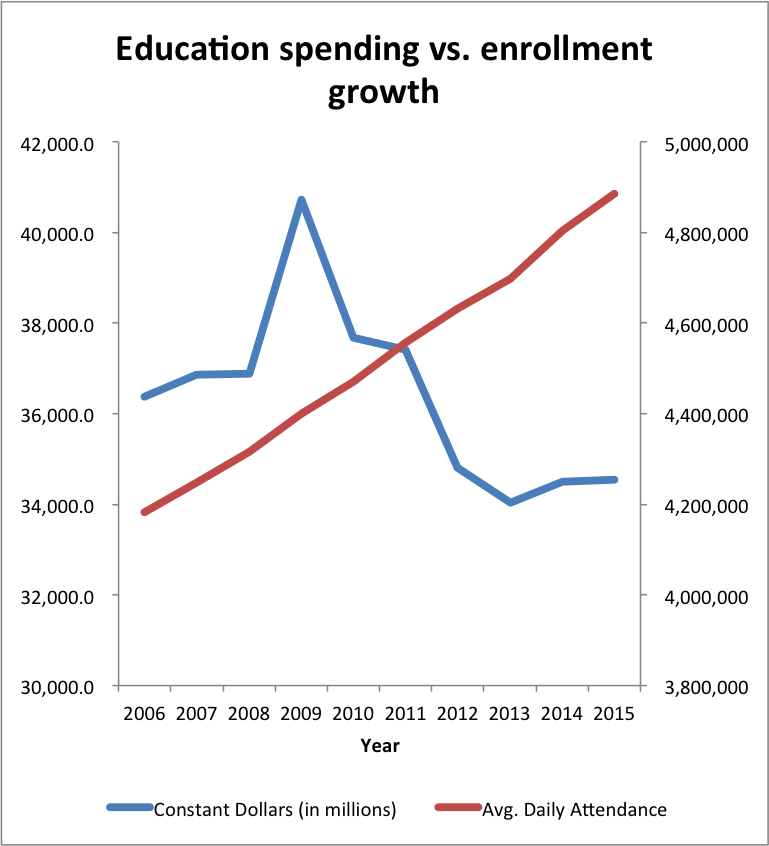 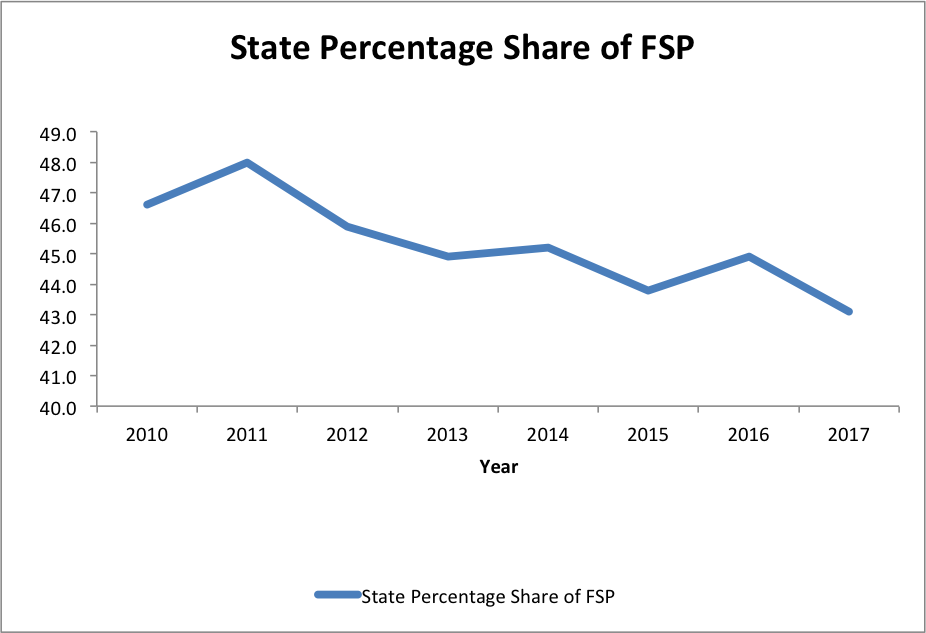