CARTHAGE — Richard Linklater could not have imagined a more bizarre final scene to Bernie, the dark comedy film he directed, than the one that unfolded Tuesday in East Texas. After nearly two decades behind bars, the convicted killer on whom the movie was based was driven away from the jail (by Linklater no less) to a home in Central Texas owned — by you guessed it — Linklater.

The convict, Bernie Tiede, 55, in plain clothes for the first time in 17 years, slid into the front seat of the SUV that Linklater had rented for the four-and-a-half hour drive. Tiede fiddled with an iPhone — flashy new technology to him — as he settled in for the ride from the rural, piney woods of Carthage, near the Louisiana border, to Linklater's modest home in an eclectic Austin neighborhood. Along the way, the two stopped for brief but emotional reunions with friends Tiede had not seen in years, and for a meal at a Mexican restaurant, where he held a fork for the first time since 1997. 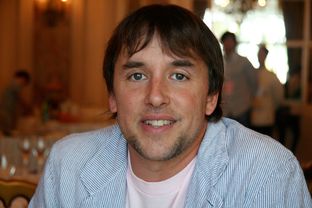 Linklater had always thought a life sentence was too harsh for Tiede. But he never thought that his 2011 film about the peculiar crime would lead to an early release.

“It was a dream, but only a dream,” Linklater said.

Tiede was convicted in 1999 of killing Marjorie Nugent, 81, whose body was discovered nine months after she was shot, wrapped in a sheet and tucked in her freezer beneath the potpies and vegetables. Tiede was released this week on a $10,000 bond after a judge agreed with his lawyers and the prosecutor who sent him to prison that his crime was one of passion and that he had been punished long enough.

Those involved in the case said that had it not been for Linklater’s film, Tiede would still be behind bars.

No one feels that more acutely than Nugent’s relatives.

“I kind of feel like Hollywood has taken over the Texas criminal justice system,” said Shanna Nugent, her 40-year-old granddaughter. 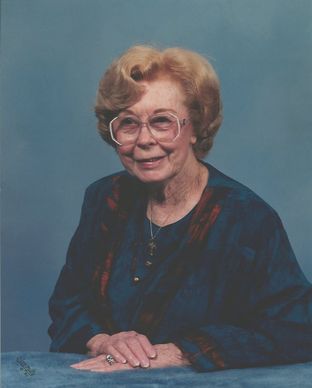 Shanna Nugent said she still missed her “Nanny” every day. The grandmother she recalled was nothing like the unkind character in Linklater’s movie. Her grandmother, she said, was a sweet woman who canned green beans, taught her to cook and sewed her own clothes.

For Linklater, “Bernie” is no longer just a movie. Bernie is a friend and now a tenant.

Diane DeVasto, a state district judge, put several strict conditions on Tiede’s release, including that he live on Linklater’s property in Austin.

“I’ve been kind of overcredited here,” Linklater said in an interview. “It’s not a big deal for me to let him live in a garage apartment I own.”

Linklater’s film, which featured Jack Black, Shirley MacLaine and Matthew McConaughey, was based on a 1998 Texas Monthly article. It portrayed Tiede as a loveable, popular funeral director and church singer caught in an abusive relationship with a miserly wealthy widow.

A defense lawyer, Jodi Callaway Cole, saw the movie and asked Linklater for the trial transcripts. She had a hunch there was more to the story, and like the filmmaker, she thought a life sentence seemed too harsh.

Cole began digging through the evidence and discovered a collection of self-help books for victims of sexual abuse in Tiede’s library. She met with the inmate and asked psychiatrists to evaluate him. Eventually, he revealed that he had been sexually abused from ages 12 to 18 — something he had not told the lawyers during his original trial.

Pesikoff concluded that years of abuse caused Tiede to snap. 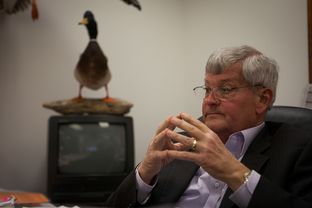 Enlargephoto by Leslie Boorhem-Stephenson
Danny Buck Davidson, the Panola County district attorney and prosecutor in the Bernie Tiede case, in his Carthage office.

Cole asked District Attorney Danny Buck Davidson of Panola County — the prosecutor who had convinced jurors that Tiede was a murderous gold-digger — to consider the new evidence. In January, the prosecutor sent a psychiatric expert, Edward Gripon — the same one who had told jurors in 1999 that Tiede had no mental impairment — to interview the inmate.

Gripon agreed with Pesikoff’s assessment. He concluded that after years spent repressing the effects of childhood abuse and hiding his homosexuality, Tiede learned to compartmentalize his emotions, allowing him to act normally for the months after the murder.

Davidson said he was beginning to change his view of the crime when he met Todd Hine, a man who had grown up in the same Louisiana town, attended church with and participated in a youth group led by the man Tiede said had abused him. Hine, nearly a decade younger than Tiede, broke down in tears in the prosecutor’s office as he described abuse nearly identical to what Tiede said he had experienced.

At Tuesday’s hearing, Davidson submitted an affidavit, in which he said that if he had known of the abuse Tiede suffered, he would have sought a lesser sentence. Davidson said he agreed with the inmate’s lawyers that Tiede should be released.

Linklater teared up as the prosecutor read the remarks. Tiede spent much of the hearing lifting his wire-framed glasses to wipe away tears.

“Ideally, in the criminal justice system, prosecutors are the good guys,” Davidson said. “We should never be afraid of the truth, no matter where it leads us in our quest for justice.”

After Tiede’s release, Linklater played down his role in the cascade of events and cast of characters that led to Tiede’s freedom. Tiede remains on bond until the Texas Court of Criminal Appeals makes a final ruling. Violating the bond conditions, which include a prohibition on speaking with the news media, could send him back to prison.

Linklater said Tiede recognized that his path forward would be fraught with challenges. But before Tiede starts tackling them, Linklater said, there is one thing his new tenant wants to do: watch the movie that made his case famous.

“I told him, ‘Well, you have to like it, Bernie, because it was the first domino,’” Linklater said.

Disclosure: Richard Linklater is a major donor to The Texas Tribune. A complete list of Texas Tribune donors and sponsors can be viewed here.