MEDINA — Kinky Friedman practiced his smile as he sat on the front porch of his cabin on a secluded Hill Country ranch in December, three dogs scampering around his legs. He said he had gotten an instructive tip from a former Miss Mississippi.

“You put Vaseline across your upper teeth, push your tongue against your upper two teeth, and then you smile,” Friedman said, flashing a camera-ready grin.

He had recently returned home from a stint in Hawaii performing with Willie Nelson, whose name is just one of the many notable acquaintances he might drop in a conversation.

Friedman, 69 — a singer, humorist, novelist and hawker of tequila — has tried, frequently, to add “elected official” to his résumé. But his celebrity status and unique charm have not translated into success at the ballot box, and that seems to be an itch he cannot help but scratch. He has tossed his iconic black cowboy hat into the ring for the race for agriculture commissioner with what he calls a clearer focus.

The campaign is his third run for statewide office in three cycles. A 1986 bid for justice of the peace in Kerrville is his fourth overall. In 2006, running as an independent, he placed fourth in a six-way race for governor. Four years later, he came up short in his first bid for the Democratic nomination for agriculture commissioner.

This time, he said, his campaign has a sense of mission that he lacked in 2010. Its central issue will be the legalization of marijuana, which he predicted could be the state’s biggest cash crop, financing solutions to a variety of the state’s problems.

“It’s a nonbinding referendum,” he said of his candidacy. “It’s bigger than just another conniving politician trying to worm his way into office. That’s not what’s happening here. What’s happening is, if I actually win this thing, the heat on this issue on the Legislature and whoever the governor is will be enormous.”

His two primary opponents are not taking the bait.

“I’m interested in grass, but it’s not that kind,” said Hugh Fitzsimons, a Democratic contender who raises grass-fed bison in Carrizo Springs. “To me, we have some serious, serious problems, and it’s primarily centered around water.” 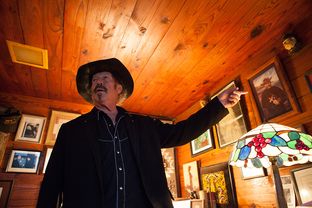 No Democrat has won a statewide race in two decades, so whoever emerges from the primary will be considered an underdog against the winner of the Republican primary, which has five candidates. Two Libertarians are currently locked in a primary of their own.

Friedman speculated that having two primary opponents might aid his prospects by splitting the anti-Kinky vote — the existence of which he is aware.

“Politicians like the word gadfly,” he said. “They use it as a negative. They use it with me sometimes — usually Democrats who don’t take me seriously. But if you had a gadfly buzzing around some of this, it wouldn’t hurt a thing. It might help.”

Resentment lingers among some Democrats because Friedman’s headline-grabbing run for governor eight years ago as an independent deprived their candidate of much-needed attention.

“I don’t know any Democrat who thinks him running is a good idea,” a Democratic political consultant, Jason Stanford, said. “I think they have good reasons, but there are a lot of Texans who agree with Kinky Friedman. It would be nice if they started voting for Democrats.”

Stanford has a unique perspective, having managed an opposing campaign in 2006 and having served as Friedman’s communications director in 2010. He listed among Friedman’s assets his ability to attract and maintain the spotlight. But, he said, “listening is not one of his strengths, whether it is to popular opinion, media outcry or his own advisers.”

Friedman’s 2006 campaign went spiraling southward amid accusations of racial insensitivity after he said of Hurricane Katrina evacuees in Houston: “The musicians and artists have mostly moved back to New Orleans now. The crackheads and the thugs have decided to stay here.”

Stanford, who was working for an opposing Democratic campaign at the time, said Friedman “did not see at all why he had to apologize.” 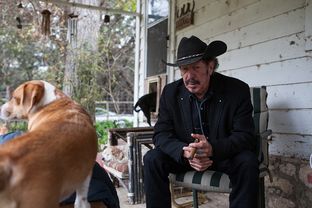 “He helped integrate lunch counters in the 1960s,” Stanford said, “so he thought everyone should grant him his good intentions.”

Friedman said he did not think similar claims of insensitivity would affect his campaign this time. “I’ve spent my life jamming my thumb in the eye of oppression,” he said.

He also shrugged off questions of party loyalty, like those prompted by a 2011 column for The Daily Beast expressing enthusiasm for the ambitions of the state’s Republican governor. “So would I support Rick Perry for president?” he wrote, “Hell, yes!”

Friedman said the “funny and satirical” piece was widely misconstrued. “At no point did I ever endorse him,” he said of Perry. “I’ve been a political opponent all down the line. It doesn’t matter what I say, anyway, because once you’re a victim of the Internet, you’re screwed.”

He largely avoids the Internet at home, where he leads what he called a “Gandhi-like existence.” He does not own a computer or a smartphone. The calendar on his kitchen door is dated 1990.

“I have a fun kind of life with very little responsibilities,” he said. “I could hang around with Willie, and Cheech and Chong without running for office.”

But fun is not the driving force for Friedman. Legalized marijuana would have little effect on his recreational activities. He does not smoke it, he said.

“I ask myself every day the question, ‘Is it good for Texas?’” he said. “Would a guy like me being elected agriculture commissioner be good for Texas? Would it stir things up? Why is it that only at gunpoint will the candidates discuss legalization of marijuana and hemp when clearly it is exploding across the world?”