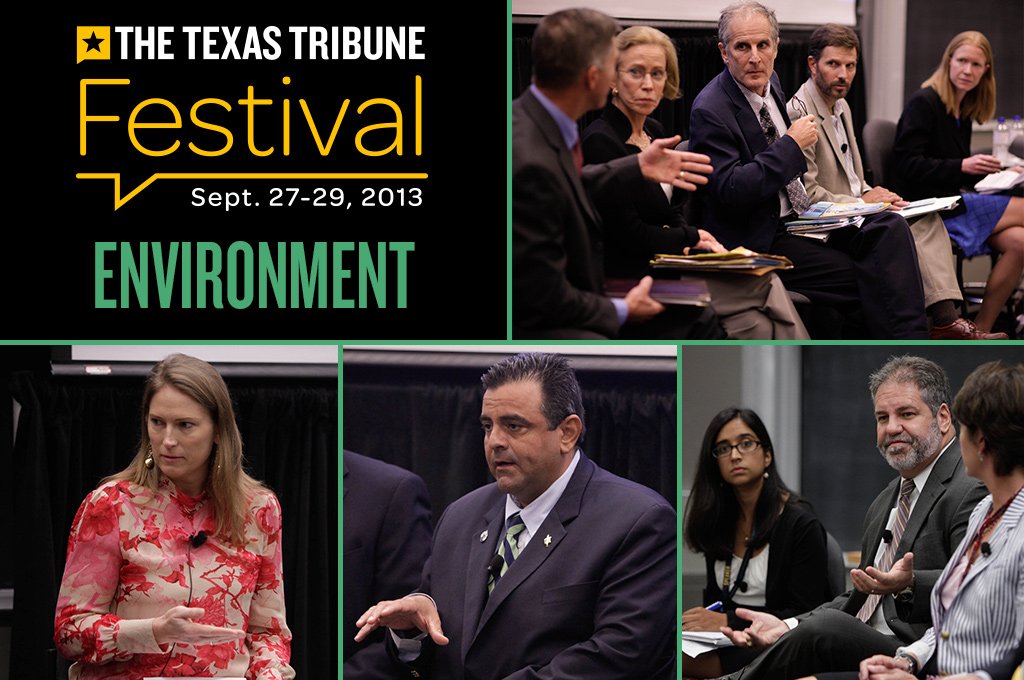 The environment track at the 2013 Texas Tribune Festival featured panel discussions about the aftermath of the fertilizer plant explosion in West, the future of water and parks in Texas, and the fight over climate change. If you prefer to listen on the go, you can also download this track in podcast format from iTunes by clicking here.

Texas Tribune reporter Alana Rocha launched the day's discussions with a panel titled "After West." Featured were Elena Craft, health scientist at the Environmental Defense Fund; Tim Herrman, the Texas state chemist; Chris Coneally, the state fire marshal; state Rep. Kyle Kacal, R-Bryan; and West Mayor Tommy Muska. The panelists discussed the ongoing relief efforts in West following the fertilizer plant explosion there, the regulation of plants that store chemicals like those involved in the explosion, and what can be done to prevent such incidents in the future.

The panel "Water: What Now?" featured state Sen. Glenn Hegar, R-Katy; Laura Huffman, urban strategies lead and Texas state director at the Nature Conservancy; Uvalde Mayor J Allen Carnes, a candidate for agriculture commissioner; Robert Puente, president and CEO of the San Antonio Water System; and Carlos Rubinstein, chairman of the Texas Water Development Board. Texas Tribune reporter Neena Satija led the group in a discussion focused on whether lawmakers made enough progress in addressing water issues in the 2013 legislative session, how expensive water could get for consumers, and how surface water and groundwater should be regulated.

"The Fight Over Climate Change" panel discussion was led by Kate Galbraith, author of The Great Texas Wind Rush, and it included Ramón Alvarez, senior scientist at the Environmental Defense Fund; Kathleen Hartnett White, director of the Texas Public Policy Foundation's Armstrong Center for Energy and the Environment; David Sassoon, founder and publisher of InsideClimate News; and Bryan Shaw, chairman of the Texas Commission on Environmental Quality. The panel discussed the likelihood of increased global warming, whether humans cause global warming and the regulation of greenhouse gas emissions.