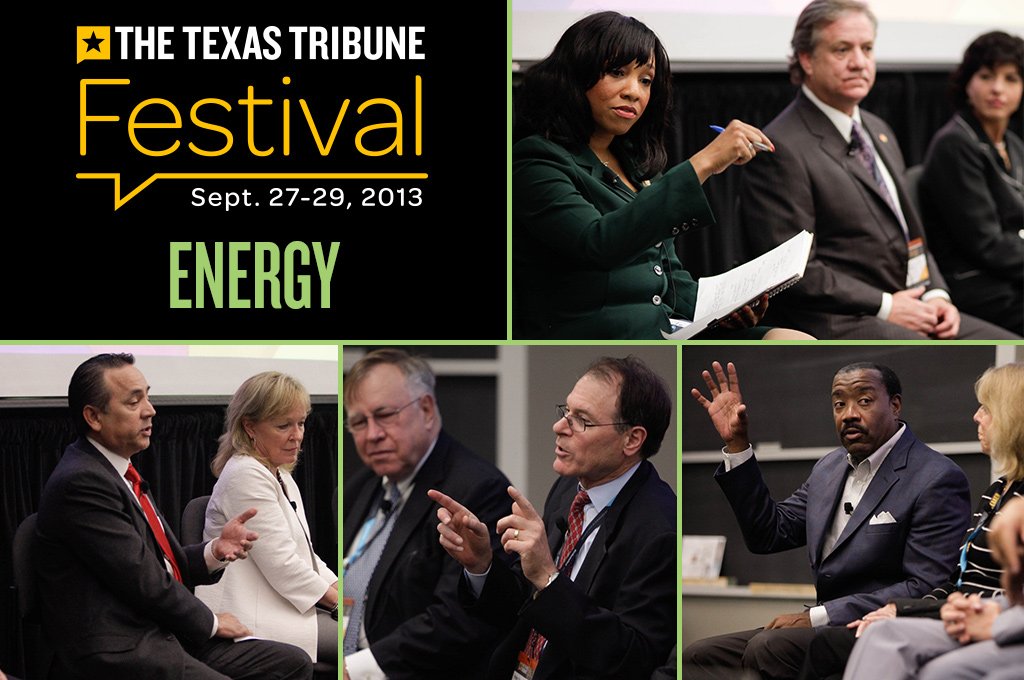 The energy track at The 2013 Texas Tribune Festival featured panel discussions about regulation, the shale boom, energy efficiency and the fight over electricity. If you prefer to listen on the go, you can also download this track in podcast format from iTunes, by clicking here.

The topic of the next discussion, led by Gregory Fenves, the University of Texas at Austin provost, was "The Shale Boom: What Now?" The panel included state Reps. Myra Crownover, R-Denton; Harvey Hilderbran, R-Kerrville; and Tracy King, D-Batesville; and state Sen. Carlos Uresti, D-San Antonio. The group talked about the rapid transformation the boom has brought to some communities, ensuring that the energy industry conserves water and why Texas is turning some paved highways into gravel roads, at least for now.

Led by Texas Tribune reporter Jim Malewitz, former state Sen. Kip Averitt; CPS Energy president Doyle Beneby; Deborah Kimberly, Austin Energy's vice president for distributed energy services; and Laura Spanjian, the city of Houston's sustainability director, discussed "The Road to Energy Efficiency." The panel talked about why some cities are better at conservation than others, the effect of deregulation on the energy market and how low-income Texans can improve their energy efficiency.

The final panel of the day, "The Fight Over Electricity," was moderated by Michael Webber, the Josey Centennial fellow in energy resources at the Cockrell School of Engineering at the University of Texas at Austin. The panel featured John Fainter, president and CEO of the Association of Electric Companies of Texas, Inc.; Peter Fox-Penner, principal and chairman of the Brattle Group; Becky Klein, former chairwoman of the Public Utility Commisison of Texas; Suzi McClellan, former public counsel for the Office of Utility Counsel; and Donna Nelson, chairwoman of the Public Utility Commisison. The panel discussed the challenges of wind energy, protecting the state's electric grid from severe weather and the role of water in energy production.