In a month and a half, drivers on Texas roads won’t have to dig through their glove compartments for their insurance cards when they are pulled over by police officers. They can just turn to their cellphones.

Thanks to a law passed during the 83rd legislative session, motorists will be able to pull up proof of insurance on their phones to show officers.

Lawmakers and insurance industry professionals say that Senate Bill 181 helps Texas keep up with the times.

"This bill just seemed like the common-sense thing to do," said state Sen. Royce West, D-Dallas, who co-authored the legislation. "It came to us through a recommendation and provided an opportunity to make use of technology to make life a little simpler for many Texas motorists."

Traffic stops will occur the same as before, but instead of the driver handing the officer a paper copy of the insurance card, the officer can note the pertinent data off of the mobile device.

“This is basically bringing Texas into the technology age of dealing with smart phones and being able to take advantage of them,” said Mark Hanna, spokesman for the Insurance Council of Texas.

Texas state law requires that all drivers possess — at minimum — liability automobile insurance that covers damages to other drivers in the event of an accident.

The impact of the new law on Texas drivers and law enforcement is convenience and efficiency, said Beaman Floyd, executive director of the Coalition for Affordable Insurance Solutions.

Concerns were raised about the ease of counterfeiting an electronic insurance card, but it is just as easy to forge a paper copy, Floyd said.

Whether the insurance is presented on paper or electronically, the officer takes the information and runs it through a verification database.

“If somebody actually tried to counterfeit an electronic proof of insurance, they will be subject to that verification and they will still be caught,” Floyd said.

The only other concern, Hanna said, has to do with ensuring law enforcement is aware of the new law.

The Department of Public Safety is in the process of notifying troopers of the new legislation, said Tom Vinger, a DPS spokesman. Additionally, all police officers are required to take courses and become certified on the new laws that take effect each year, ensuring that they have a complete understanding of each piece of legislation, said Erwin Ballarta, executive director of the Texas Police Association. He added his support of the measure, saying it should help make traffic stops more efficient.

There are 27 states, including Texas, with laws allowing proof of insurance to be displayed on cellphones, according to the Property Casualty Insurers Association of America.

“We are bringing Texas to our new century here and catching up on what other states already have in place,” Hanna said.

Texas joins a group of 27 other states allowing the use of electronic devices to show proof of insurance. 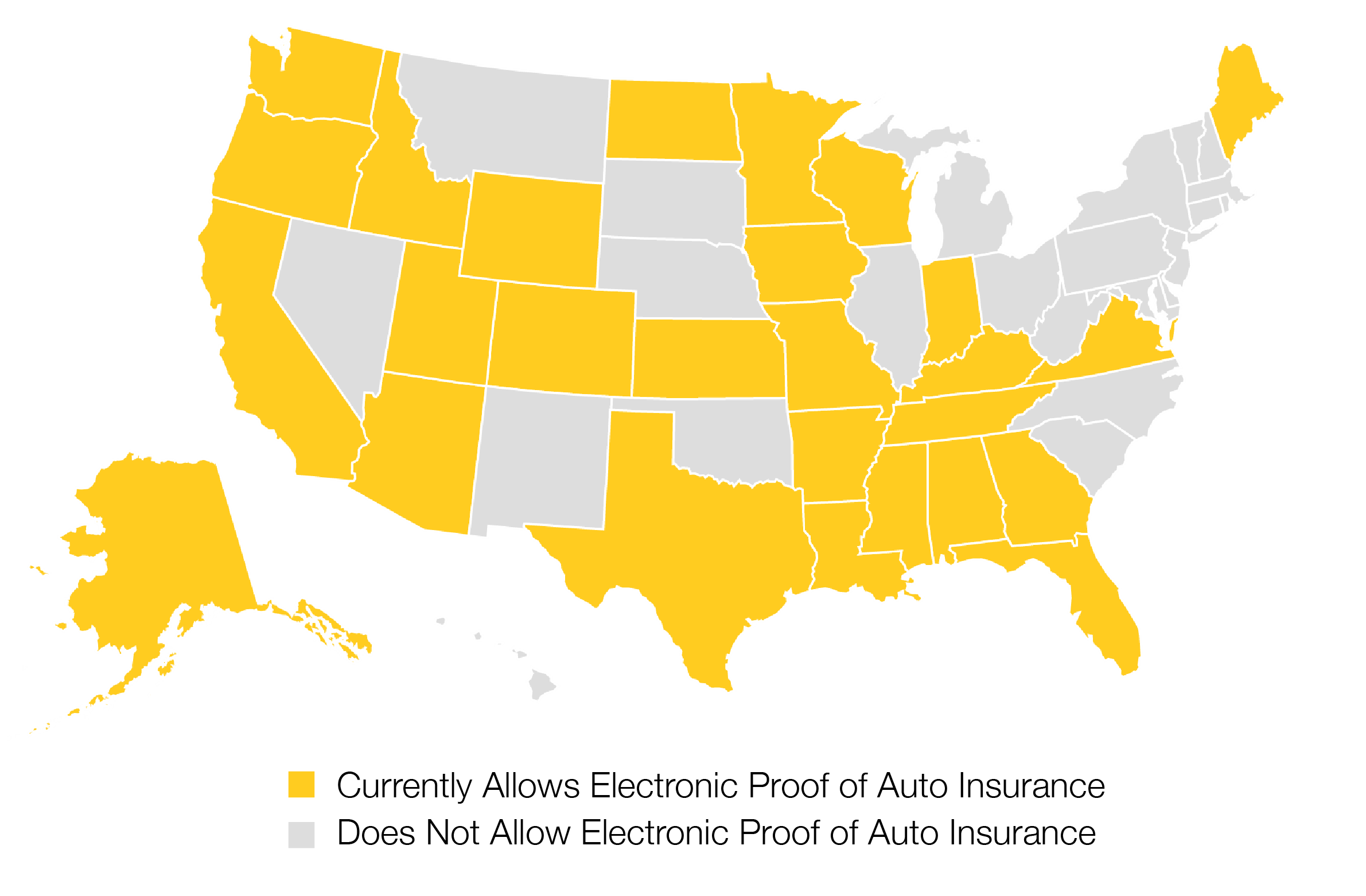 Editor's note: This story has been updated to correct the spelling of Mark Hanna's name.