After announcing his candidacy for governor on Sunday in San Antonio, Attorney General Greg Abbott began a whirlwind tour that will include stops in 10 cities over five days when he's done. Abbott's campaign selected cities that highlighted key moments in his life.

After the campaign launch in San Antonio, Abbott visited Houston and McAllen on Monday. On Tuesday, Abbott staged events in the cities he lived in as a youth, including Wichita Falls, Longview and Duncanville. Abbott is also scheduled to appear in Lubbock, Midland and El Paso before wrapping up the tour on Thursday with a final event in Austin. Here's a look at some of the stops he's made so far.

"The future of Texas demands better education, safer communities and smarter government," Abbott said Sunday while launching his bid for governor at San Antonio's La Villita plaza. "The children of Texas deserve it, and we will deliver it."

Abbott was joined on stage by his wife, Cecilia, and daughter, Audrey, moments after he announced his gubernatorial campaign Sunday in San Antonio.

A crowd of supporters surrounds Abbott in San Antonio, the site of his gubernatorial announcement.

Abbott greeted a guest at El Pato restaurant on Monday during a stop in McAllen.

On the first full day of his campaign, Abbott spoke with reporters Monday in McAllen. 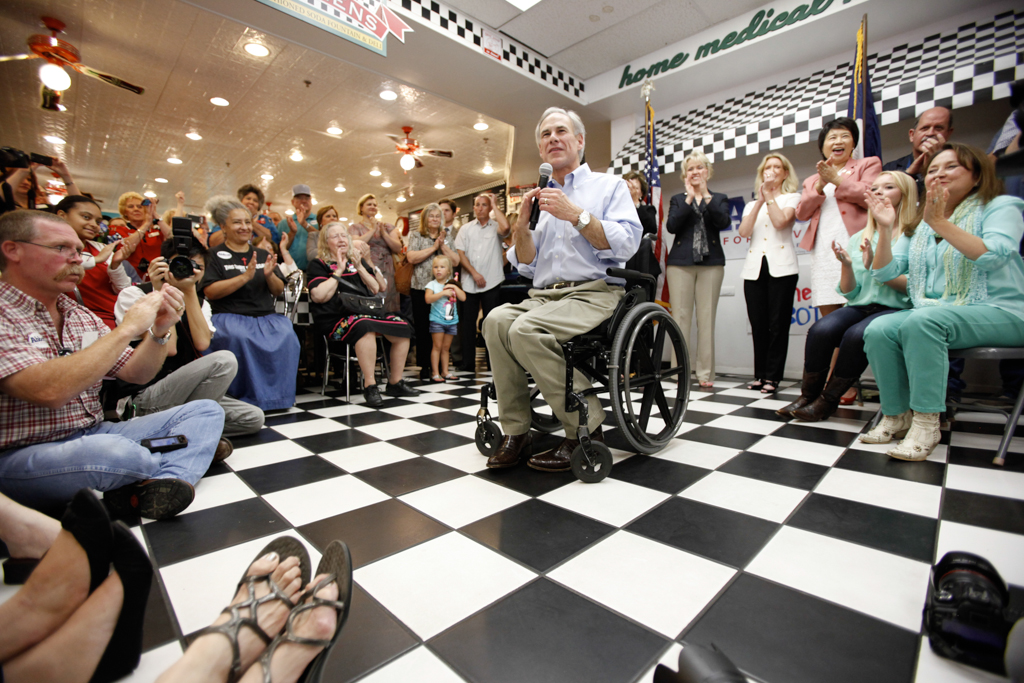 Abbott talked with supporters Tuesday at the Ben Franklin Apothecary in Duncanville, the town where he graduated from high school. 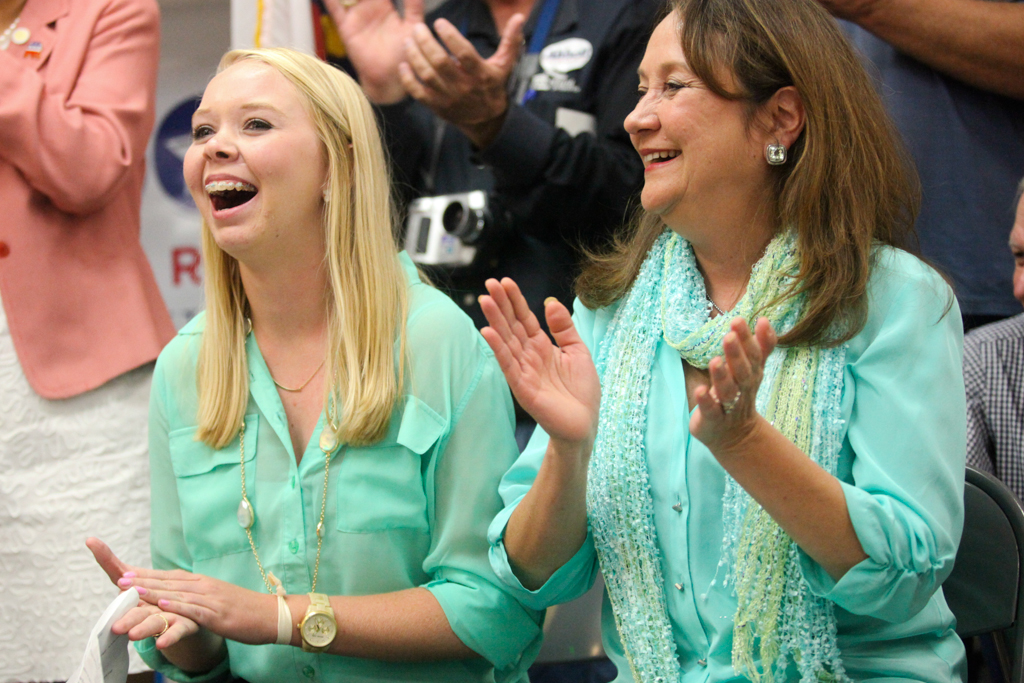 Abbott's daughter, Audrey, and wife, Cecilia, applaud during his campaign stop in Duncanville. 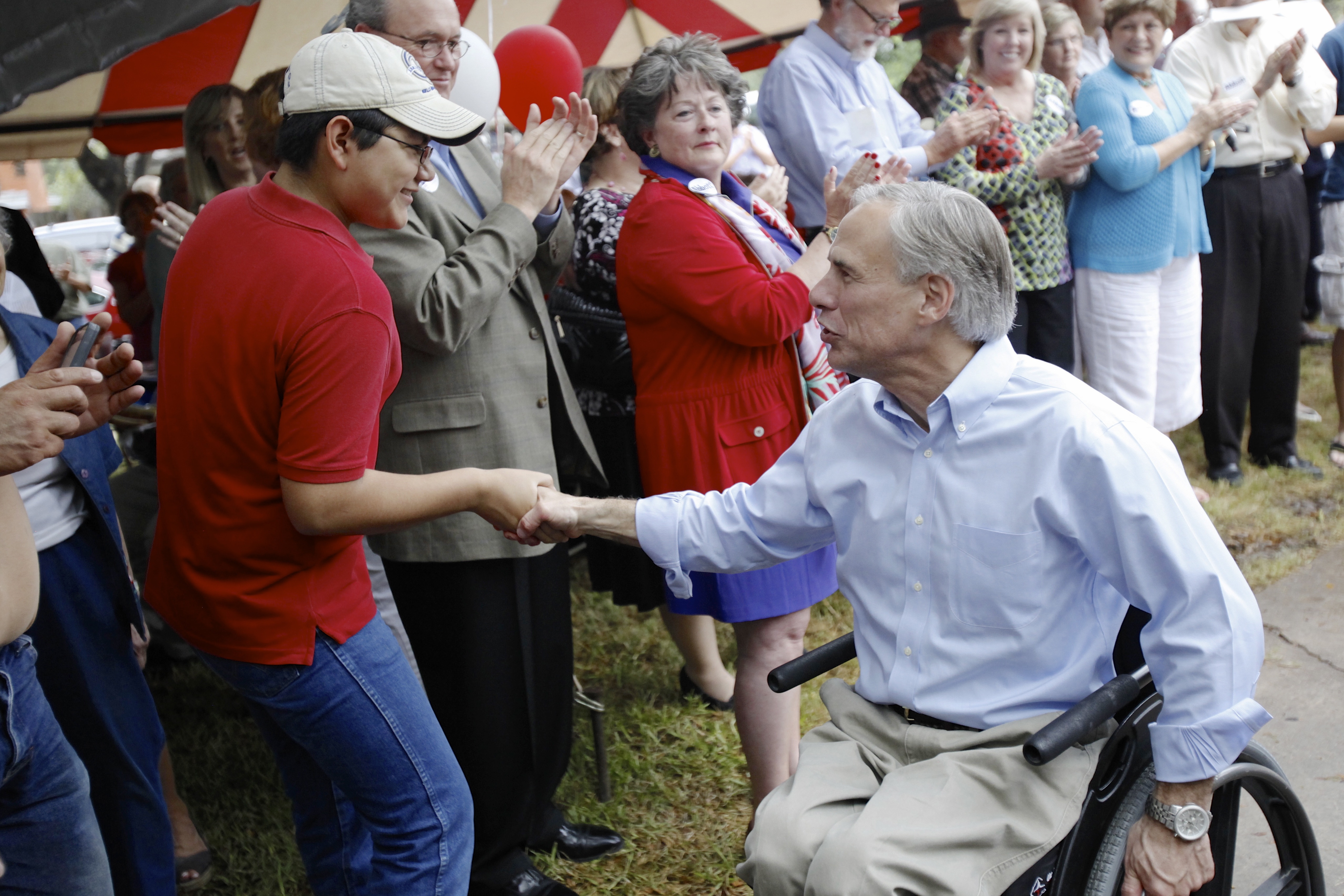 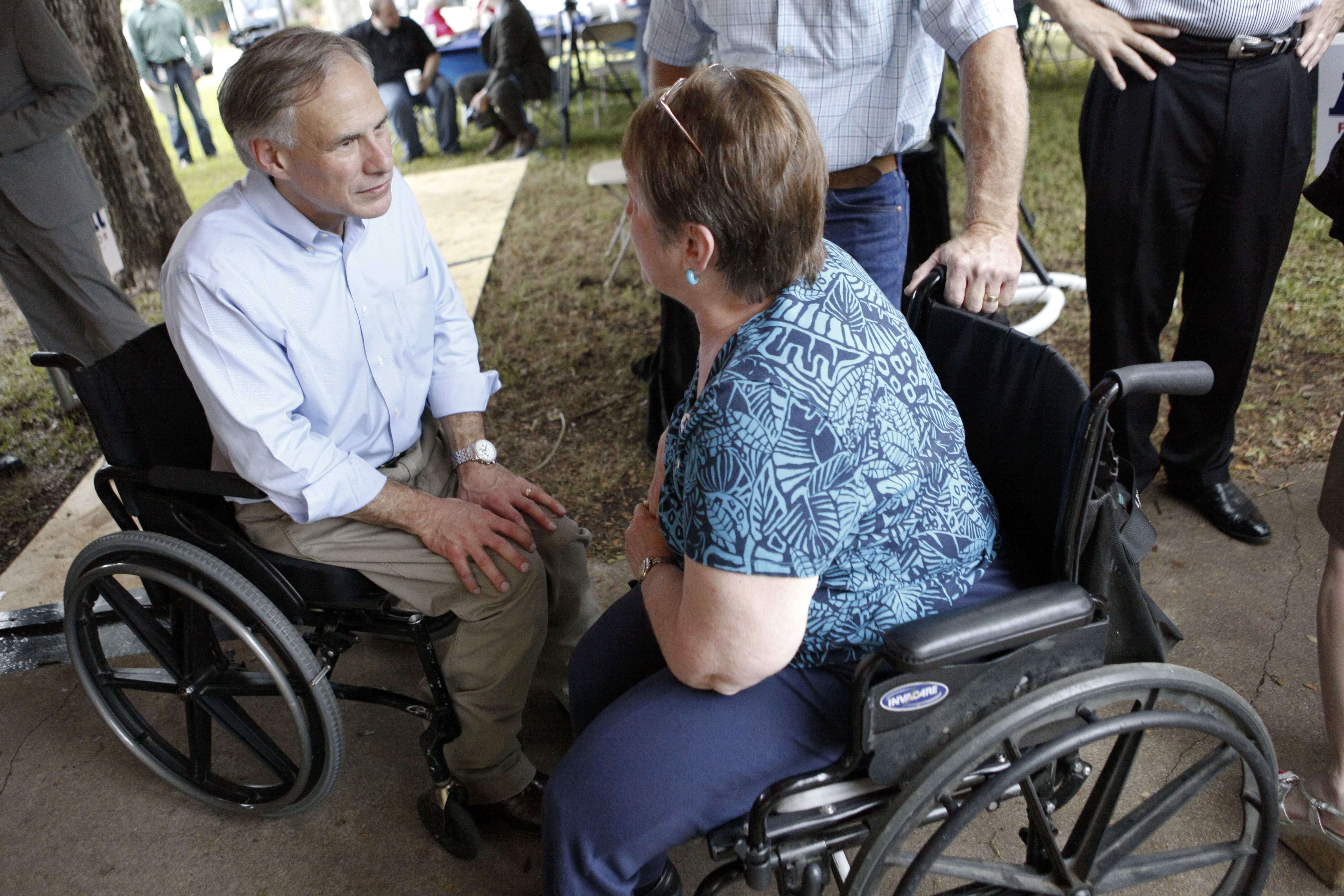 Abbott spoke with a woman who attended his appearance in Wichita Falls on Tuesday. 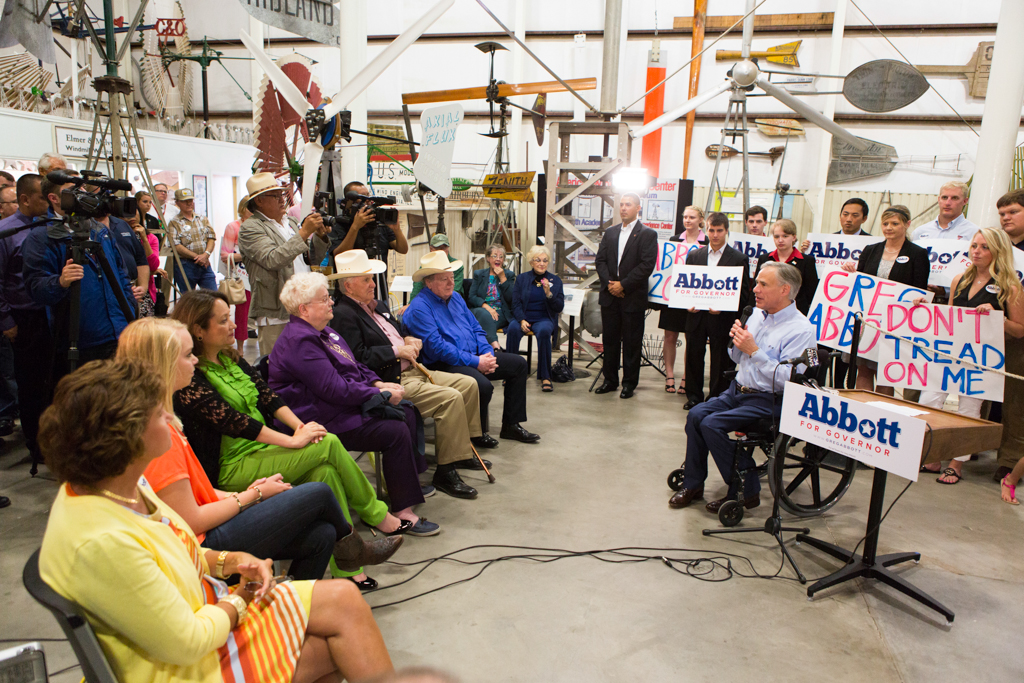 In Lubbock, Abbott spoke to supporters during the third day of his campaign. 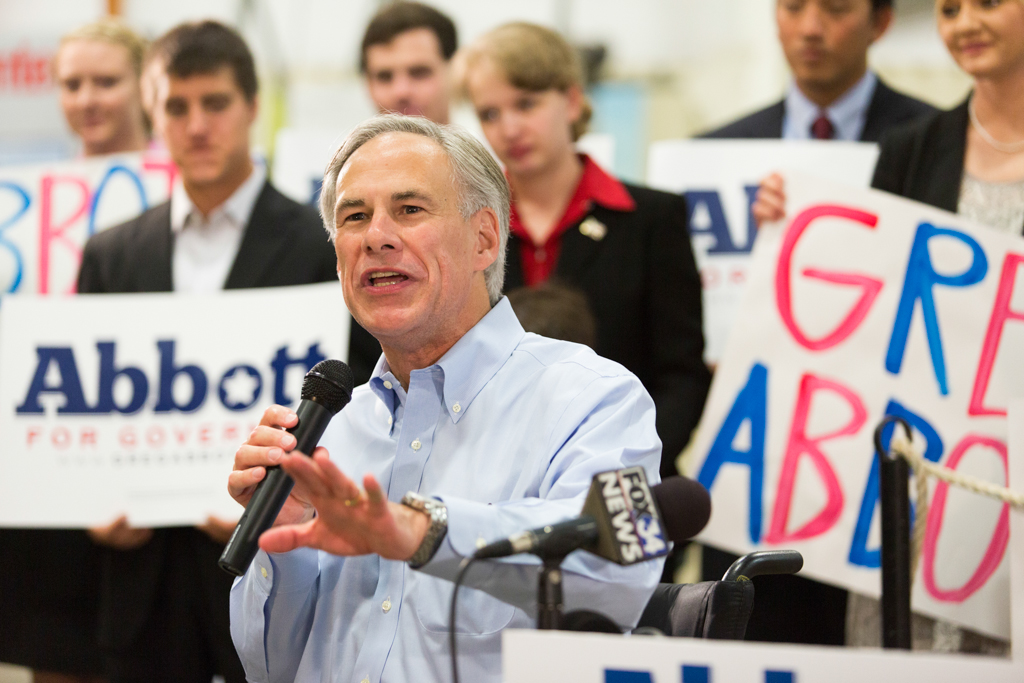