Activists on both sides of the controversial abortion legislation under consideration in the Legislature this weekend came from across the state to fill the Capitol. Reproductive rights activists wore orange; abortion opponents dressed in blue. Though the former outnumbered the latter, both groups sought to make their presence felt as a backdrop to the predictably heated debate on the House floor. After a long day and night, the House voted early Monday morning to tentatively approve Senate Bill 5, which would impose new regulations on abortions and abortion providers in Texas. Photos by Marjorie Kamys Cotera. 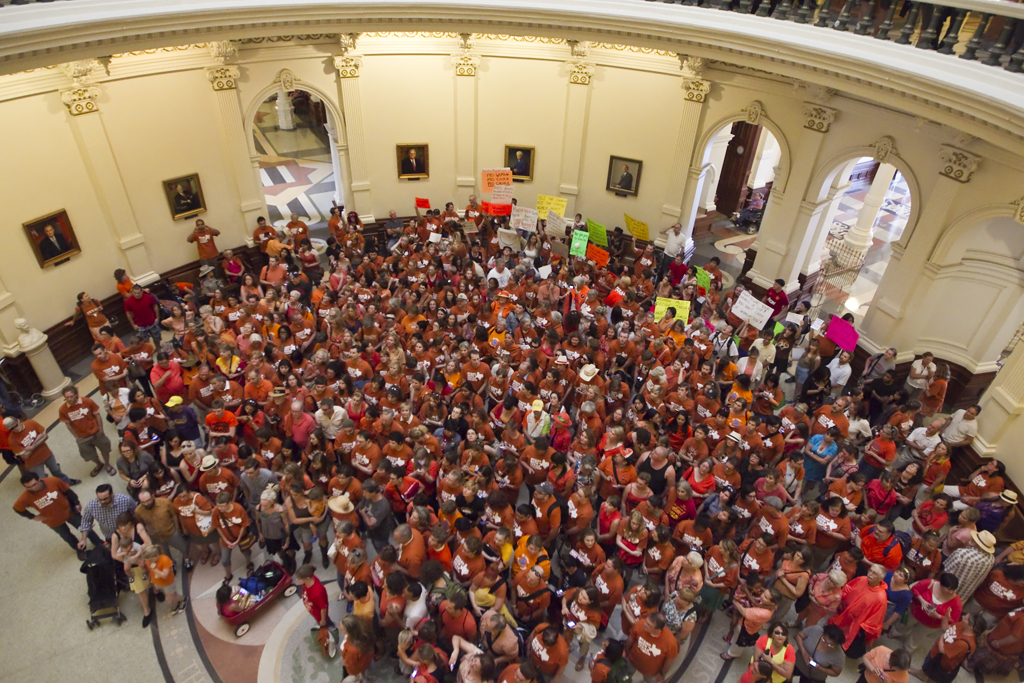 Opponents of the abortion bills fill the rotunda of the Texas Capitol. Organizers handed out orange T-shirts to attendees as they arrived. 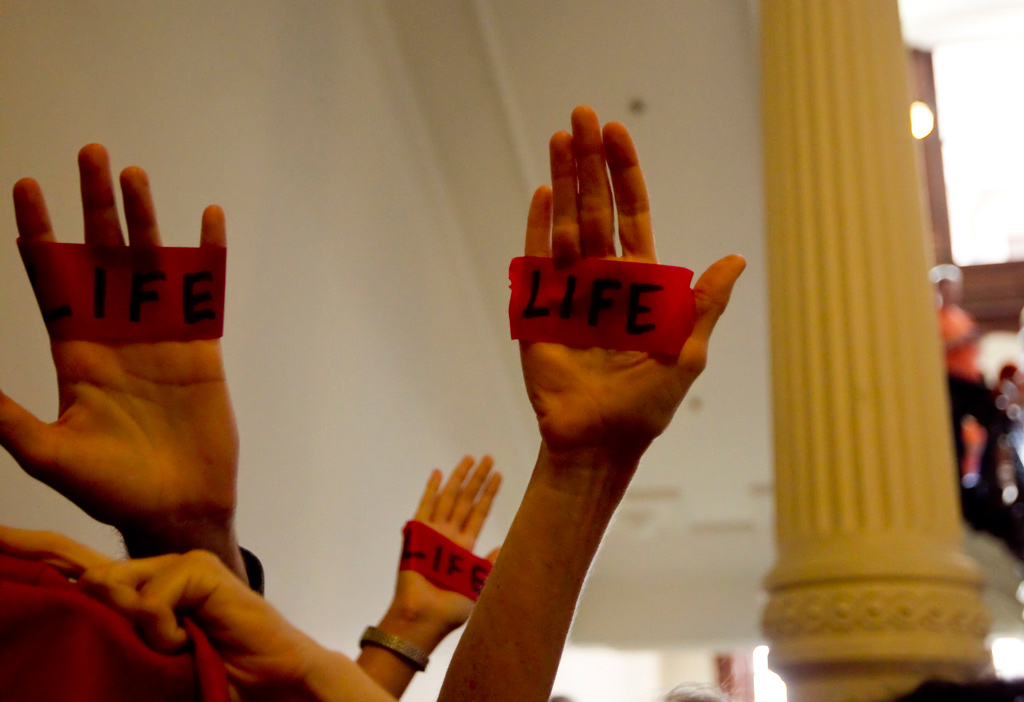 Abortion opponents show their support at the Capitol. 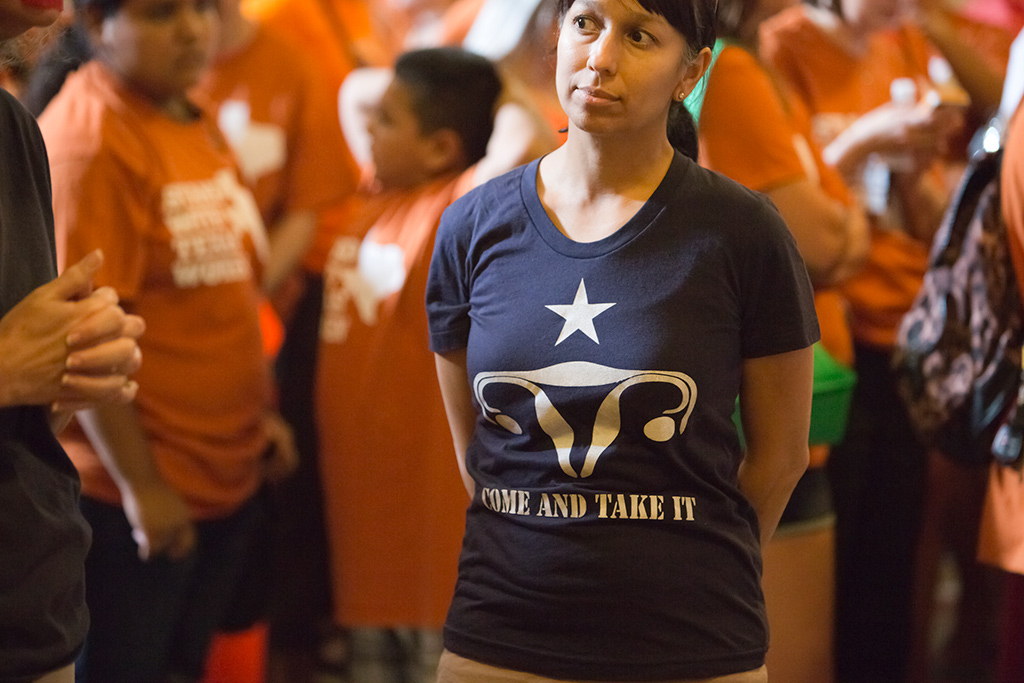 A protester stands in the Texas Capitol as the House takes up abortion bills SB 5 & HB 60. 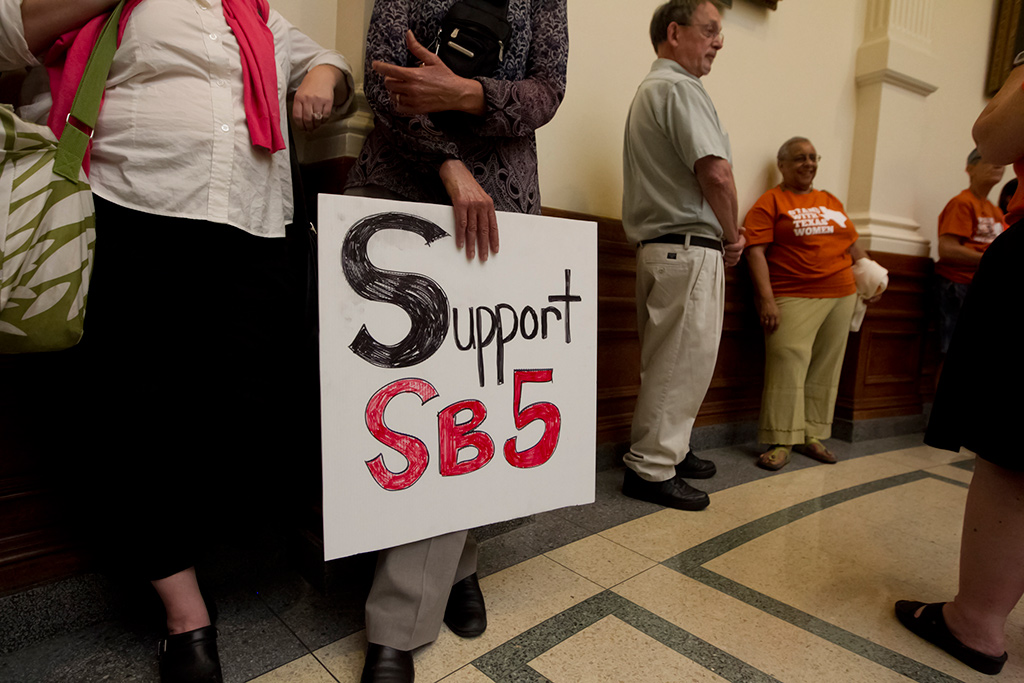 Supporters of SB 5, an omnibus abortion bill passed by the House after nine hours of heated debate. 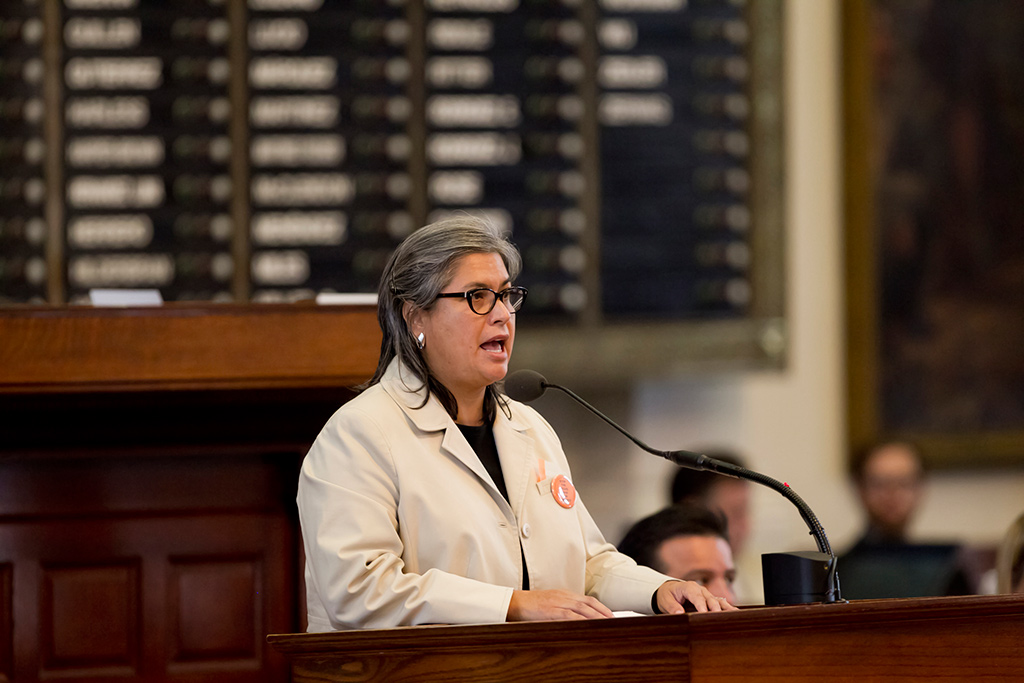 State Rep. Jessica Farrar, D-Houston, speaks on the House floor against the legislation. She led the effort to defeat SB 5, allowing Planned Parenthood and other groups to work out of her office over the weekend. 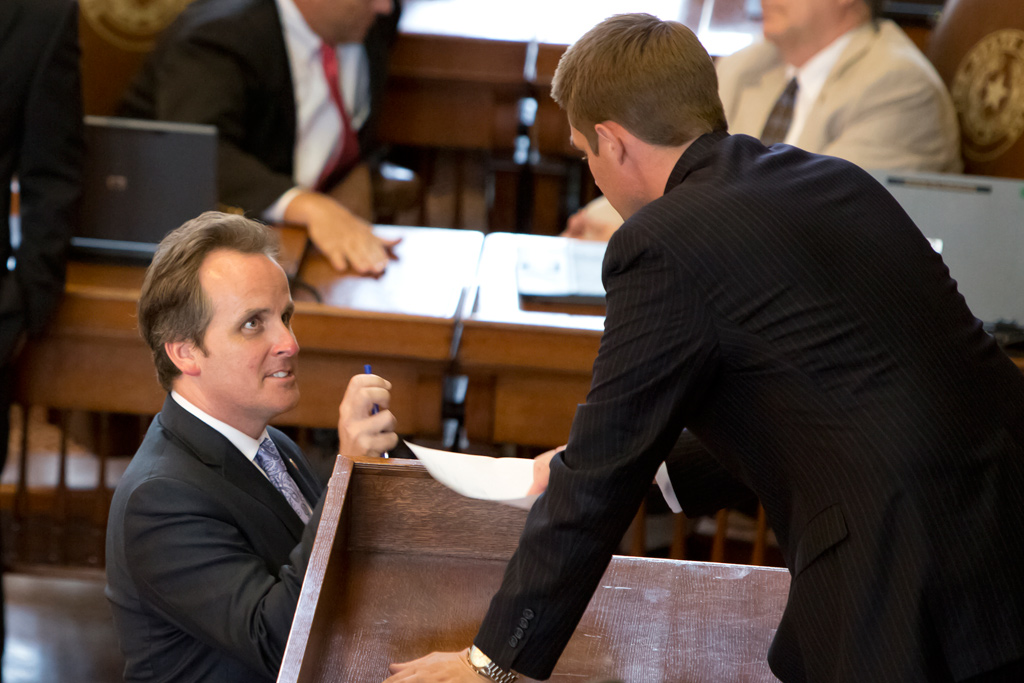 State Rep. Bryan Hughes, R-Mineola, was an ardent defender of the abortion legislation throughout the nine-hour debate. 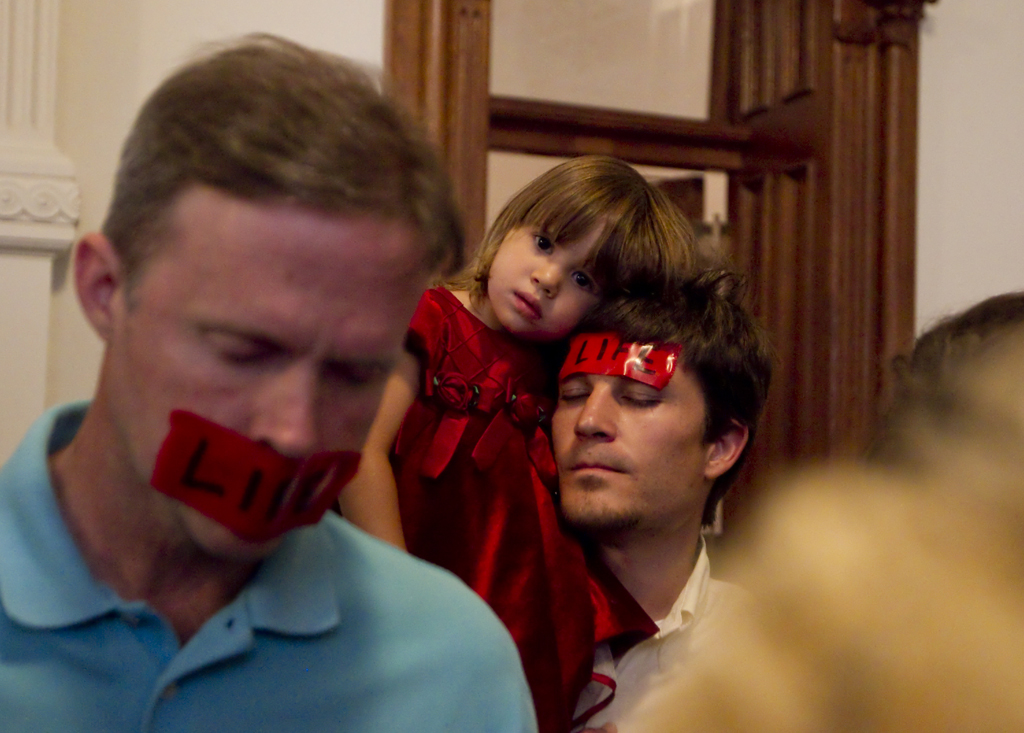 Some abortion opponents at the Capitol distinguished themselves by wearing blue. Others had tape across their mouth with the word "LIFE" written across it. 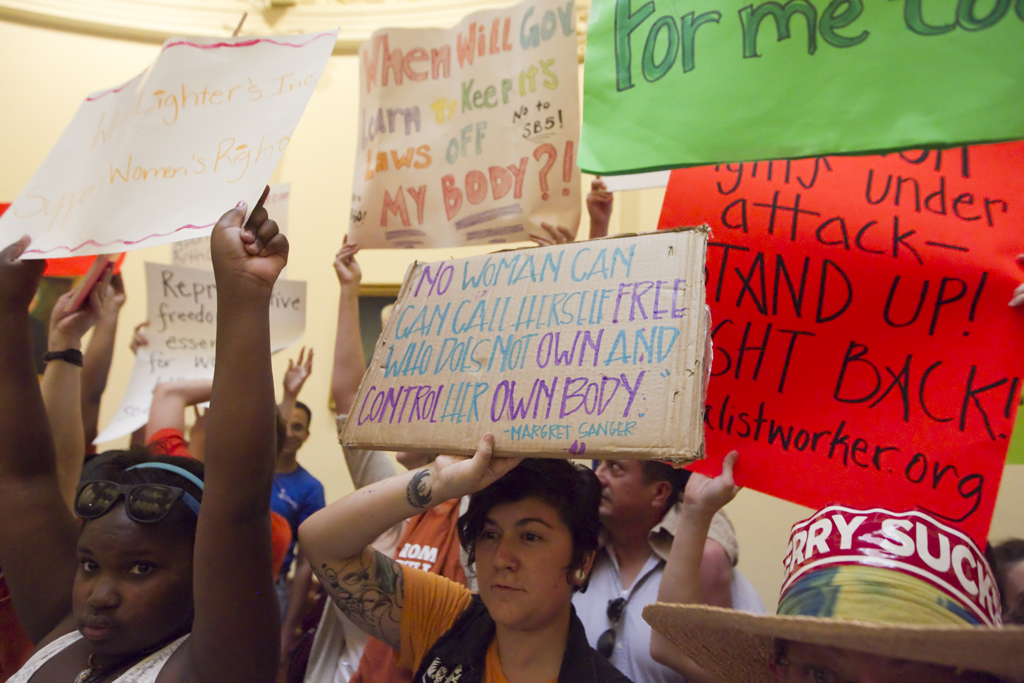 Activists came to the Capitol Sunday with a wide assortment of homemade signs. 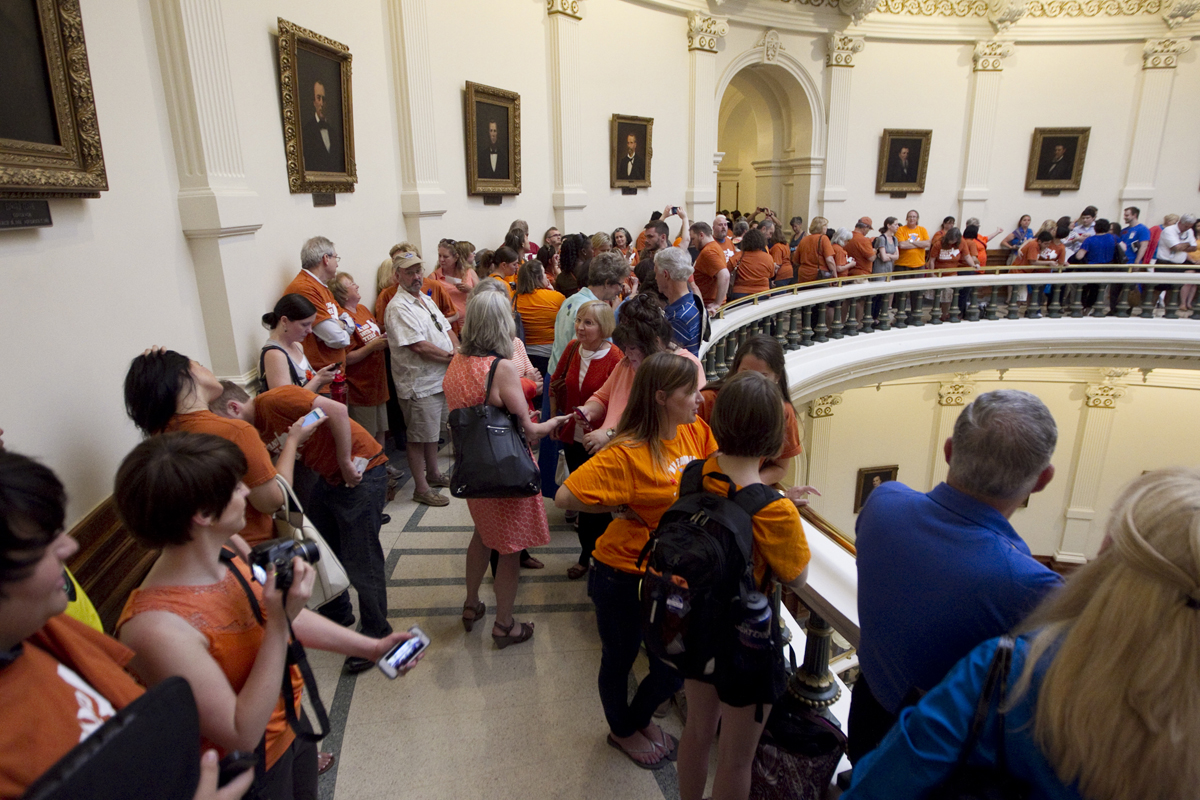 Supporters and defenders of the abortion legislation waited in line for hours to get a seat in the House gallery. 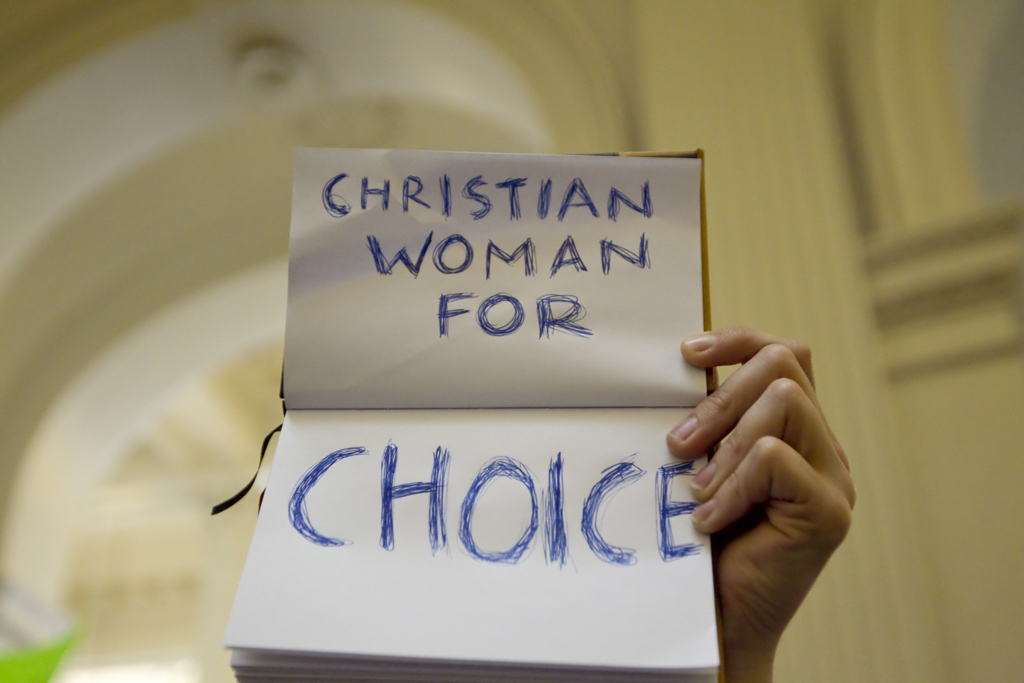 An activist opposed to abortion legislation holds up a homemade sign. 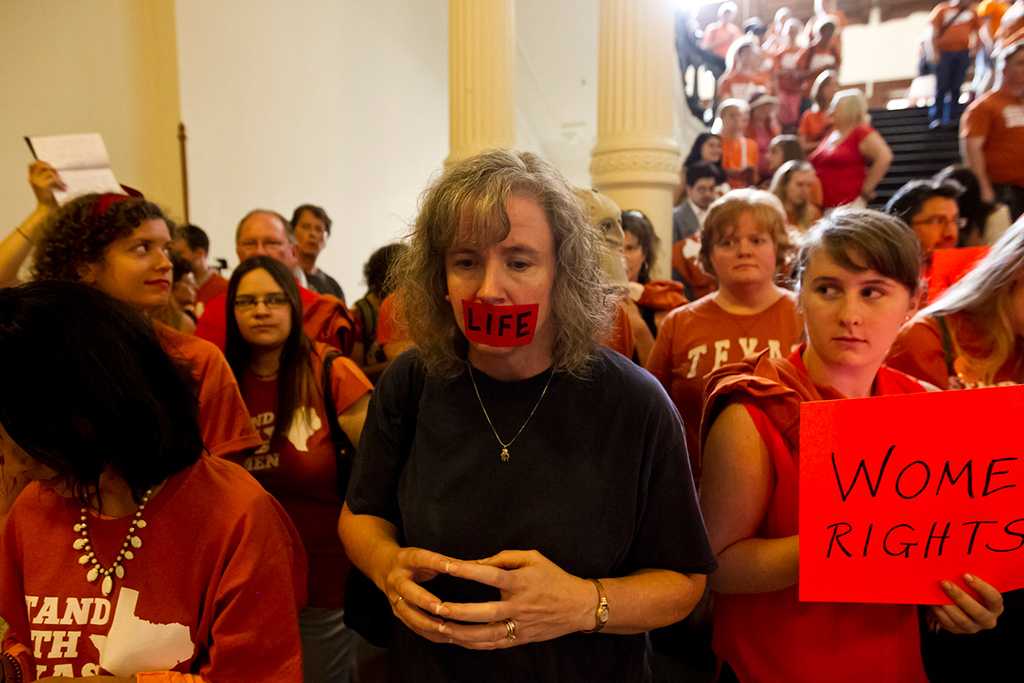 An abortion opponent amid a sea of reproductive rights activists outside the House chamber. 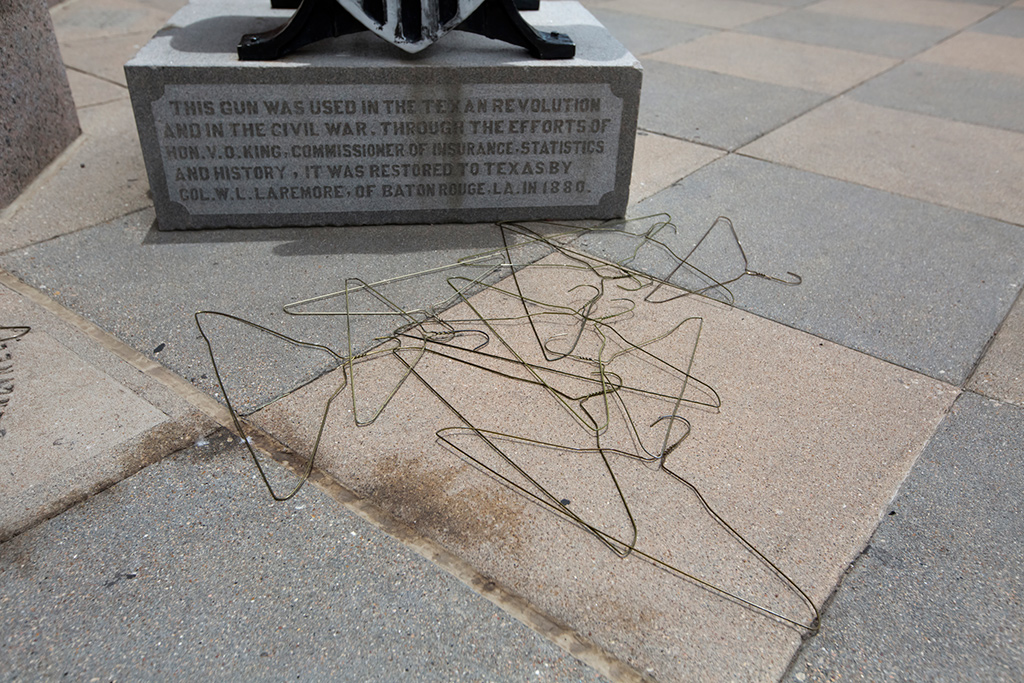 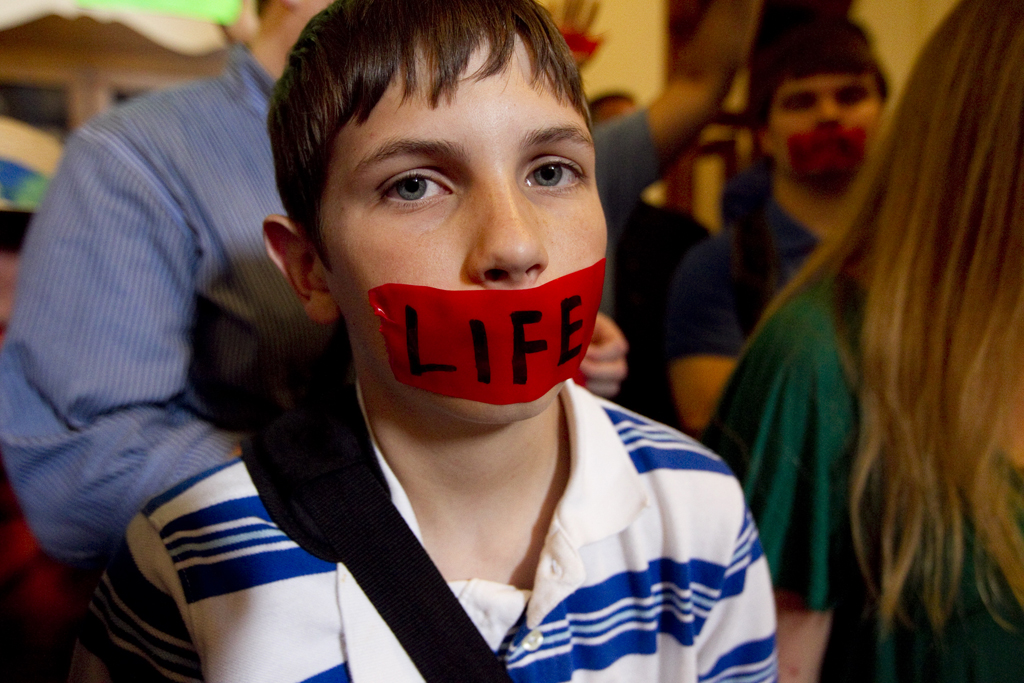 A boy stands with other abortion opponents at the Capitol. 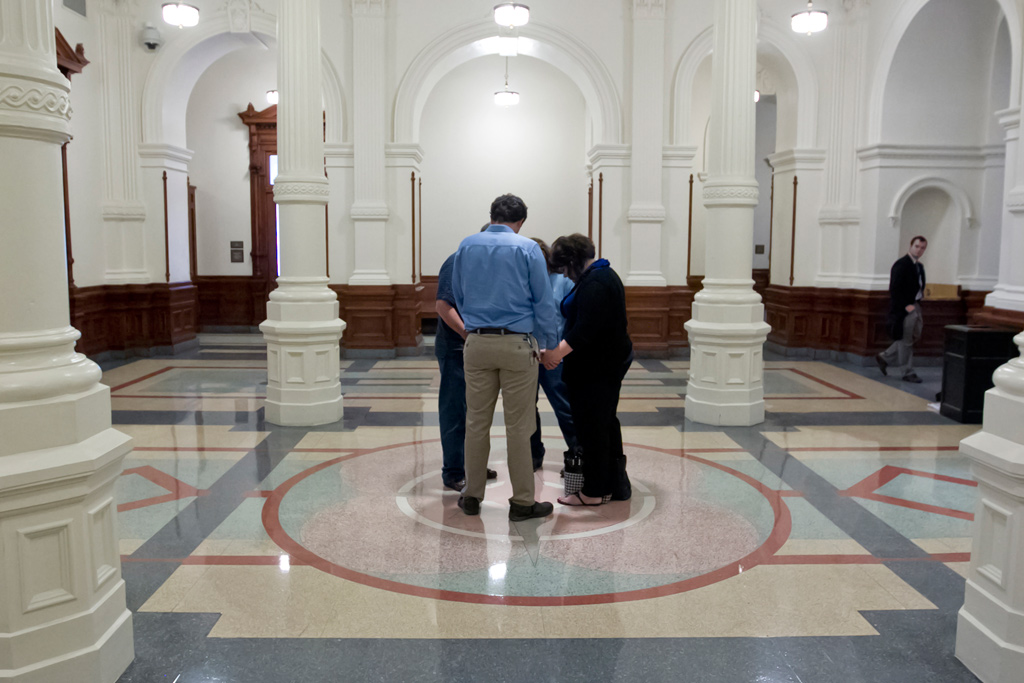 Activists praying at the Capitol.