Christine Morton was 31 years old in 1986 when an intruder walked into the North Austin home she shared with her husband Michael Morton and their 3-year-old son, Eric, and beat her to death. Last month, a Tom Green County jury found Mark Alan Norwood guilty of the brutal crime, and he was sentenced to life in prison. But for nearly 25 years before Norwood was found, Michael Morton was imprisoned for his wife's murder. He was convicted in 1987 after police and prosecutors immediately homed in on him as the culprit. DNA evidence led to Morton's exoneration and to Norwood's capture in 2011. Norwood has also been indicted for the 1988 murder of Debra Baker, and he awaits trial in that case. Norwood and his family insist that he is innocent.

The photo slideshow below provides an overview of the timeline and the players involved in the tragic case. 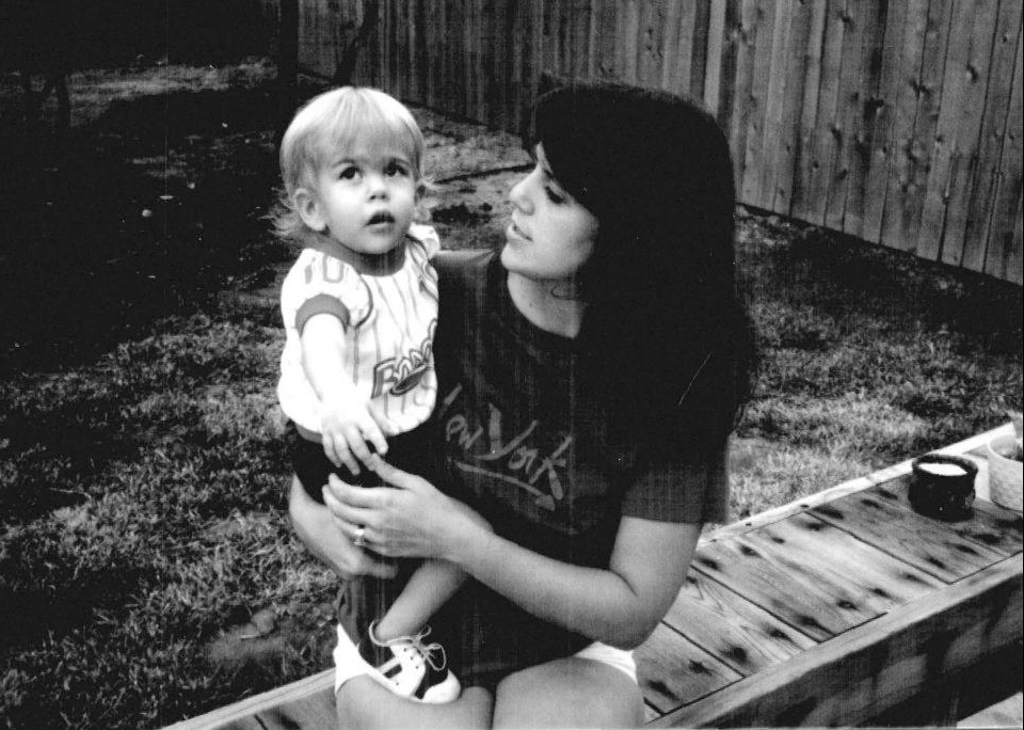 Christine Morton with her son, Eric, not long before her death in 1986. Eric was born in 1983, and he was raised by Christine Morton's younger sister, Marylee Kirkpatrick Olson. 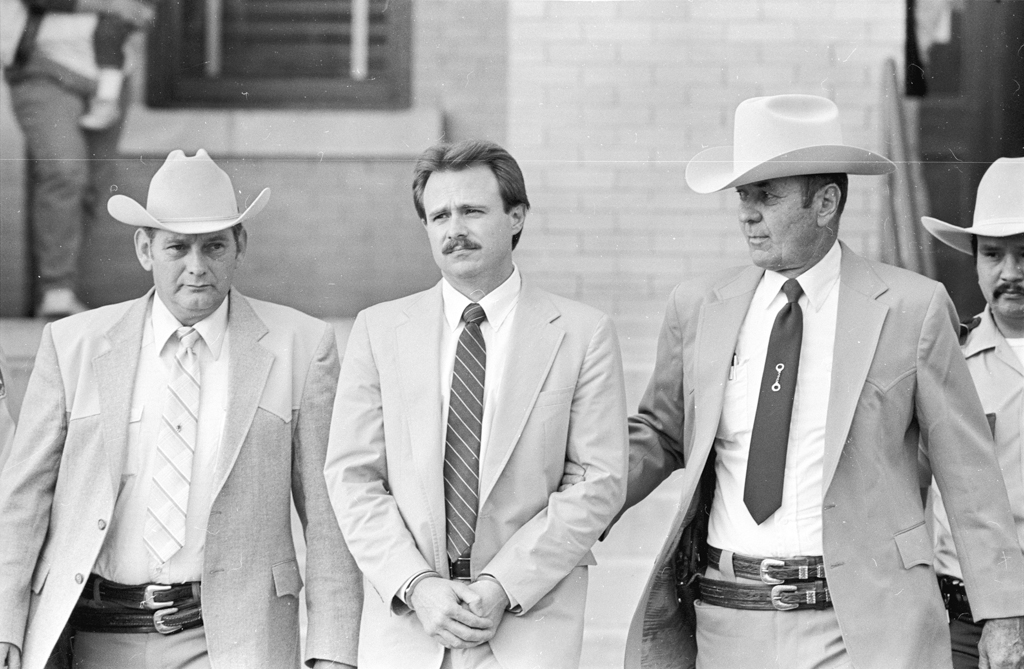 Michael Morton was found guilty of killing his wife in 1987 after then-prosecutor Ken Anderson, who is now a Williamson County state district judge, told jurors that he beat Christine Morton to death because she did not return his affections the night before, which had been his 32nd birthday. 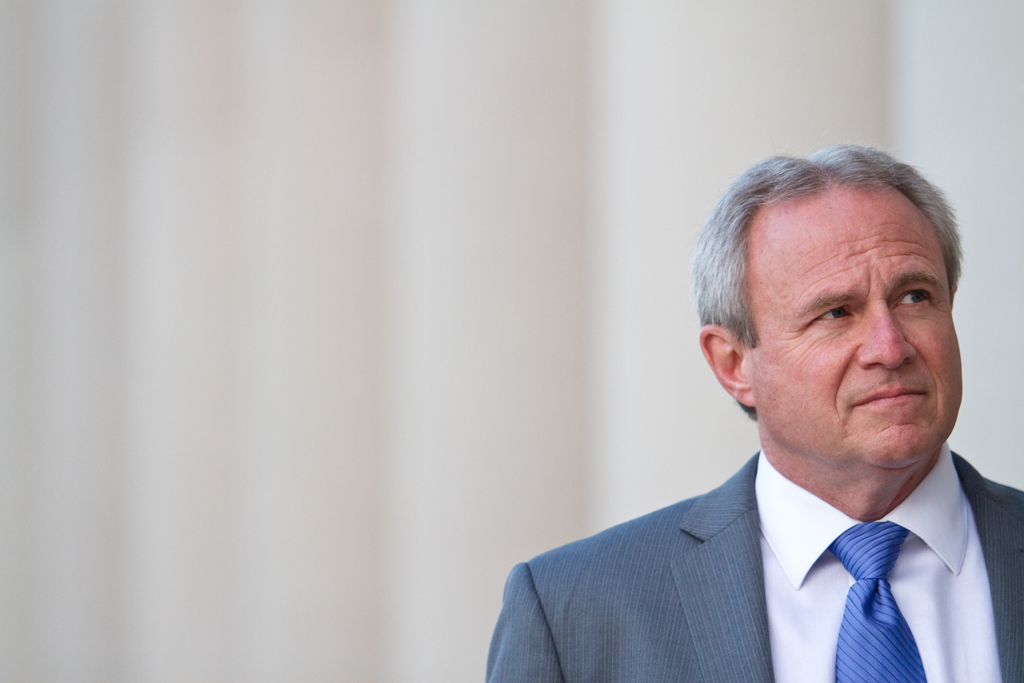 Michael Morton waits to enter the Tom Green County Courthouse for Norwood's trial. Morton was freed from prison in 2011 after testing on a bandana found near the crime scene revealed that Christine Morton's blood was mixed with biological material from Norwood. 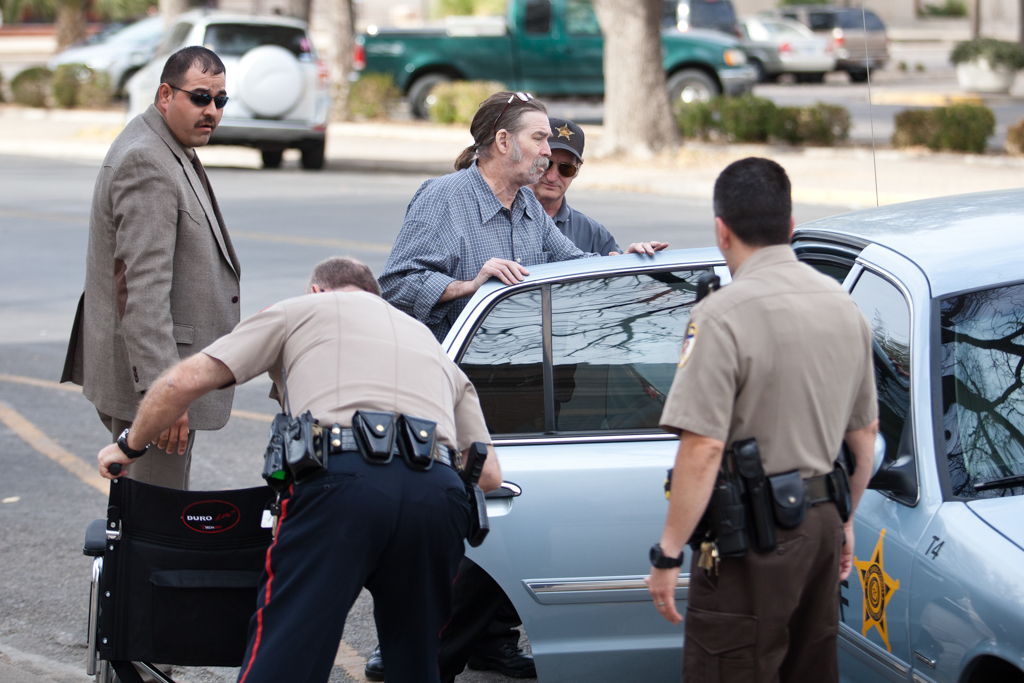 Norwood exits the Tom Green County Courthouse after the first day of his trial, March 19. Norwood was arrested for Christine Morton's murder on Nov. 9, 2011. One year later, he was indicted for the 1988 murder of Debra Baker. Both women lived in North Austin, where they were beaten to death in their beds by an assailant who used a blunt object but did not sexually assault them. Norwood contends he is innocent of both crimes. 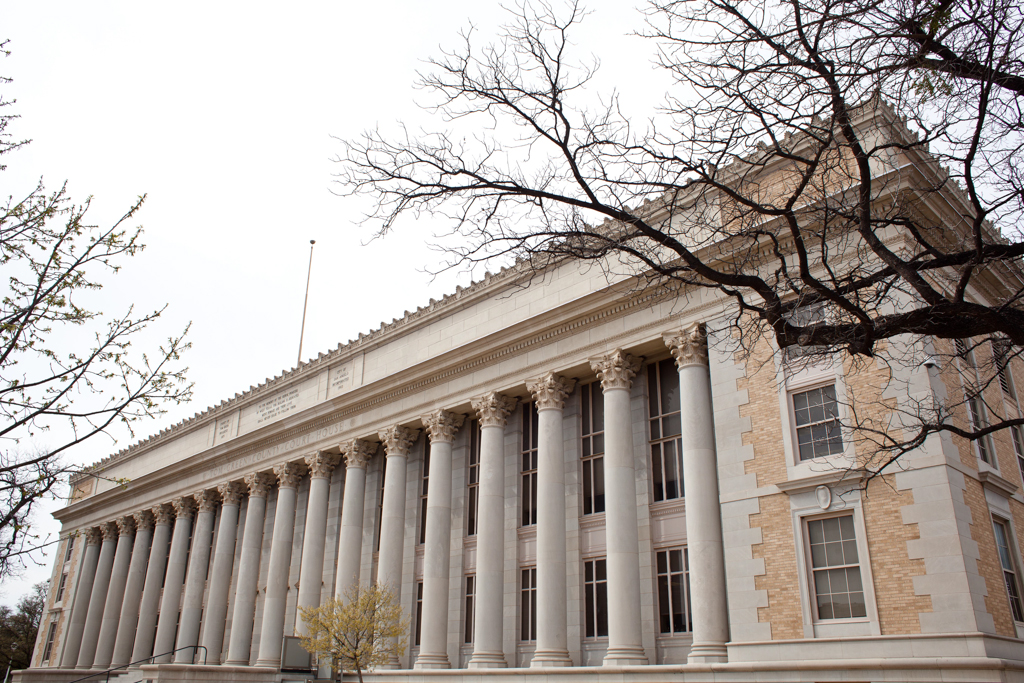 Tom Green County Courthouse, March 18. The Norwood trial was moved to San Angelo in West Texas from Williamson County in Central Texas, where the crime occurred, because of extensive media coverage in the area. 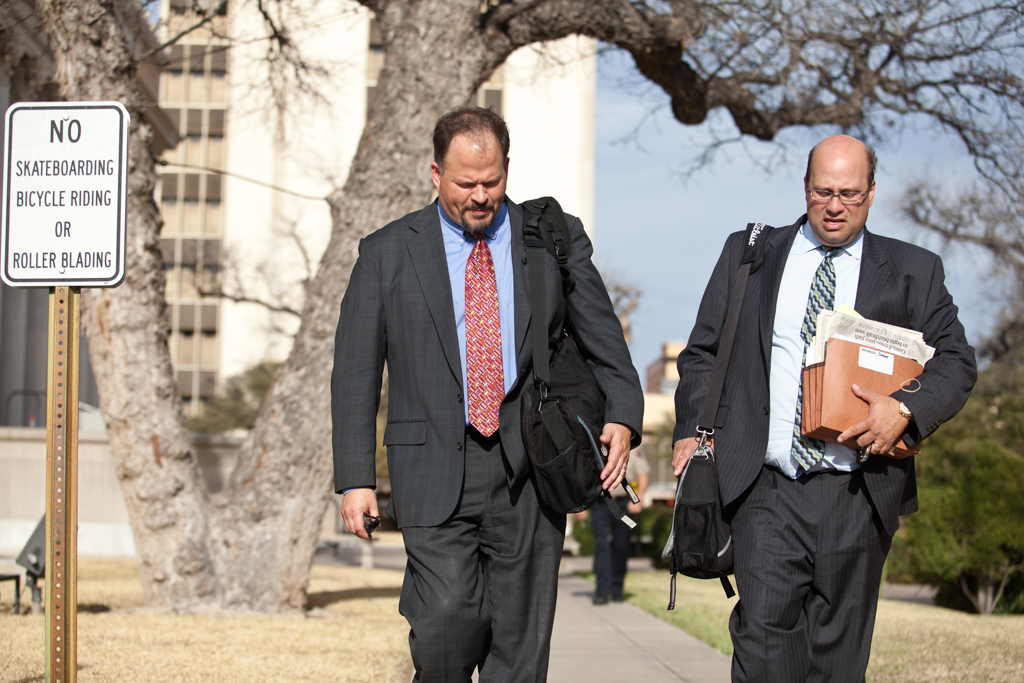 Norwood's defense lawyers, Ariel Payan, left, and Russell Hunt Jr., leave the Tom Green County Courthouse on March 19. Their case hinged on creating doubt among jurors about the credibility of the state's key evidence. They said DNA evidence on the bandana had been contaminated and that a state witness who claimed he bought a gun that Norwood stole from the Mortons' home was a liar and a thief. 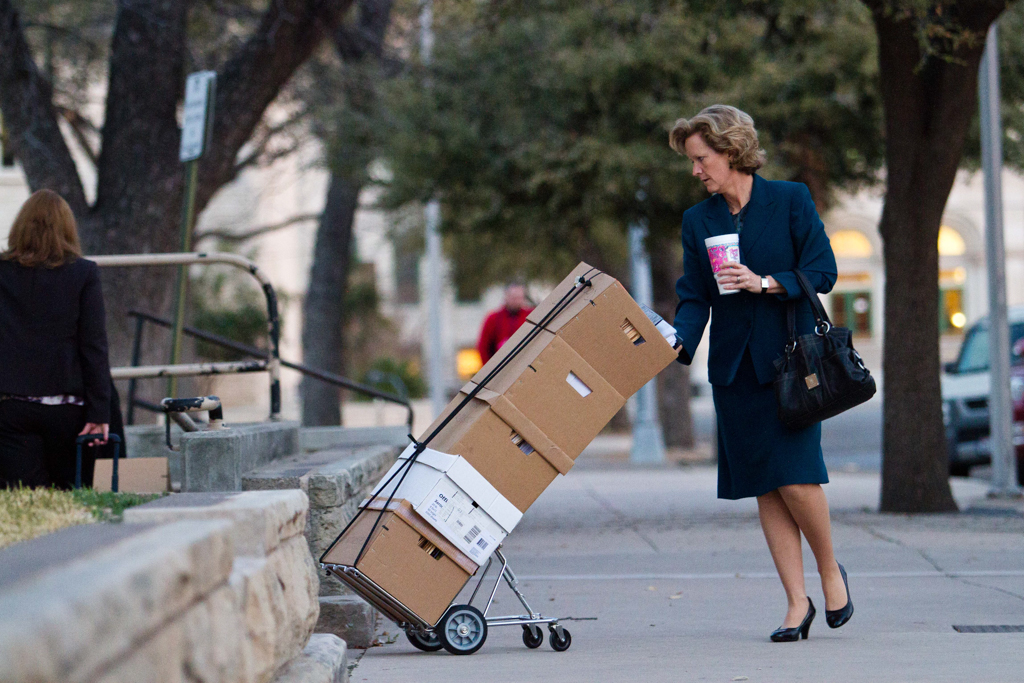 Special prosecutor Lisa Tanner, an assistant attorney general, enters the Tom Green County Courthouse for Norwood's trial on March 19. Tanner spent days presenting witnesses who explained to jurors how DNA evidence connected Norwood to Christine Morton's murder and how investigators tracked down the gun they alleged that Norwood stole from the home and sold to another man. 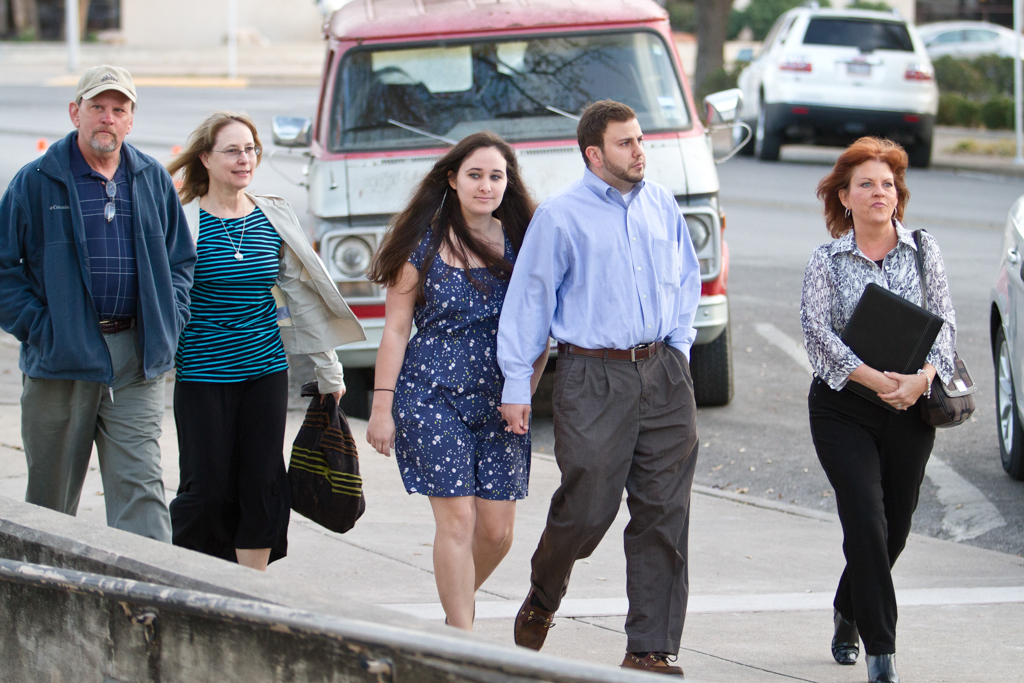 Christine Morton's family members enter the courthouse on March 19 for the second murder trial after her death 26 years ago. From left to right: Morton's brother John Kirkpatrick and his wife, Dianne; Maggie and Eric Olson, Morton's son; and Marylee Kirkpatrick Olson, Morton's younger sister. Olson raised Eric after the death of her sister and the imprisonment of his father. 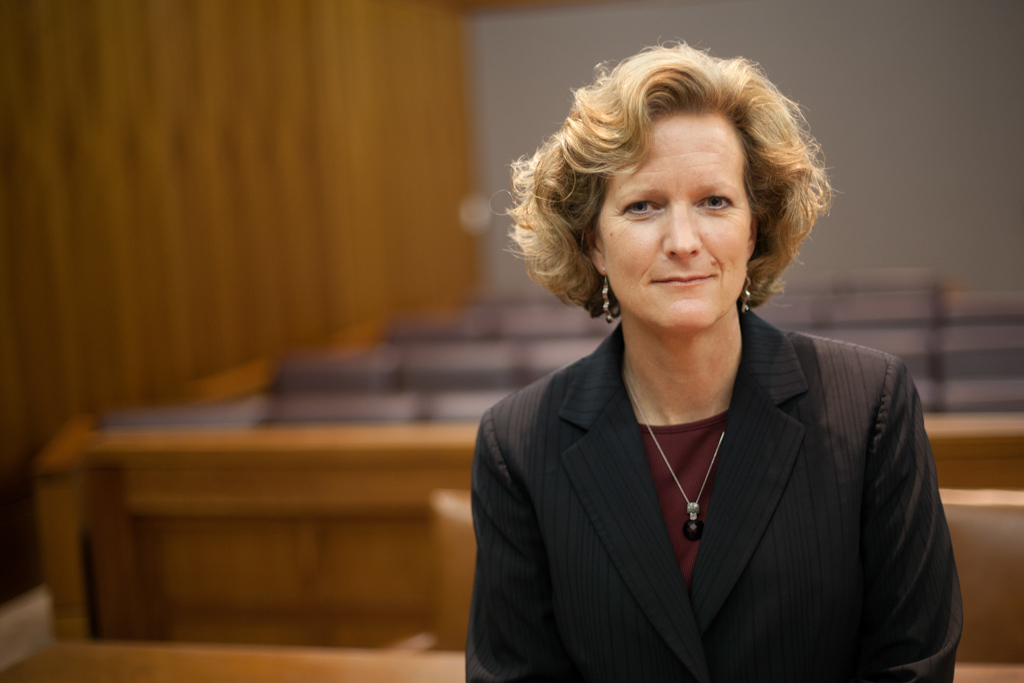 Lisa Tanner is an assistant attorney general and was the special prosecutor in the Norwood trial. She said that if Michael Morton had not been wrongly convicted of his wife's murder and spent nearly 25 years in prison insisting he was innocent and eventually pressing for DNA testing, the crime may have never been solved. 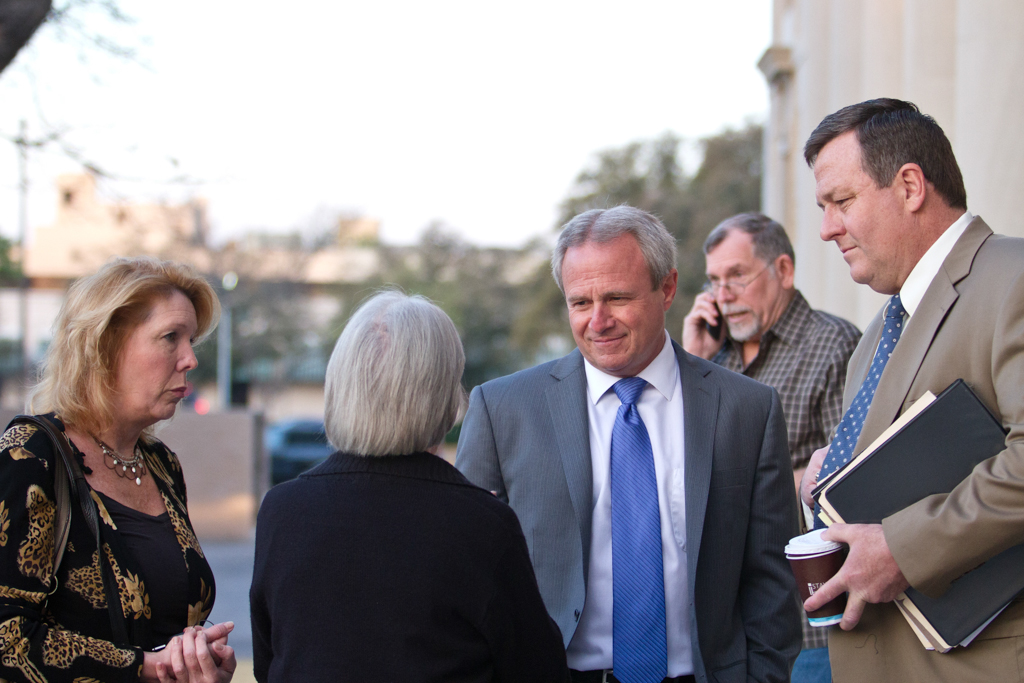 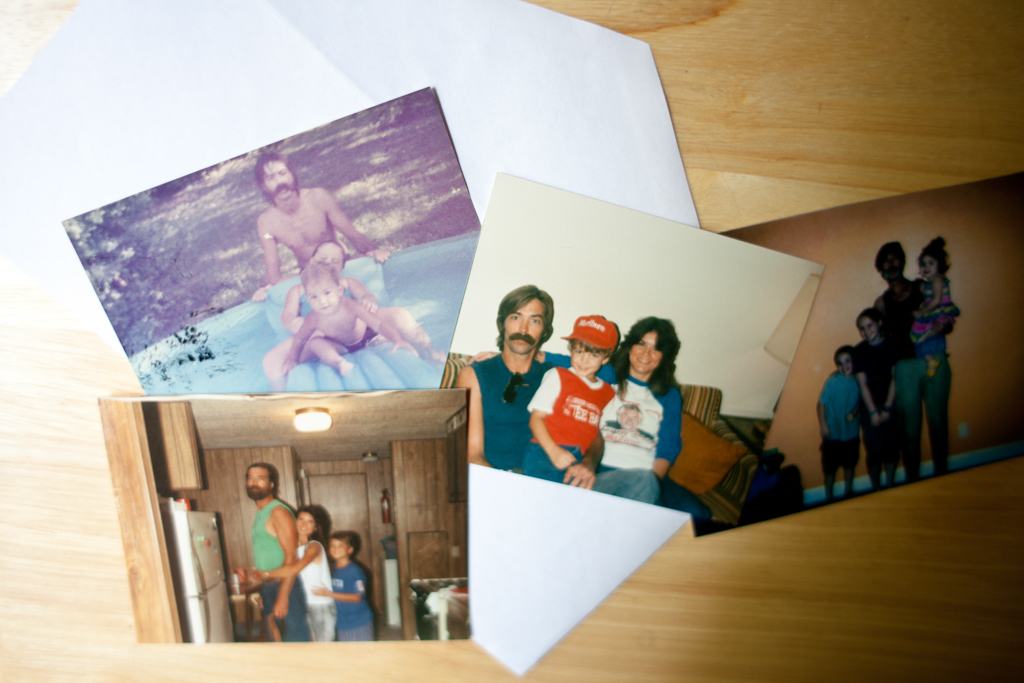 Dorothy Norwood shows old photos of her son, Mark Norwood, in the late 1980s and early 1990s with his family. She said her son was a family man and cancer survivor, and she insists that he is innocent of both murders that prosecutors allege he committed. 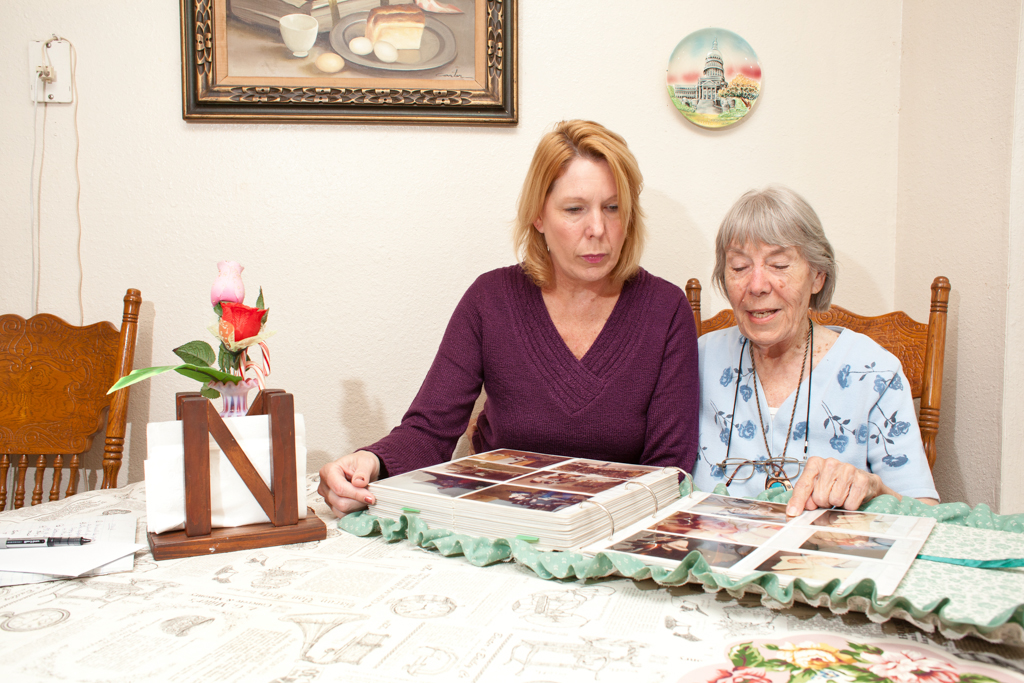 Dorothy Norwood and her daughter Connie Hoff flip through an album of family photos taken in the 1980s. The women were frustrated by Norwood's trial, which they called unfair. They said Norwood will appeal his conviction, and they are preparing to fight again when he is tried in Travis County for the 1988 murder of Debra Baker. 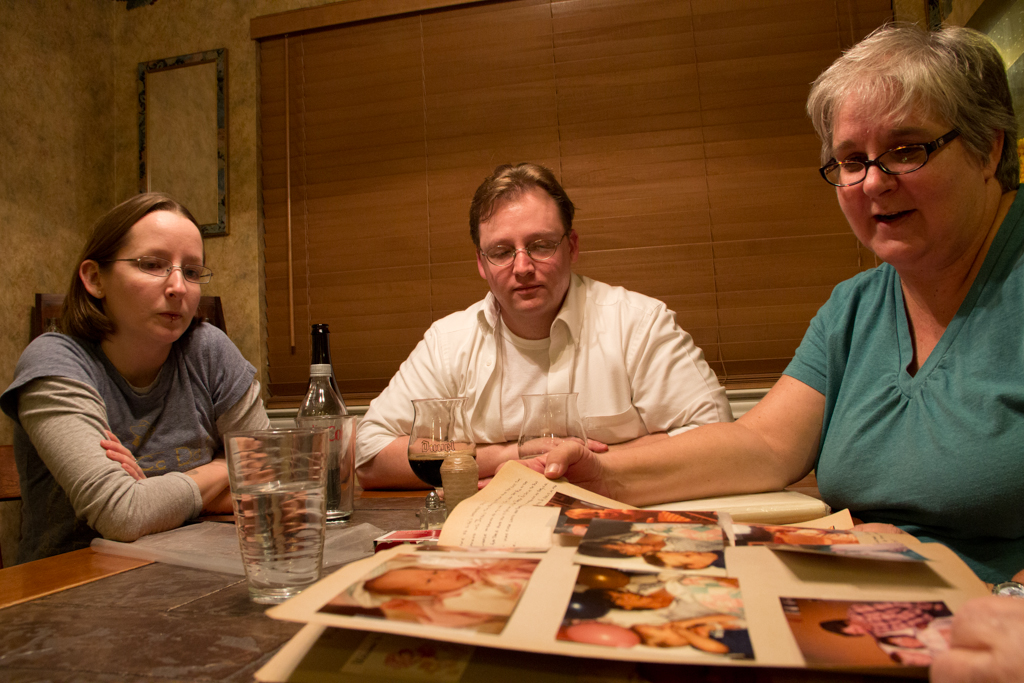 Family members of Debra Baker, who was murdered in January 1988, look at photos of her and discuss their frustrations over years of searching for any clues about her killer. Caitlin Baker, her daughter, Jesse Baker, her son, and Lisa Conn, her sister, (pictured in 2011) learned in 2011 that police identified Norwood's DNA on pubic hairs at the murder scene. They attended Norwood's trial for the Morton murder and are awaiting his trial for Debra Baker's death. 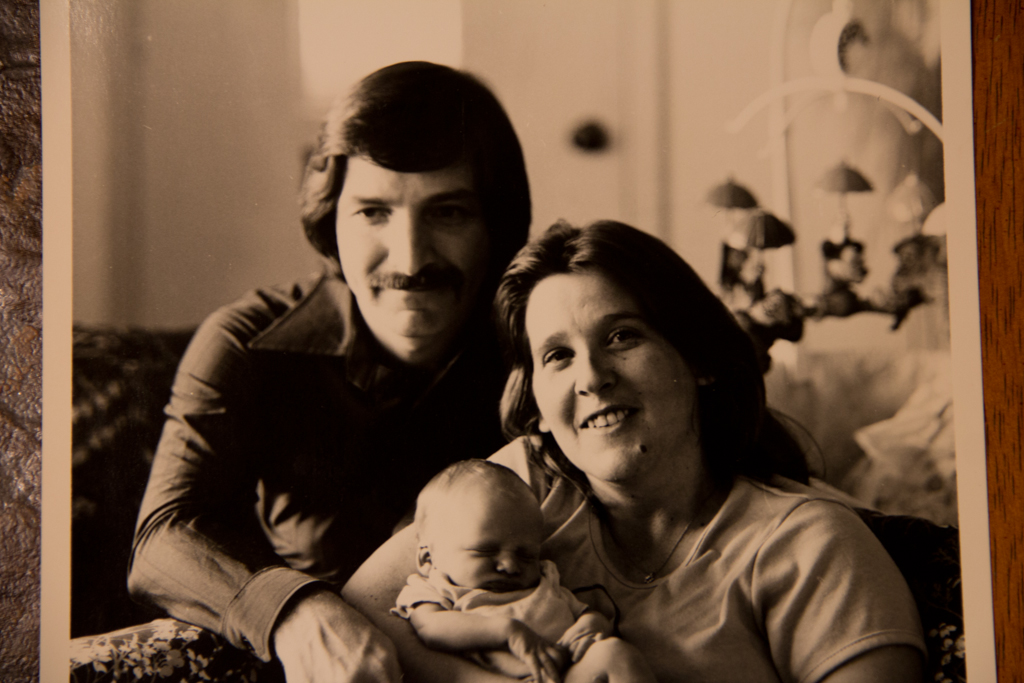 Family photos of Baker and her husband, Phillip Baker, with their son Jesse. During Norwood's trial in the murder of Christine Morton, prosecutors told the jury that the two women were murdered in similar fashions. Both were beaten with blunt objects while they were in bed by an intruder who entered through a sliding glass door. Neither were sexually assaulted, and in both cases the murderer stole one high-dollar item while leaving other valuables untouched. 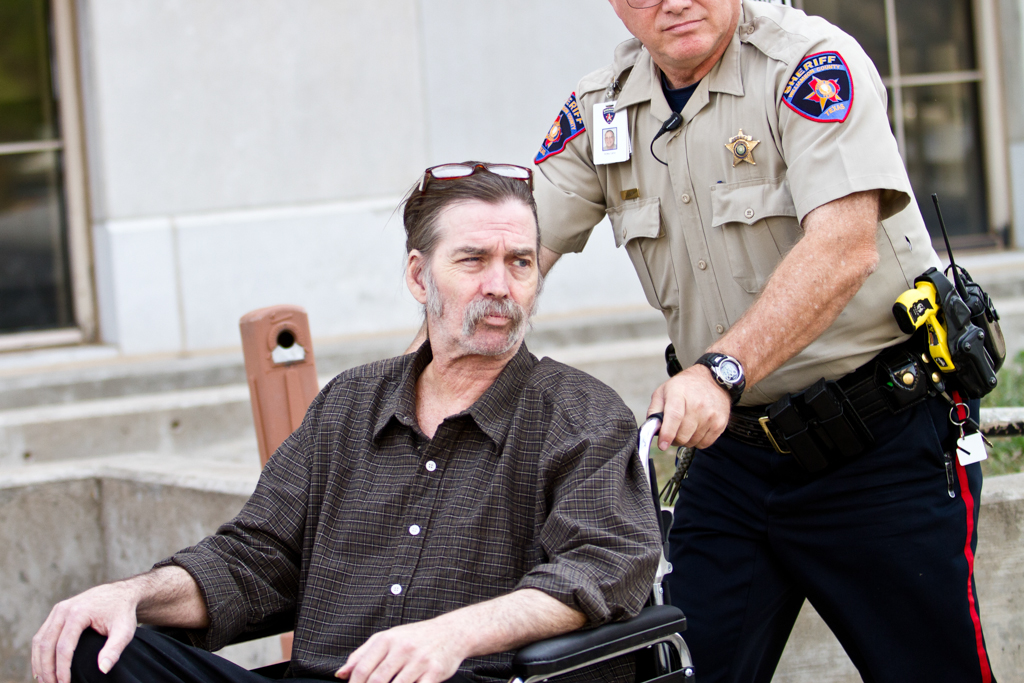 Norwood exits the Tom Green County Courthouse after jury selection on March 18. The jury convicted Norwood after about three hours of deliberation. Prosecutors did not seek the death penalty, so he received an automatic life sentence and will be eligible for parole in 15 years. Norwood has already filed a motion for a new trial. His lawyers say the prosecutor brought in prejudicial information when she told the jury about the Baker murder, for which he has not been convicted. For Norwood and his family, a long road lies ahead with another murder trial in Travis County and expected appeals of his conviction in the Morton murder.