More than $1.6 billion and disagreements on how much Texas should spend on public education and Medicaid separate the budgets proposed by the House and Senate.

The Senate also invests $2.1 billion more in health and human services. A large portion of that extra spending, $974.5 million, covers projected growth in costs associated with Medicaid such as more Texans enrolling in the program and general medical cost inflation. The House budget does not address those costs.

"Our bill does not include cost growth, does not include rate increases, and we need to address those things," state Rep. Jim Pitts, R-Waxahachie and the chamber’s chief budget writer, said last week.

Assuming the House proposal passes that chamber, members from both the House and Senate will meet in conference committee to resolve differences between the two plans.

The final product is likely to be larger than what either side has proposed. Neither budget addresses large shortfalls in transportation or water funding, two issues many lawmakers have discussed tackling this session. Legislators have also said they are considering additional spending on tax reform and further reversing last session’s public education cuts.

Lawmakers are also waiting on an updated revenue projection from Comptroller Susan Combs. If she tells them there is more revenue available than what she estimated in January, lawmakers may feel more comfortable spending more.

Below is a graph showing how the two plans fare on the five largest parts of the Texas budget. The five areas — health and human services, public education, higher education, public safety and criminal justice, and business and economic development – make up more than 90 percent of the proposed budgets. The data is from the Legislative Budget Board. 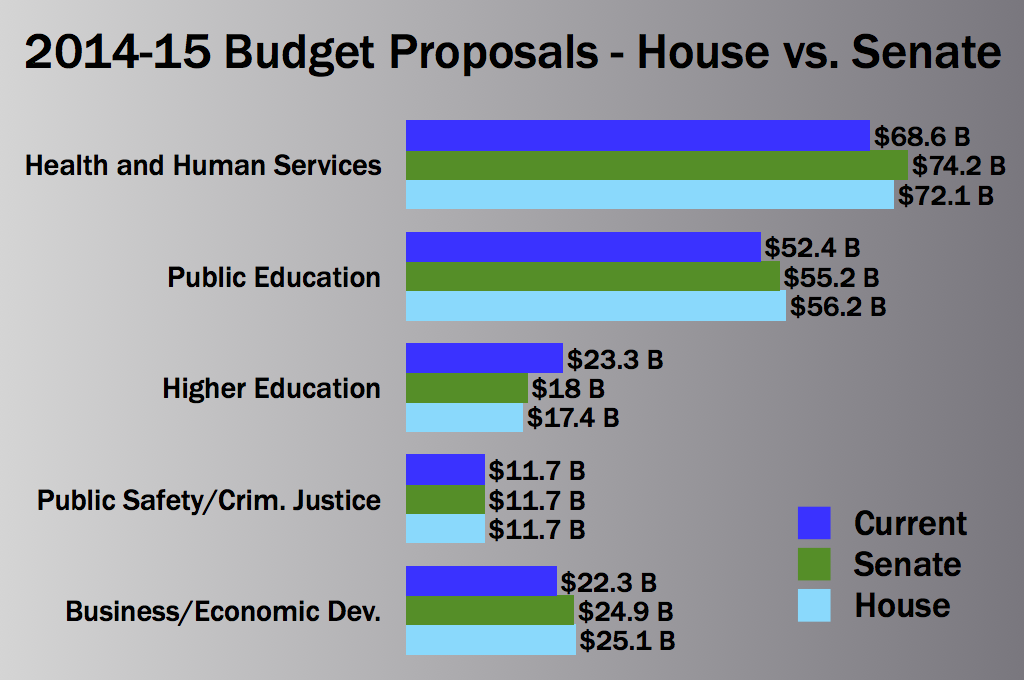 One note: The higher education portion of the above graph is misleading. This session, lawmakers ended a long-standing practice of including in the budget patient income from health-related higher education institutions. Moving that income "off the books" removed $6.1 billion in higher education spending from the House and Senate proposals, which makes it appear that spending is being cut. It is not. In fact, both proposals increase funding for higher education.

And here is a graph showing how the two plans measure up in terms of general revenue, the portion of the budget that state lawmakers have the most control over. Overall, the Senate budget spends $94.1 billion in general revenue, $600 million more than the House budget. General revenue typically makes up roughly half of the state budget. 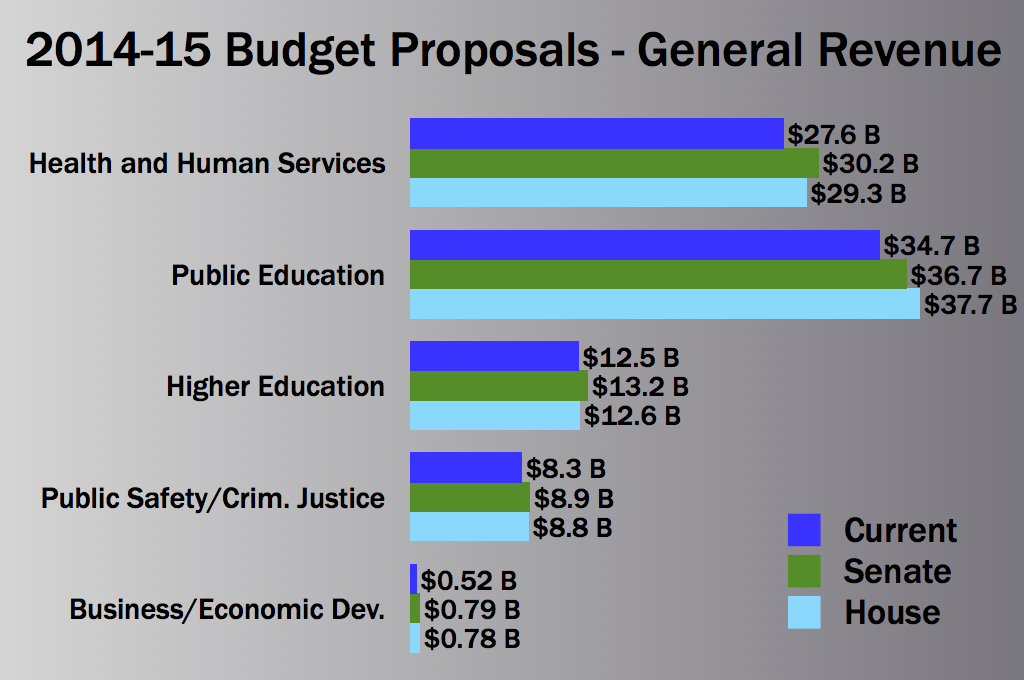