The Hotlist remains relatively static as we enter early voting (it begins on Monday and runs though Friday, Nov. 2), but this week, we've gathered the latest campaign finance numbers from the top candidates on the list. Some of the differences are surprising; for instance, in the CD-14 race to replace U.S. Rep. Ron Paul, Democrat Nick Lampson has almost eight times as much money as Republican Randy Weber, who had an expensive primary and now faces a tough general election.

Some of the numbers don't tell the whole story; in the other competitive congressional race on the ballot — CD-23 — third parties are spending as fast as the candidates.

We begin with the Hotlist itself, followed by a sortable table of the money reported raised, spent and held by the candidates as of the latest reports. 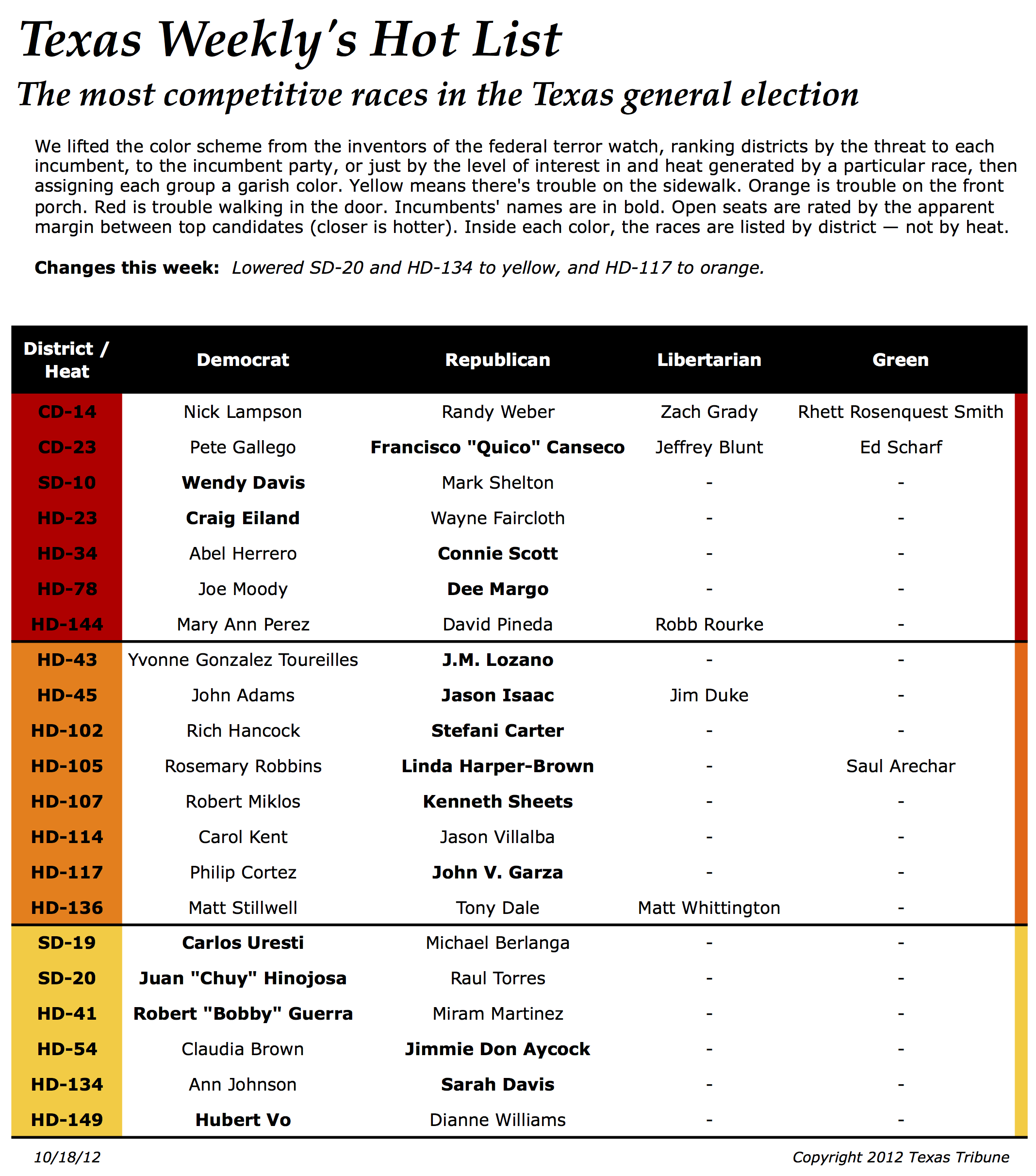 A note about the table: federal candidate totals are current as of the October quarterly and monthly filing, representing all campaign finance activity in this cycle up to Sept. 30. State candidate totals come from the 30-day reports, and reflect contributions and expenditures since the mid-year state filing.