Public university libraries throughout Texas distinguish themselves by acquiring special collections that contain items that cannot be found anywhere else. Although this makes them a draw for scholars and researchers, most of the items are also available for the public to see. The offerings vary significantly by collection and institution. Some items are primarily of local interest, while others are international. Some are just a few years old, while others go back centuries. Here is a very small sampling of materials that can be found  at universities around the state. 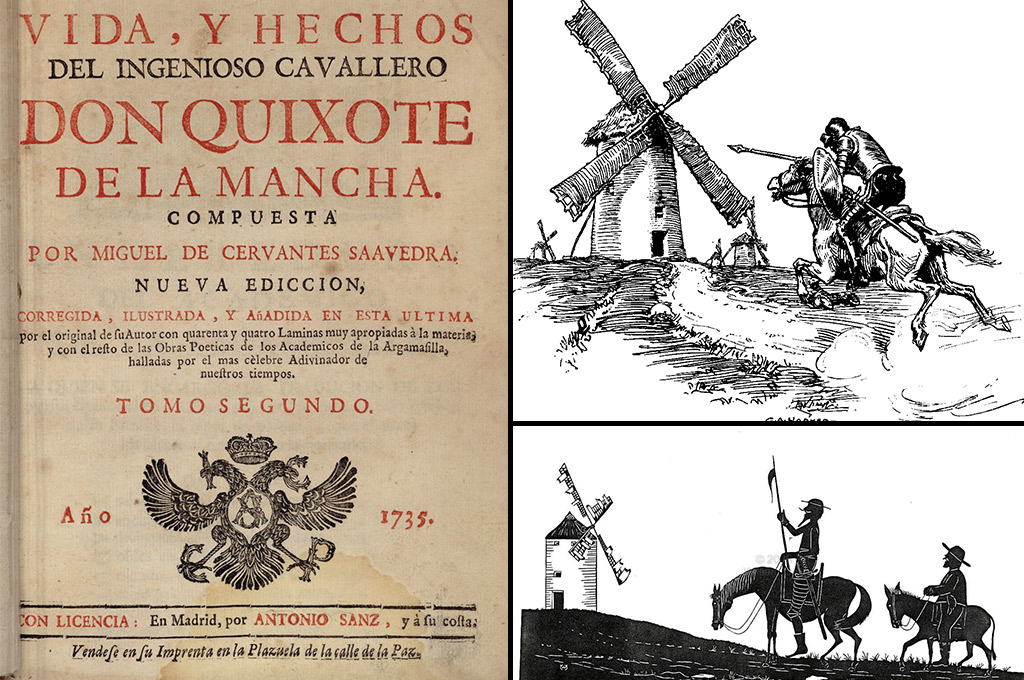 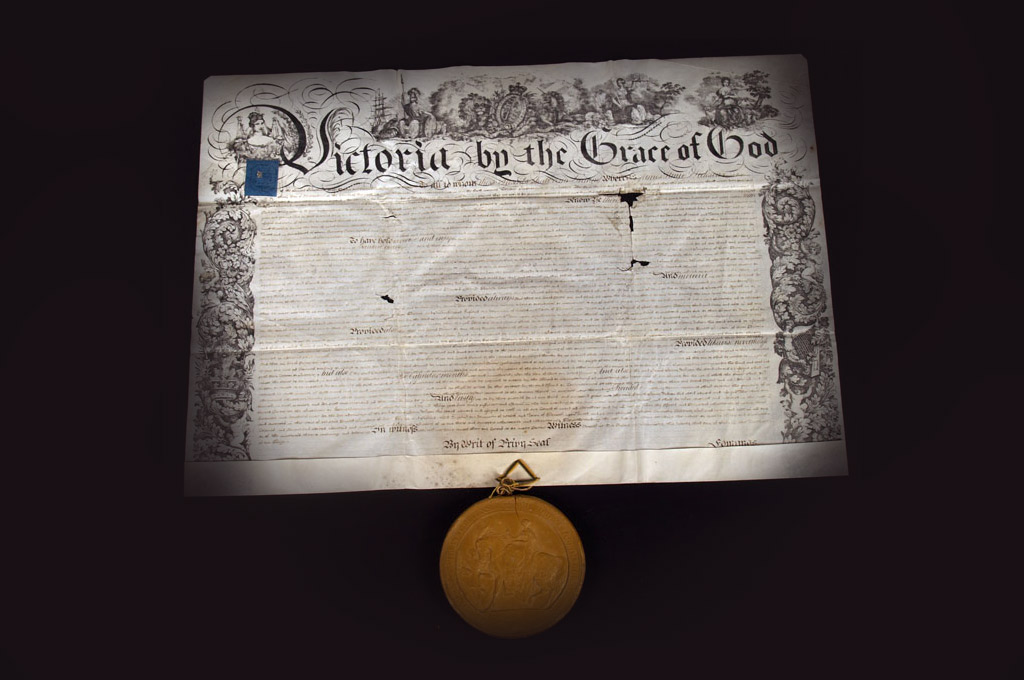 This 1840s-era patent for “certain improvements in saddles” by James Henry Dickson, Esquire Captain of Half Pay of Cheltenham in the County of Gloucester, bears the official seal of “Victoria, by the Grace of God of the United Kingdom of Great Britain and Ireland, Queen Defender of the Faith.” It ended up a long way from home in Texas Tech University’s Southwest Collection/Special Collections Library. This potograph comes courtesy of the Southwest Collection/Special Collections Library, Texas Tech University, Lubbock, Texas. 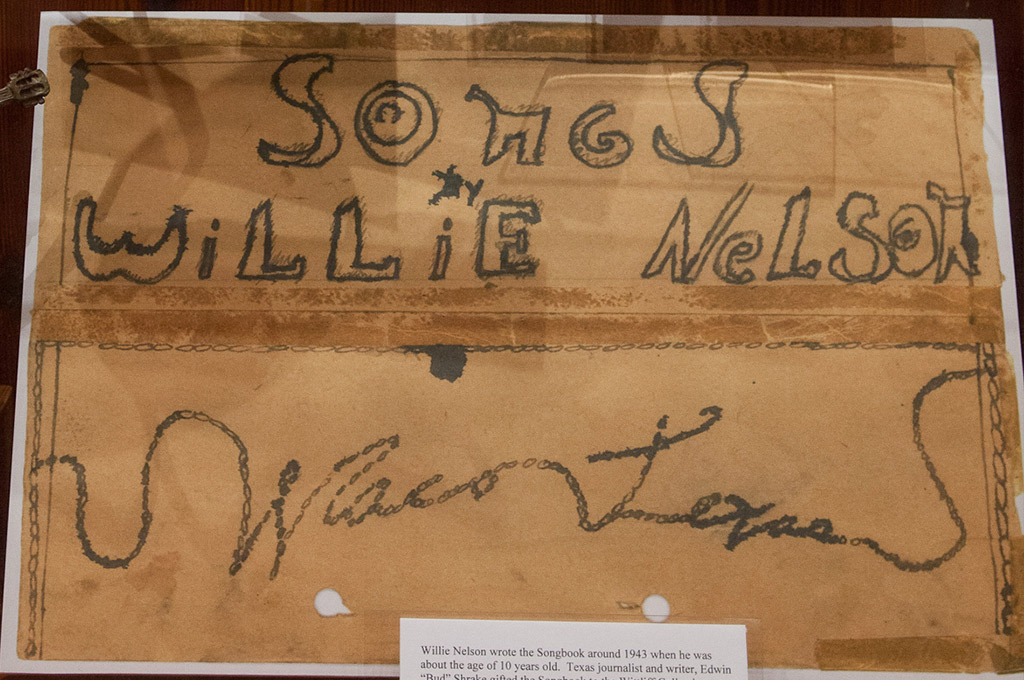 The cover of this songbook was handmade by an 11-year old Willie Nelson, and it now resides in the Wittliff Collections at Texas State University in San Marcos. It is one of the favorite items of screenwriter Bill Wittliff, who founded the collection. “The lyrics for a kid that age are so sophisticated,” Wittliff said of the book’s contents. “It is a magic mirror of who Willie came to be.” 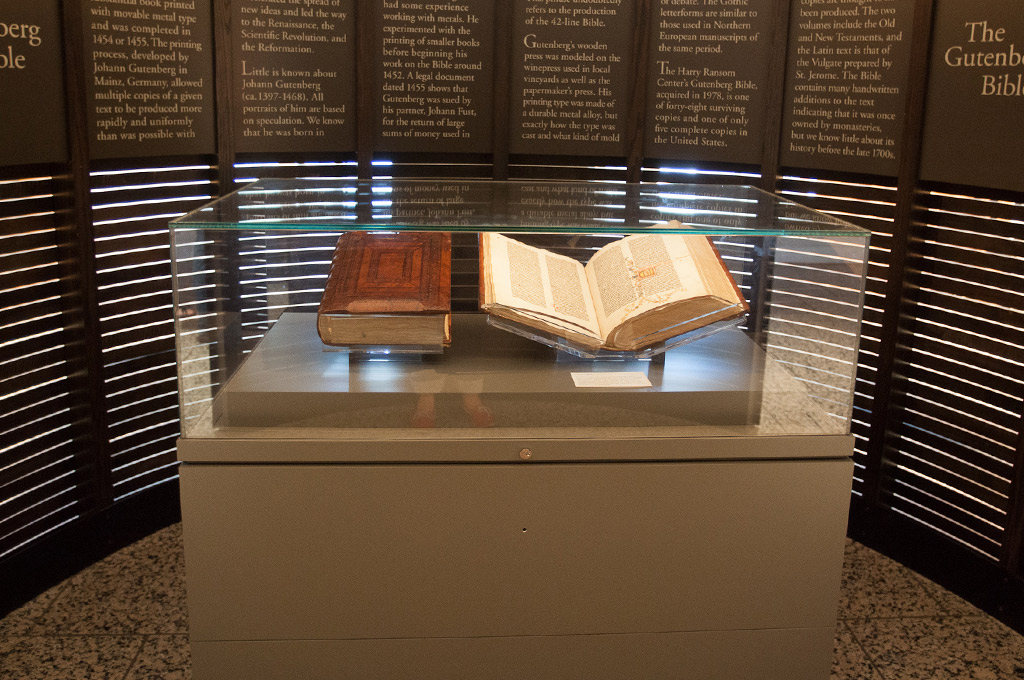 The Gutenberg Bible was the first book major book printed using movable type. Put together by Johann Gutenberg in Germany in the mid-15th century, this edition is one of five complete copies in the United States. It is on permanent display at the Harry Ransom Center at the University of Texas at Austin. 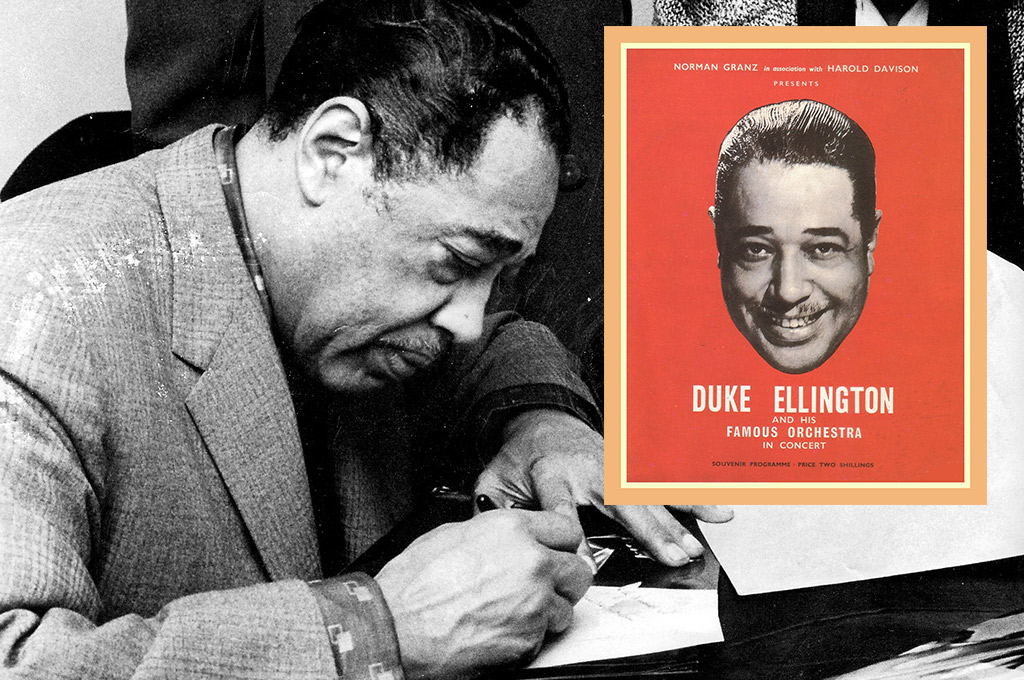 The University of North Texas is well known for its music programs, so it’s no surprise that it has numerous music collections, one of which focuses on famous band leader Duke Ellington. The university’s collection includes 88 reel-to-reel tapes of rare performances and interviews, many of which cannot be found anywhere else. 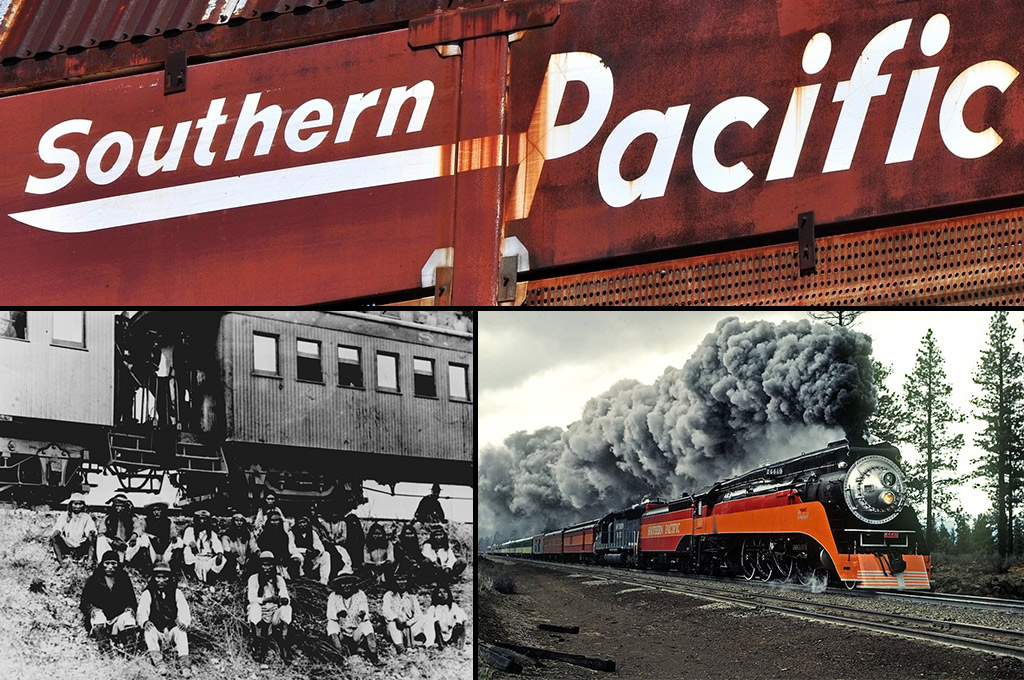 Among the collections at the University of Texas at El Paso are records from the Southern Pacific Railroad Company’s Rio Grande Division, which began laying down rails in the area in the late 19th century. The collection includes correspondence, ledgers, contracts, legal files, maps and photographs, among other items. 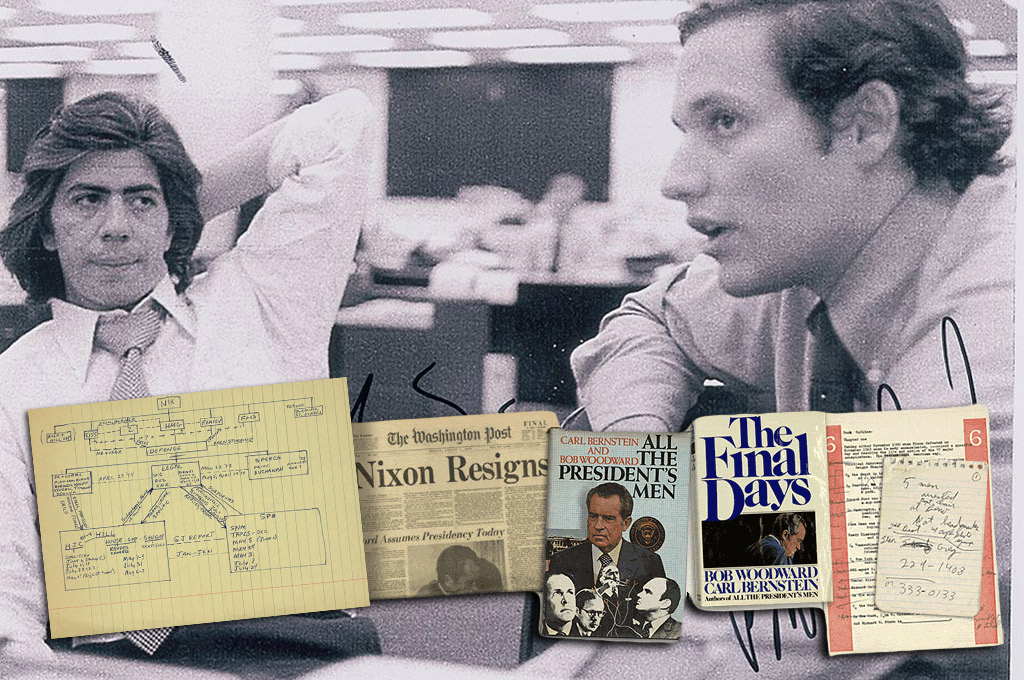 In 2003, the University of Texas at Austin’s Harry Ransom Center paid $5 million for Bob Woodward and Carl Bernstein’s Watergate papers. In return, Woodward and Bernstein established a $500,000 endowment to encourage the study of their documents. The reporters and the center reached an agreement whereby anything that could reveal the identity of a source would remain sealed until that source’s death. 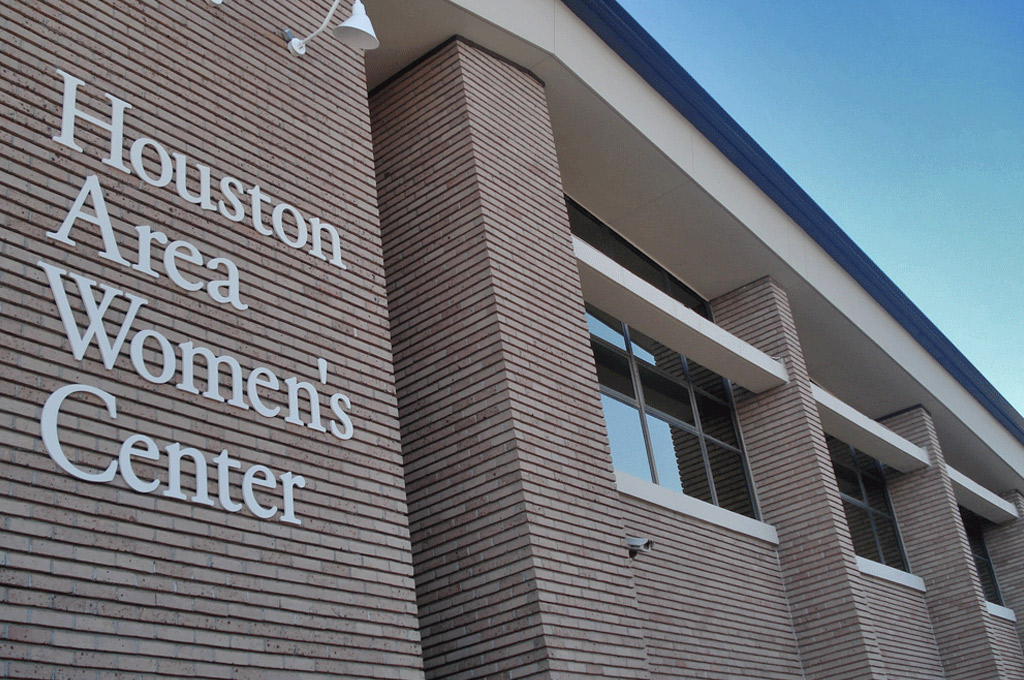 The University of Houston houses the Carey C. Shuart Women’s Archive and Research Collection. Along with the papers of noted feminist Nikki Van Hightower, the archive includes a collection of photographs from the late 1970s to the mid-1990s documenting the Houston Area Women’s Center’s growth from a small volunteer group to a major community organization. 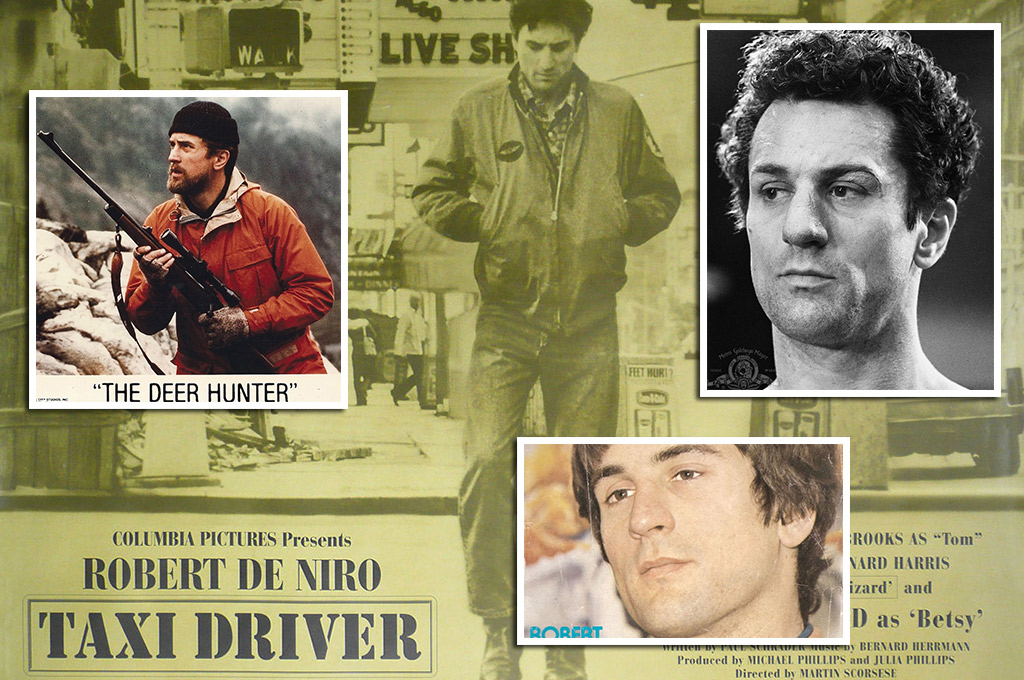 Robert De Niro donated his collection of movie materials — made up of 1,300 boxes of film, papers, and props — to the Harry Ransom Center at The University of Texas at Austin in 2006. The collection documents the famous actor’s work on 69 films over nearly four decades. 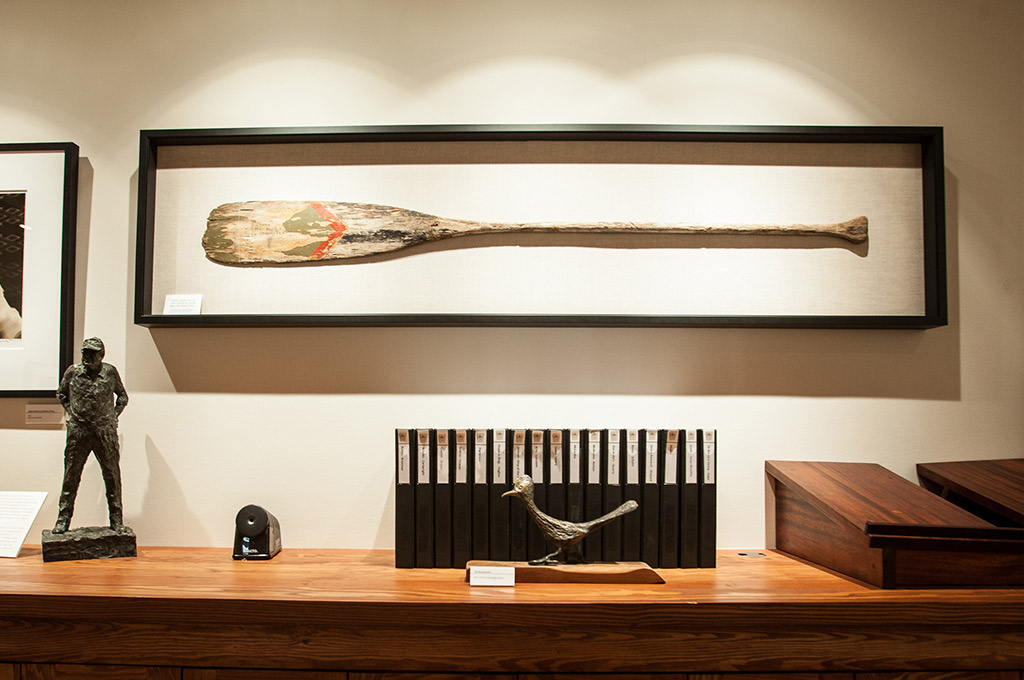 This is the oar Texas writer John Graves used to paddle down the Brazos River on the journey that he chronicled in his acclaimed book “Goodbye to a River.” This item, along with his correspondence and other papers, are stored at the Wittliff Collections at Texas State University in San Marcos. 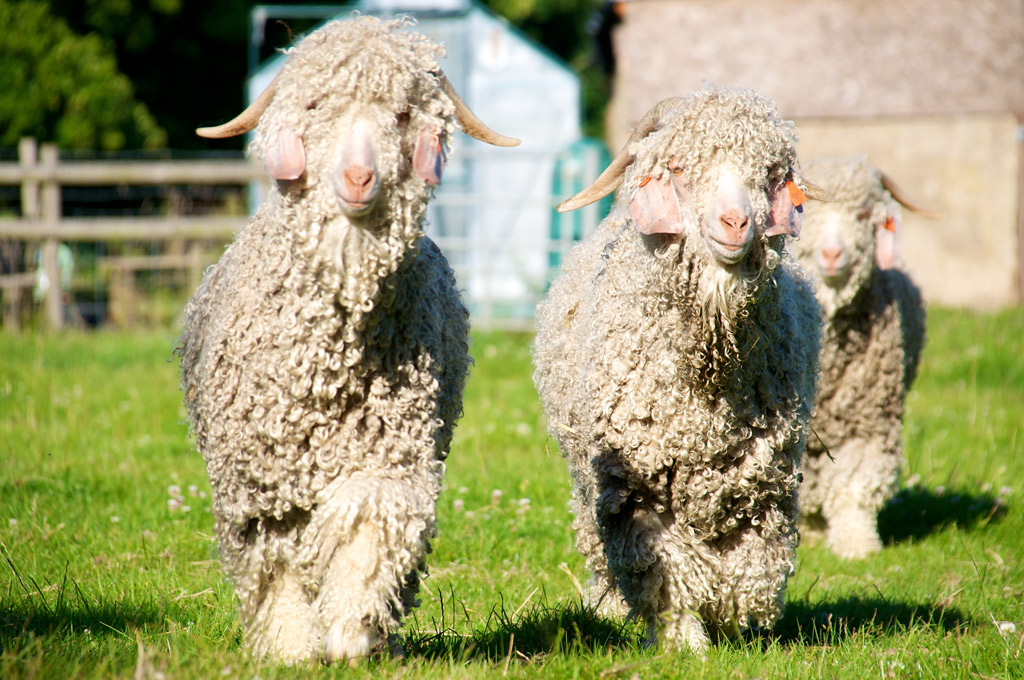 Angelo State University’s West Texas collection includes a collection of documents that formerly belonged to Colonel William Black, a West Texas pioneer who is best known for introducing Angora goats to the region. Suzanne Campbell, the head of the collections, recalls personally helping clean out an old ranch house in order to acquire the collection. “It breaks your heart to hear about all the things that have been thrown away,” she said of the region’s historical documents. 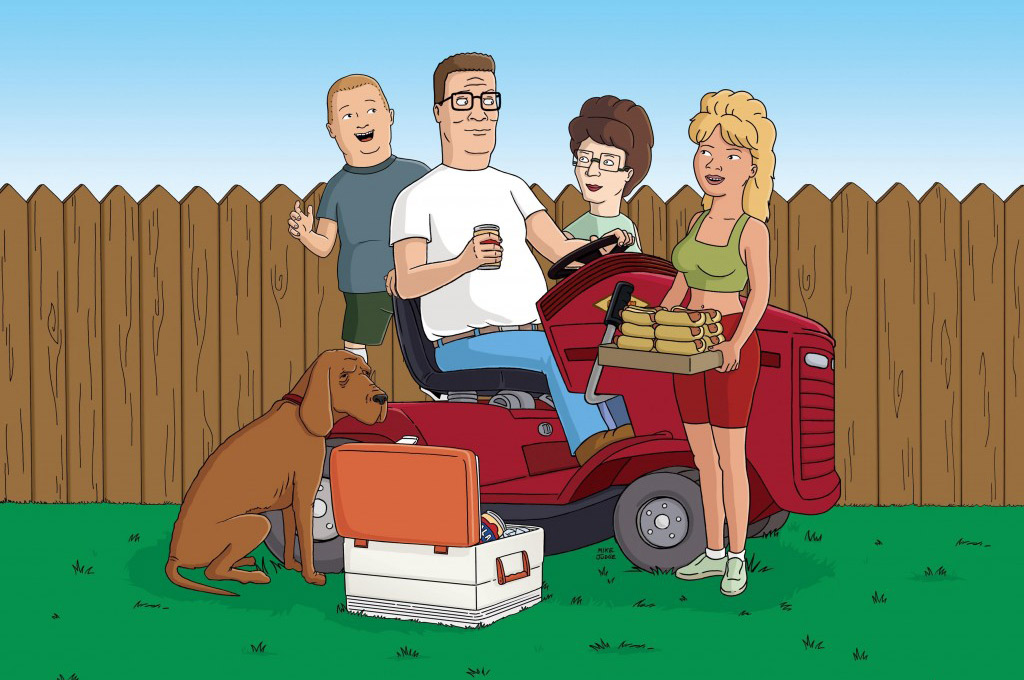 The writers’ archive for Mike Judge’s "King of the Hill" are stored at the Wittliff Collections at Texas State University in San Marcos. The Emmy-winning show focused on life in a small Texas town and went on to become one of the longest-running animated sitcoms in history. Typical documents contained in the archive include episode scripts, outlines and production notes.