It is almost August. That means Texans are avoiding the heat, air conditioners are cranking and electrical power demand is going through the roof.

Hopefully, the power will stay on.

Texas likes to be No. 1 at everything. But we are currently dead last when it comes to the reliability of our electrical system, according to a recent assessment by the North American Electric Reliability Corporation, a group that keeps tabs on the country’s power situation, with the exception of Alaska and Hawaii.

That means that California — yes, California — is less likely to experience systemwide blackouts this summer than Texas. That even takes into account the ongoing problems at a major nuclear plant south of Los Angeles.

“I’ve been doing assessments for five years, and I have not seen this situation” on the Texas grid, said John Noura, the associate director of reliability assessments at NERC.

Grid officials do not expect blackouts this summer, but the problem is not going away soon, because Texas is growing. Peak demand on the state’s electricity grid (which covers most of the state except El Paso and parts of the Panhandle and East Texas) is rising faster than elsewhere, according to NERC. And power companies have been reluctant to build plants, because low wholesale electricity prices — caused by the abundance of natural gas extracted with hydraulic fracturing technology — are eating into their profitability. (One exception is a natural gas plant planned for Temple that was announced this week.)

Other systems could resolve a power crunch fairly easily, by importing power from other states. That’s what California does. But Texas, alone among the lower 48 states, has its own electric grid. That’s an outgrowth of the state’s keep-the-federal-government-out attitude — no interstate commerce jurisdiction here, please — and it necessitates self-reliance, for better or worse.

So Texas basically has two choices: deal with higher power prices, and try to mitigate them with conservation, or risk facing occasional, controlled blackouts, like the one last year in the dead of winter — except that in the future, the blackouts would be more likely to come on the hottest summer afternoons. 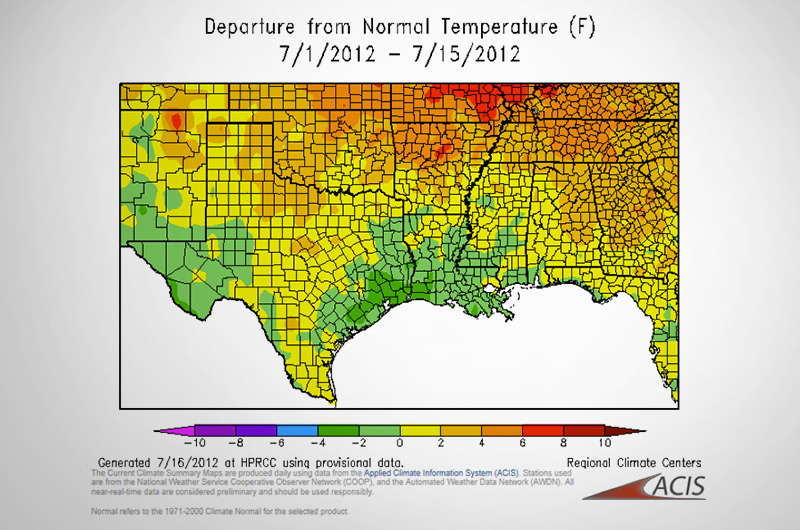 Regulators are working on the problem. On July 27, the Public Utility Commission, which oversees the Texas electric grid, will hold a much-anticipated workshop on electrical reliability. Representatives for power generation companies, consumers and everyone in between will crowd into an air-conditioned meeting room in Austin’s William B. Travis Building to debate the merits of wonky changes to the way the electricity system works.

One thing that’s already happening is that power prices are going up. Last month, the commissioners voted to raise a cap on wholesale power prices by 50 percent starting in August, and they could decide later this year to double it again. What that means is that power generators, who mostly sell to middlemen, stand to reap considerably higher profits at times when the electric grid is strained. The commission resists the notion that the increase will automatically raise ordinary Texans’ electric costs. It’s “not a direct correlation,” said Kenneth Anderson, the lone commissioner who abstained from the vote on the price-cap increase. But consumer advocates see things differently.

“What it means for consumers is higher prices with nothing guaranteed in return,” said Tim Morstad, associate state director for AARP Texas, the nonprofit that represents seniors. How much bills will rise is unknown, he said.

Regulators are also working on other solutions. One involves persuading Texans to use less energy. In August, the utility commission will launch a campaign dubbed “Power to Save" that points out ways Texans can save electricity (and money), like turning up thermostats a bit in the summer or even hanging clothing out on a line rather than using a dryer. The electric grid operator also launched a free app in June to provide alerts when the grid is experiencing difficulties so Texans know to make an extra effort to turn off lights.

Another factor could help in the near term: the weather. Victor Murphy, a scientist in Fort Worth with the National Weather Service said that although August would probably be hotter than normal, it shouldn’t be as extreme as a year ago. In other words, a prolonged stretch of 100-degree-plus temperatures is unlikely. Texans can in part thank the recent rainfall, which has moistened the soil so that it can absorb more of the sun’s heat.