This week in our nonscientific survey, we asked our insiders about Planned Parenthood, lawmakers collecting retirement and term limits.

We found out during Gov. Rick Perry's failed presidential bid that he had actually retired as governor, even though he is still doing the job. That allowed him to boost his pay by some $90,000 a year. And Rep. Lon Burnam, D-Fort Worth, recently found out he's also eligible to collect retirement while he stays in office. It's totally legal, but not everybody agrees it's the right thing to do. A majority of insiders, 75 percent, said officeholders shouldn't do it.

Planned Parenthood took major hits during the legislative session, and the hits from Republican lawmakers have kept on coming in the year since. The debate over the end of the Women's Health Program in Texas because of the state's refusal to allow Planned Parenthood to participate, has kept the organization in the spotlight. Will the issue play at the ballot box? Nearly two-thirds of insiders who responded this week said yes.

Finally this week, we asked insiders about term limits for legislators and for statewide officeholders. In both cases, a majority seemed to believe the current terms, decided at the ballot box, are sufficient. But our insiders were more adamant about their dislike for term limits when it comes to legislators. About 80 percent said they don't support term limits for legislators, and in the verbatim responses, many said the work at the Capitol needs the kind of experience that comes from long-term officeholders.

As always, we've attached a copy of the full verbatim answers to this week's survey. A sampling of what they had to say follows.

Will shutting off state funding for Planned Parenthood have any political repercussions in Texas? 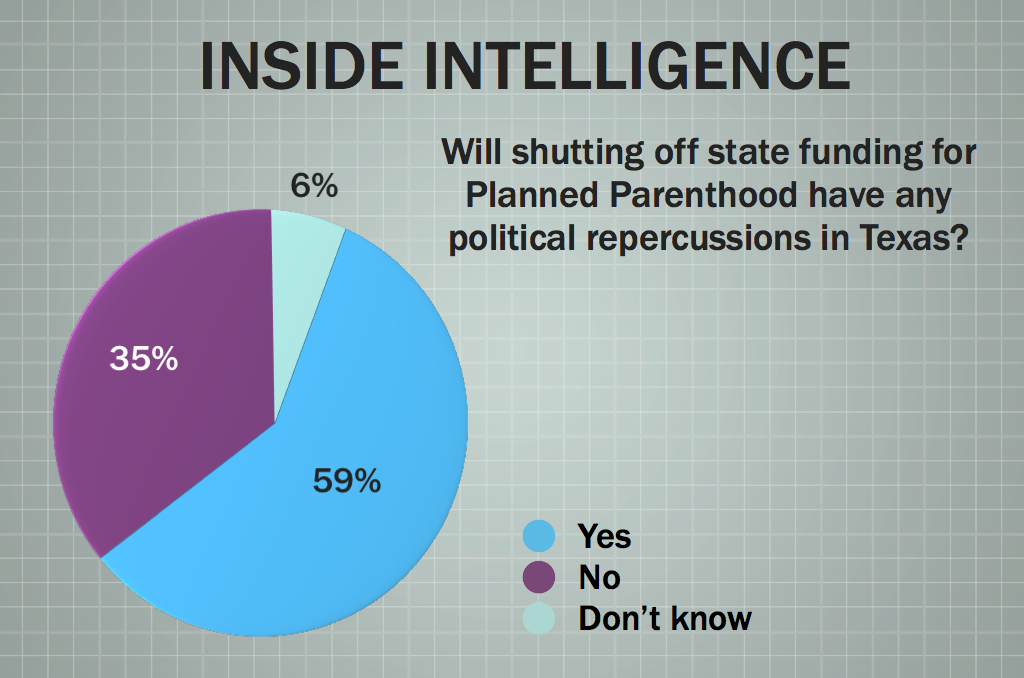 • “The pundits will rumble about it, but it will not change the outcome of any Texas race.”

• “Let the Austin crowd continue its gnashing of teeth. Everywhere else in Texas, this is either a non-issue or very low on the political ‘what issues will decide how I vote’ list.”

• “Many women are put off by the rhetoric and will likely offset many of their husbands votes.”

• “Good for Republicans. They can actually show results to the pro-life community and will be able to improve pro-life voter turnout. Bad for Democrats. They can't take care of their base vote. It will hurt turnout.

Should state officeholders be allowed to collect retirement while they're still in office? 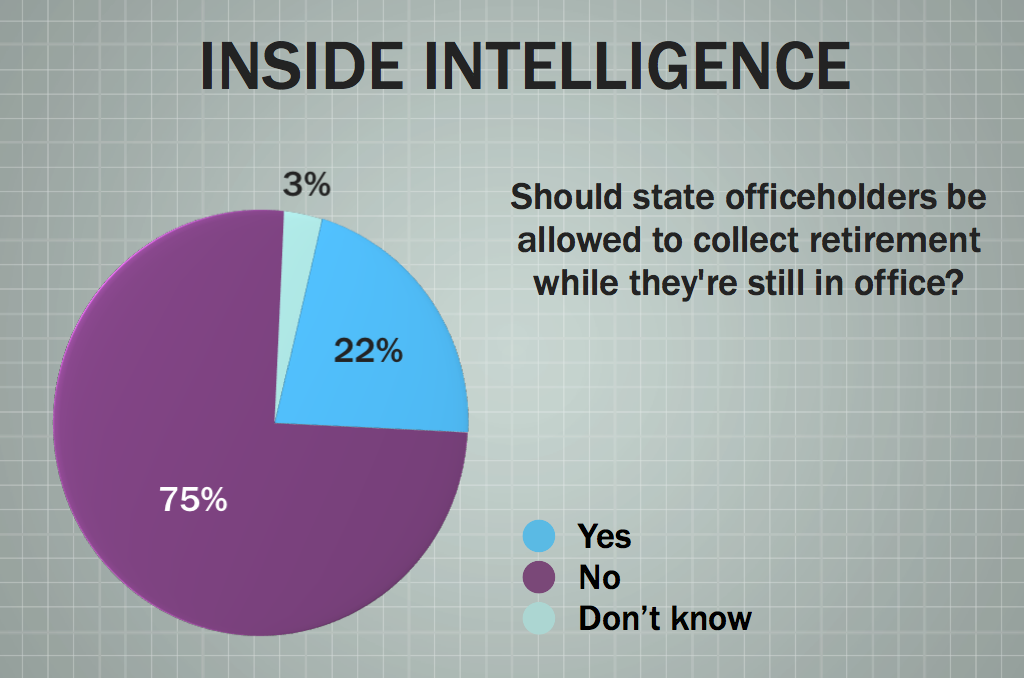 • “They should be allowed to collect what they earned. No matter political party, gender or sexual orientation.”

• “This is flat wrong and is why the public distrusts government.”

• “Some issues strike me as useful. This one actually makes me mad.”

• “They shouldn't be able to collect retirement from the job they currently hold, but if they're collecting pension checks because they're retired teachers or firefighters, I'm OK with it.”

Do you support term limits for the governor and other statewide officials? 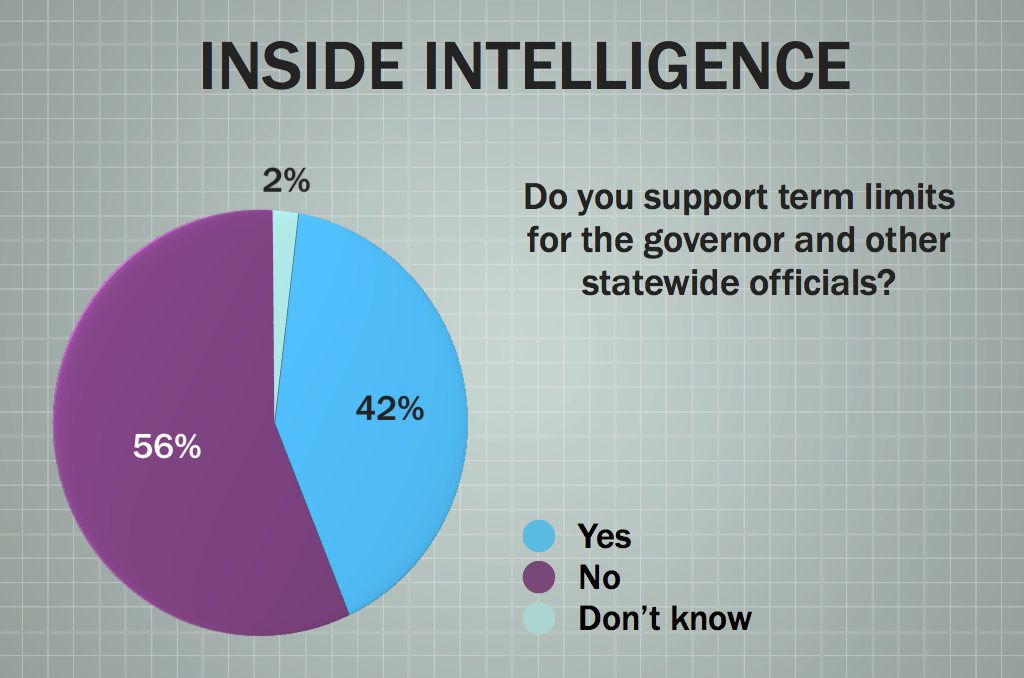 • “You may not like Rick Perry (on the right) or Lloyd Doggett (on the left), but both keep getting elected by those who vote. Term limits undermine that constituency voice.”

• “Too much political ambition gets bottled-up when somebody overstays their office. On the other hand, except for governor and lieutenant governor, statewides have major operational responsibilities, which benefit from experienced leadership.”

• “How dare you suggest dear leader isn't fit to hold office for another 100 years!”

• “The best term limit is found at the ballot box.”

Do you support term limits for Texas legislators? 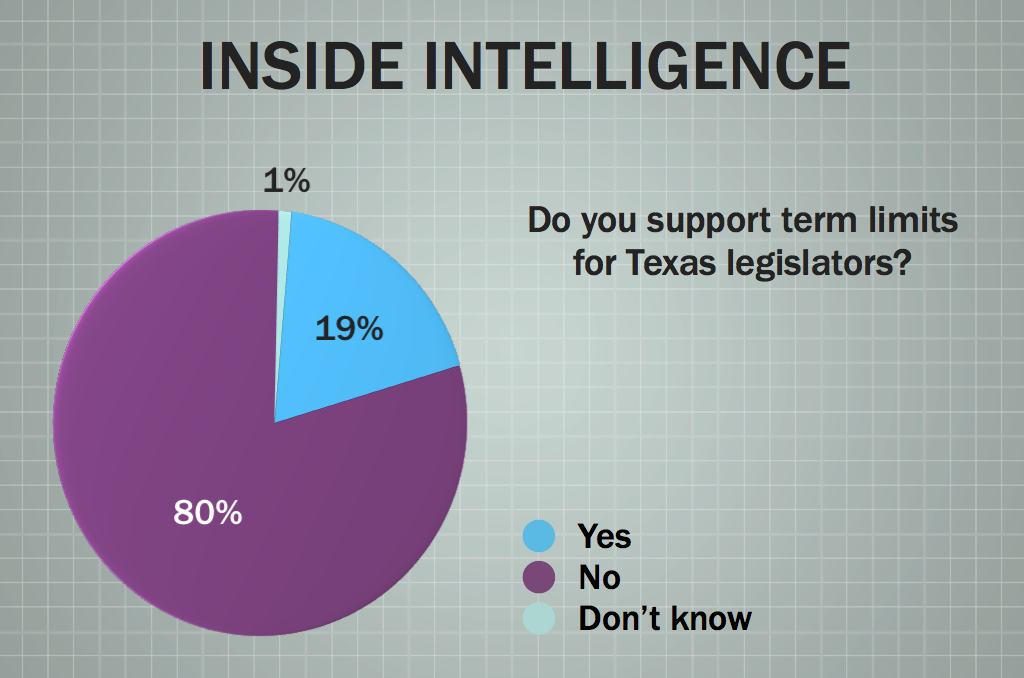 • “We have term limits. They're called elections.”

• “Yes, if I can select the ones that should be term-limited. Otherwise, no, we don't need more inexperienced legislators.”

• “Term limits have dramatically weakened city councils around the state and are a terrible idea for legislators because the turnover would weaken the ability of the Legislature to do business. It takes a while to learn the job. Voters have demonstrated they are quite willing to vote folks of office if they become annoyed.”