The Chronicle of Higher Education released a data interactive on Sunday allowing users to check the education levels of lawmakers nationally. According to the Chronicle, most Texas state legislators are well educated — 48 percent have obtained education beyond a bachelor’s degree. (For an in-depth analysis of the findings nationally, see The New York Times’ story here.) 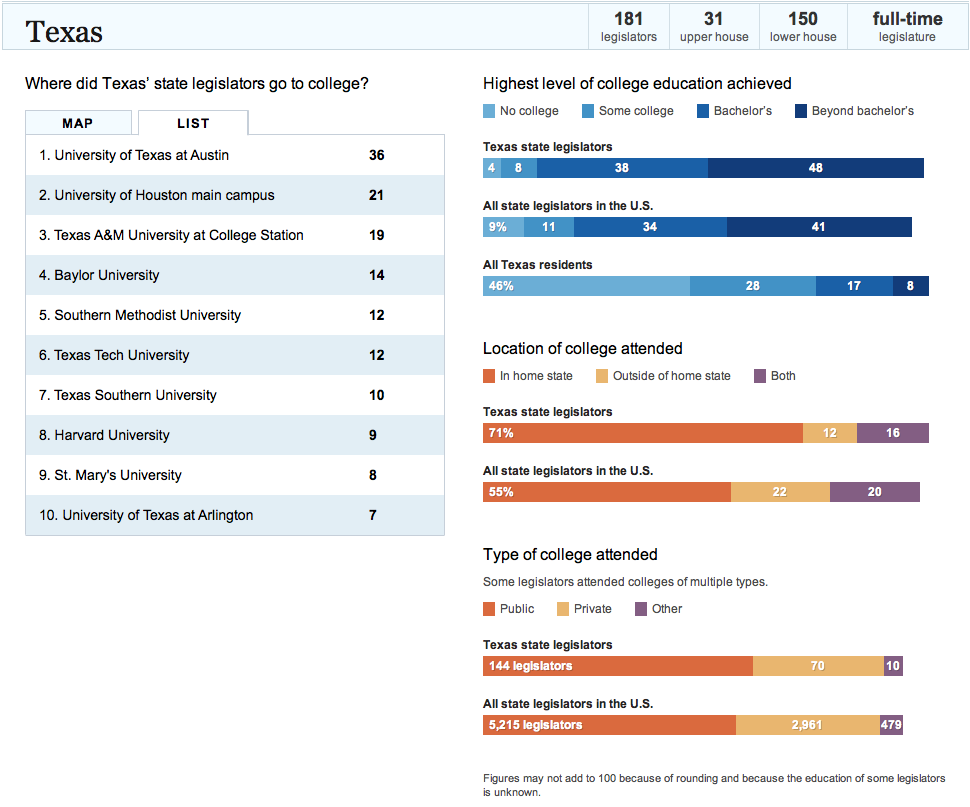 In comparison, only 8 percent of Texas residents have beyond a bachelor’s agree. Nearly half of Texas residents — 46 percent — have no college education. But in the Texas Legislature, only 4 percent of lawmakers haven’t attended college. Eight percent attended a university but did not graduate, according to the Chronicle’s data.