Danny Bell sat on a brick ledge outside of the plain, beige Greyhound station a block away from the prison complex in Huntsville and, from behind dark shades, soaked in the sights and sounds of a world he had not seen in more than two decades.

Bell spent 21 years in prison for murder, the result of “a youth of ignorance,” he said. He was arrested in 1989 at age 24 and left prison March 4 at age 45 with $100 in his pocket and a bus ticket to Dallas to see his favorite girl: his grandmother. “She ain’t gonna let me out of her sight,” Bell said, flashing a wide smile with one missing front tooth and another capped in gold, with a star cutout in the center.

Even if it meant a job taking out the trash at McDonald’s, Bell said he was determined to stay out of prison. “You go through too much,” he said.

But like many of the nearly 130 men who walked out of the Walls Unit that day, Bell had only a vague notion of how to re-enter the free world. He would stay with his grandmother, take any work he could find and get a lawyer to sue the state for keeping him locked up too long — a paperwork snafu by the state, he said, kept him behind bars an extra 17 months. “I always said to myself I wanted to work with teenagers,” Bell said, thinking aloud about what kind of career he might like to have.

Bill Kleiber has met and prayed with thousands of Danny Bells in the decade since he got out of prison and started working with the Restorative Justice Ministries Network in Huntsville to help other ex-convicts. They come out hoping never to return but find few resources to keep them from repeating the mistakes that got them there to begin with.

“It may not be criminal, but it is immoral that we are stranding people like that,” Kleiber said. What is worse, he said, is that state lawmakers are considering major cuts to fledgling re-entry programs.

Texas legislators, looking for ways to plug an estimated $15 billion to $27 billion budget hole, are considering proposals that would cut as much as $162 million from rehabilitation and treatment programs meant to help criminals avoid going back to prison. For instance, the $100 Danny Bell received when he was released — the so-called “gate money” handed to prisoners who have completed their sentence — would be cut in half. Financing for Project Reintegration of Offenders, known as Project RIO, which helps released inmates find jobs, would be eliminated. So would money for educational and vocational programs in prisons and for re-entry transition coordinators. Financing for substance abuse and mental health treatment programs would drop dramatically.

Criminal justice advocates say the cuts would reverse years of reforms in Texas that have helped reduce recidivism and drive down the size of the prison population. “We’re taking away the basic tools that they need to live responsibly,” said Ana Yáñez-Correa, executive director of the Texas Criminal Justice Coalition, a nonprofit advocacy group.

The state initiated its reforms in 2007 after lawmakers got some stunning news: Budget writers estimated the state would need some 17,000 additional prison beds by 2012. It would cost about $2 billion over five years to build and maintain enough capacity. The expected growth was attributed to high probation revocation rates, low parole rates and a lack of access to treatment programs in and out of prison.

Legislators decided to try a new approach. Instead of building more prison facilities, they invested $241 million in community treatment and diversion programs meant to keep nonviolent offenders out of prison and to ensure that those who served their sentences would not come back. 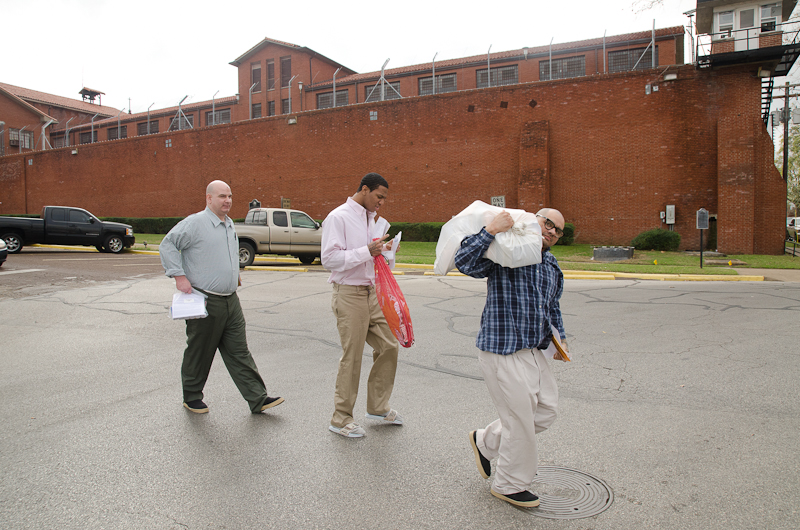 More felony offenders were put on probation, and more prisoners who qualified were released on parole. As access to treatment improved and probation and parole officers had options to impose intermediate sanctions, fewer offenders were sent back to prison. Last year, Texas had the lowest parole revocation rate of the decade, with about 8 percent of parolees returning to prison. The crime rate in Texas dropped to the lowest level since 1973, even as the population increased. There are about 7,000 fewer inmates in Texas prisons now than what had been projected in the alarming 2007 report.

Tony Fabelo, research director at the Council of State Governments Justice Center, told lawmakers at a recent hearing that the cuts they are considering would undo that progress. Prison population, he said, would rise. Crime rates would spike. By 2013, he said, the state could be short about 8,600 beds. Compounding the problem, he said, are plans to close prisons at the same time treatment and diversion programs are cut. Troubling, too, are proposals to trim other areas of the budget like mental health and substance abuse treatment, public education and jobs programs.

State Rep. Jerry Madden, R-Plano and chairman of the Texas House Corrections Committee, was a chief architect of the criminal justice reforms that face decimation. He said he planned to fight to keep every dollar Texas has invested in re-entry, treatment and diversion programs. “The statistics clearly indicate we’re doing a better job,” he said.

Inside the dim, dingy store adjoining the Greyhound bus station where Bell waited for his ride back to Dallas, just-released inmates stood nervously in line to cash their “gate money” checks. They rummaged through piles of used clothes and shoes: $2.99 for an orange polo shirt, $4.99 for a pair of jeans, $22.73 for tennis shoes, $3 for sunglasses. They dropped coins into dusty vending machines that popped out bottles of Dr Pepper and bags of Cheetos.

Many of them bought cigarettes. Adrian —who did not give his last name — took long, slow drags as he sat on a bench near the bus that would take him home to Houston. At 25, he had just finished a five-year sentence for dealing drugs. It was not his first time in jail; he spent a good chunk of his teens in state youth lockups. Like most of the inmates fresh out of prison, Adrian said all that was behind him now. “That’s something I’ll never do again,” he said.

He pulled out a small stack of photos of a pony-tailed toddler with a bright smile. Five-year-old Adrianna, he said, was his motivation. His plan was to go to college, to learn construction and management like his father, maybe even run his own business. Hard time, Adrian said, had changed him mentally.

While at the Allred Unit in Iowa Park, he wrote this song about his experiences and titled it “Help”: “This is the sea of life and I’m drowning,” he rapped, nodding his head in rhythm with the words. “I know I can swim, but it seems like I keep sinking down. In these waters I can’t breathe; it seems like I’m going to blow it. I can see people holding a life jacket, but they won’t throw it. Entertained by my pain, and they would love to see me die. Why not love to see me live?”