With Gov. Rick Perry delivering his sixth State of the State speech today, we wondered whether his emphasis on certain words or subjects has changed in the 10 years he has delivered the biennial speeches. We ran the text from each of the five previous speeches and his speech today, which was released a few minutes ago (he may depart from the prepared text), through a popular online data application to create visual representations of the words — the more often a word is used, the larger it is depicted in the display. Check below to see the resulting word clouds for each of the six speeches, as well as one that represents all six speeches analyzed together. 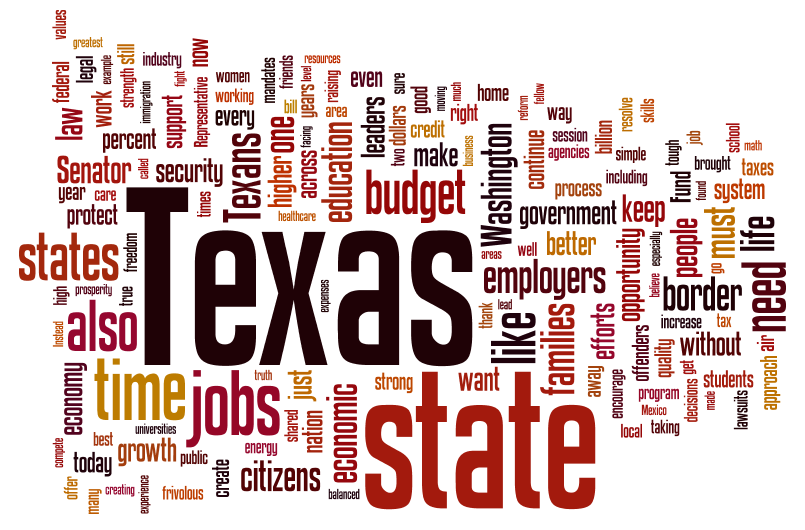 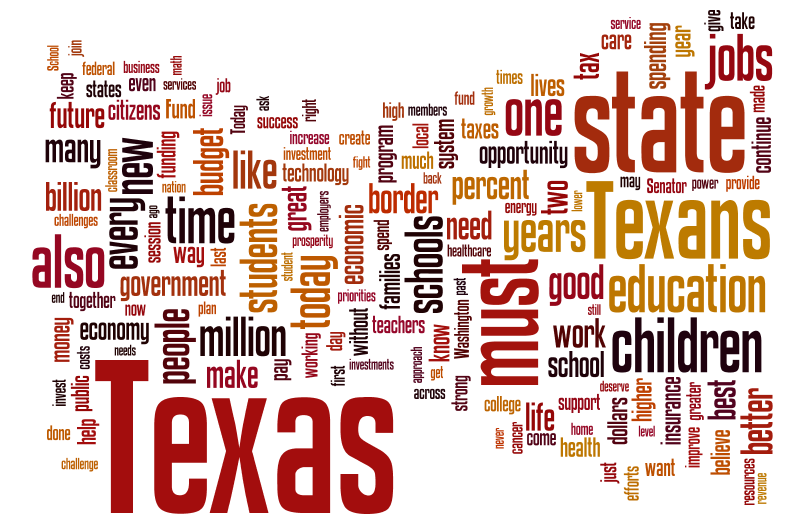 The word clouds for Perry's past State of the State speeches are below. 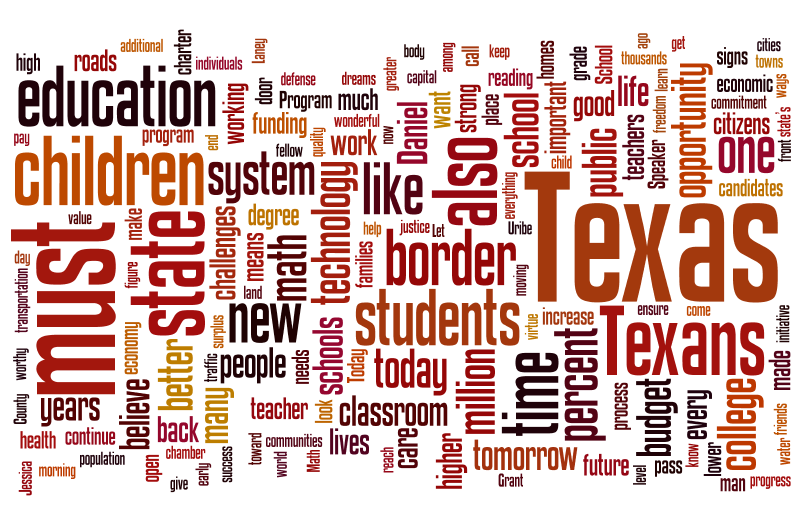 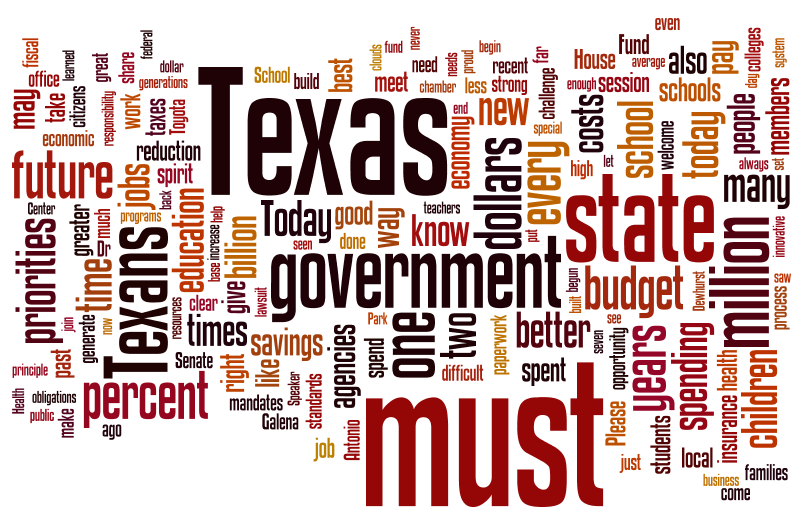 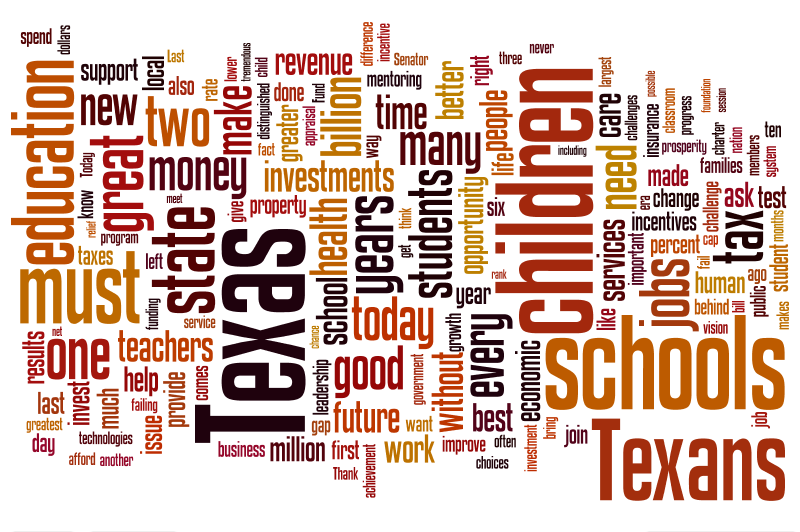 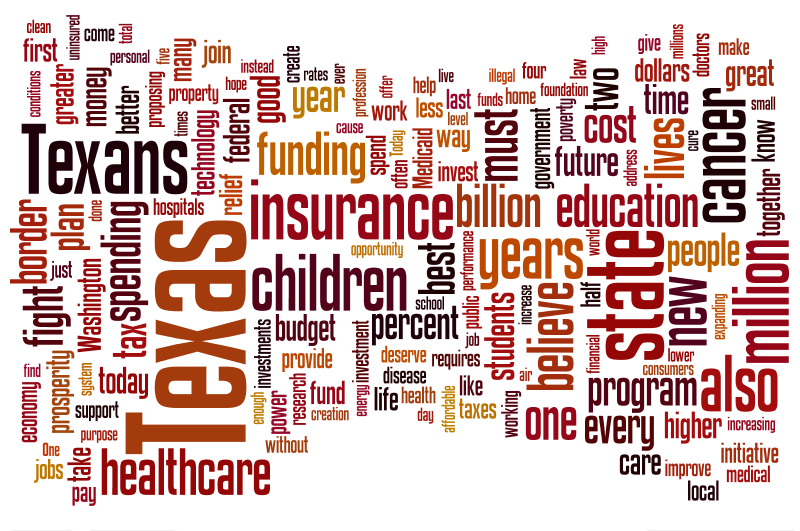 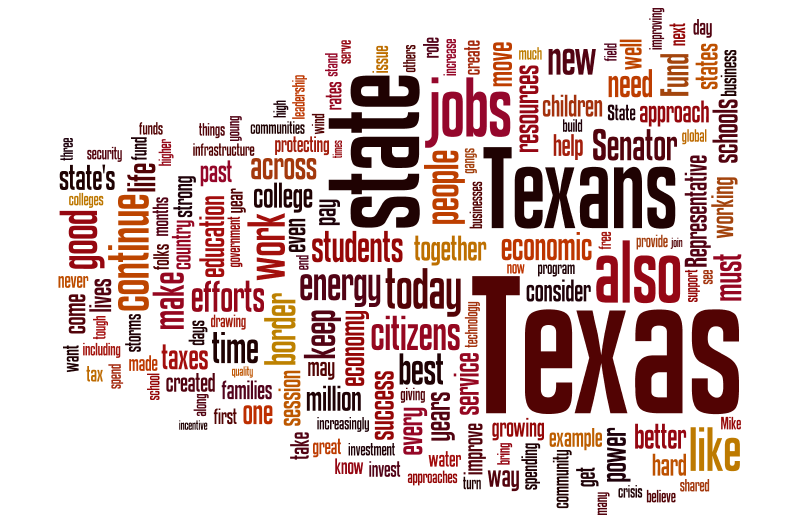