And they're back! Texas lawmakers returned to Austin on Tuesday to launch the 82nd Texas Legislature. In the House, they re-elected Republican HouseSpeaker Joe Straus, R-San Antonio, without the drama that has saddled them for months. In the staid Senate, they named Sen. Steve Ogden, R-Bryan, president pro tempore. Both chambers heard from Gov. Rick Perry, who announced his emergency legislative items: putting tougher limits on eminent domain and ending "sanctuary" cities in Texas. Our reporters were there and produced this live play-by-play. Also, because of a generous grant from the Open Society Institute, and thanks to the hard work of our friends at the court reporting firm Stratos Legal, we'll be providing daily transcripts of what transpires on the floor of both the House and Senate. We'll be posting the transcripts a few hours behind the real-time video; check here and here for opening day transcripts. 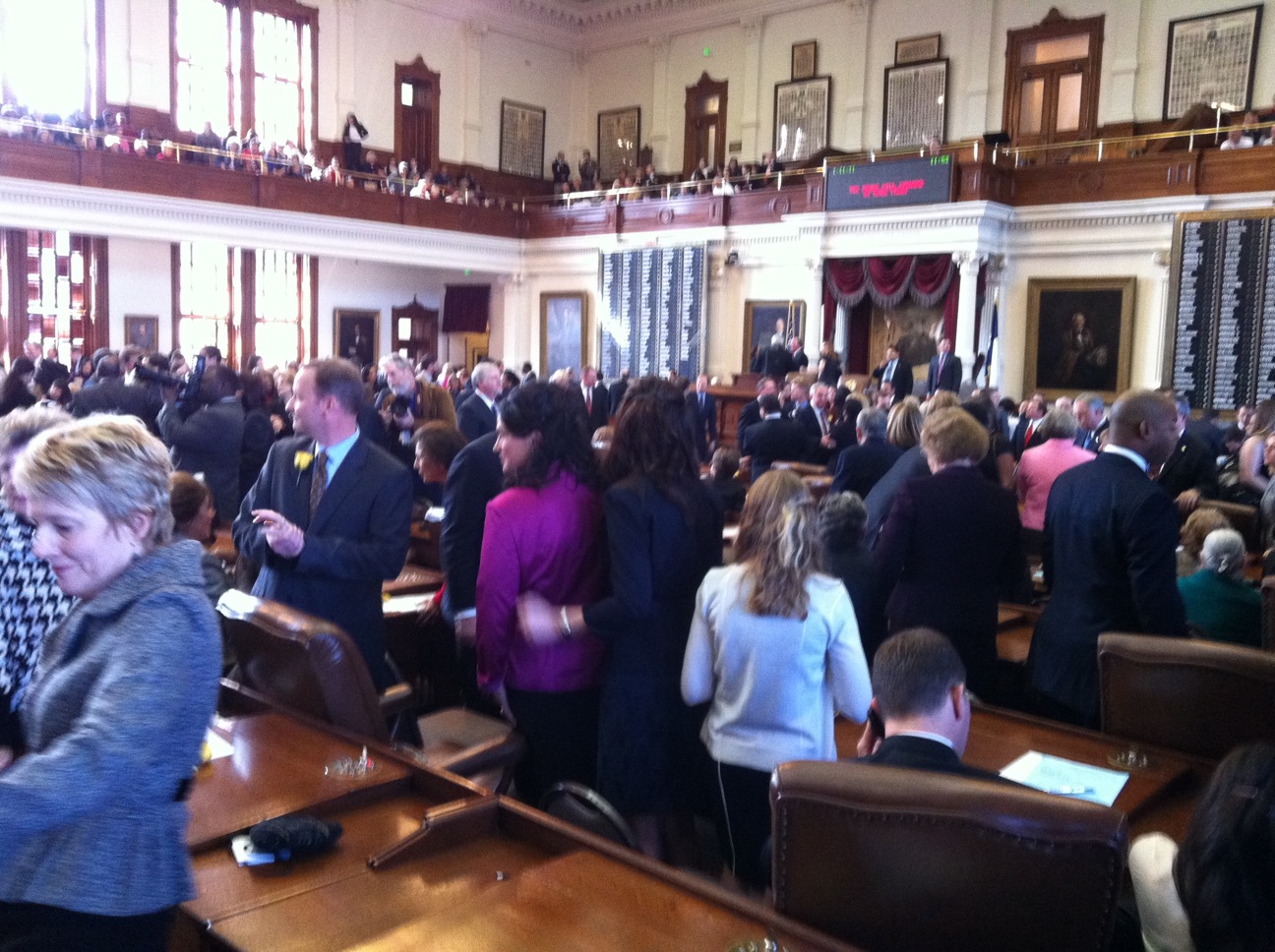 Sen. Dan Patrick gets in a chat Comptroller Susan Combs before the session officially opens. 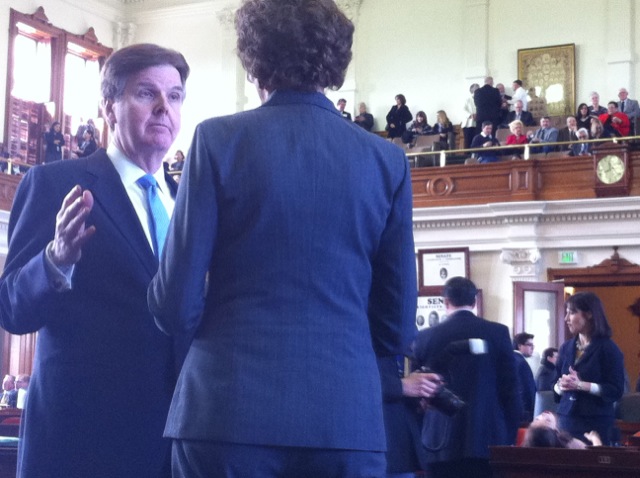 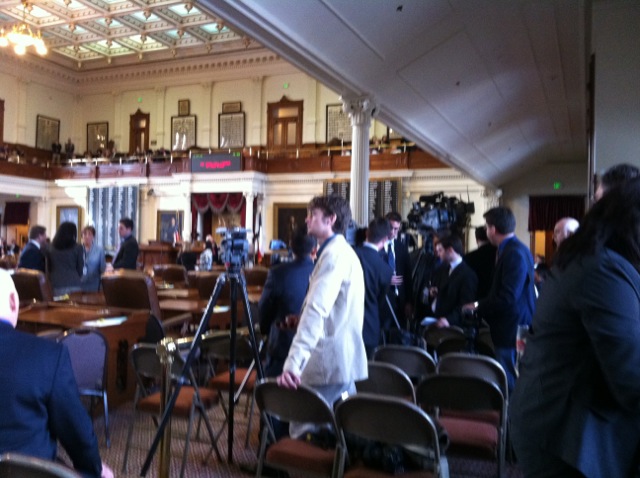 Three Joe Straus opponents take a rest in a hallway at the Capitol. 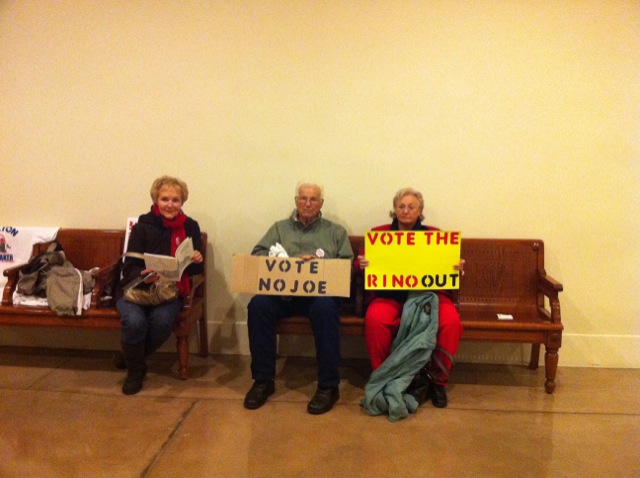 Lt. Gov. David Dewhurst opens the session for the Senate 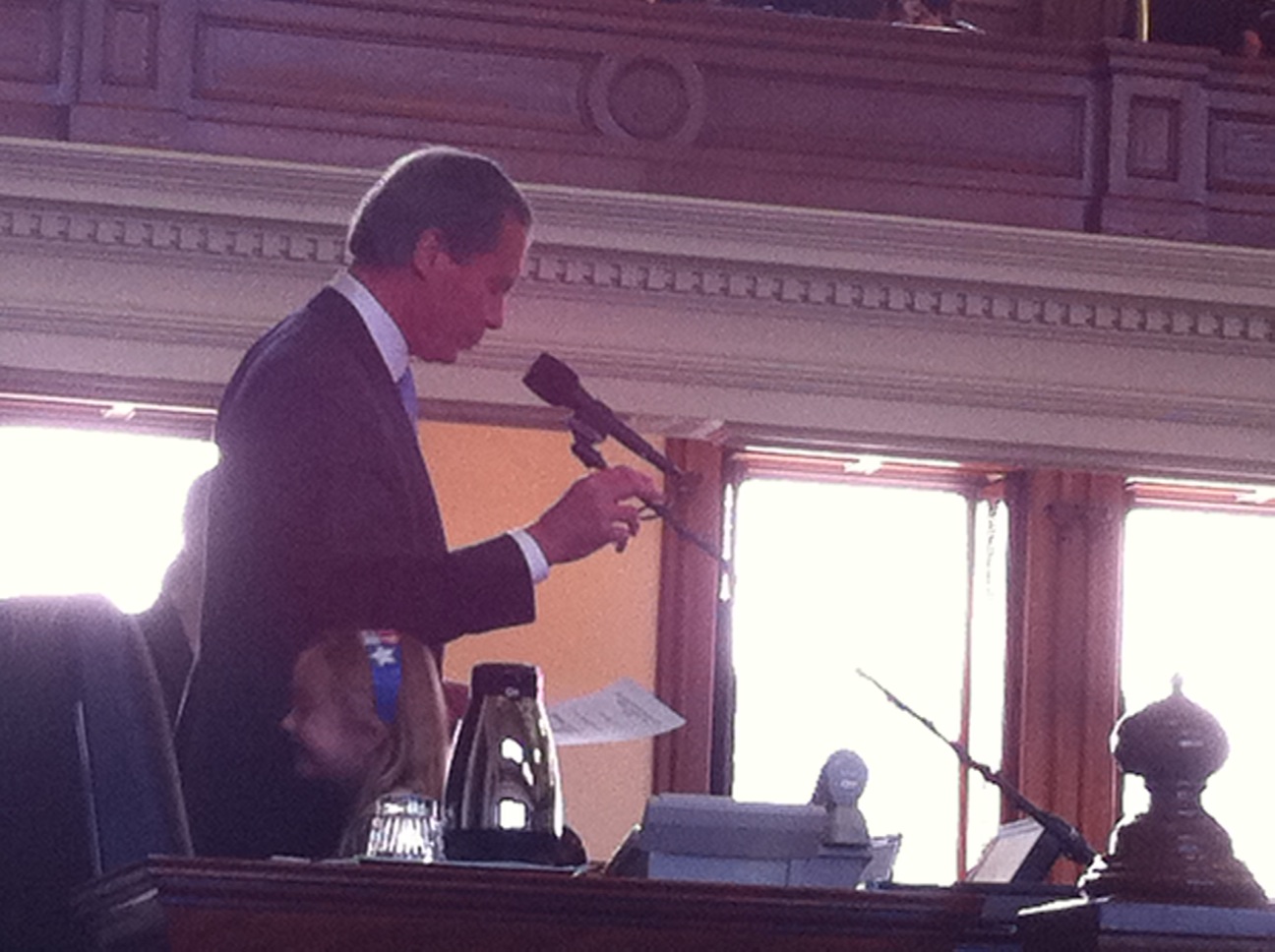 (Reporting from Morgan Smith) The senators stand to take their oath of office from Chief Justice Wallace Jefferson. 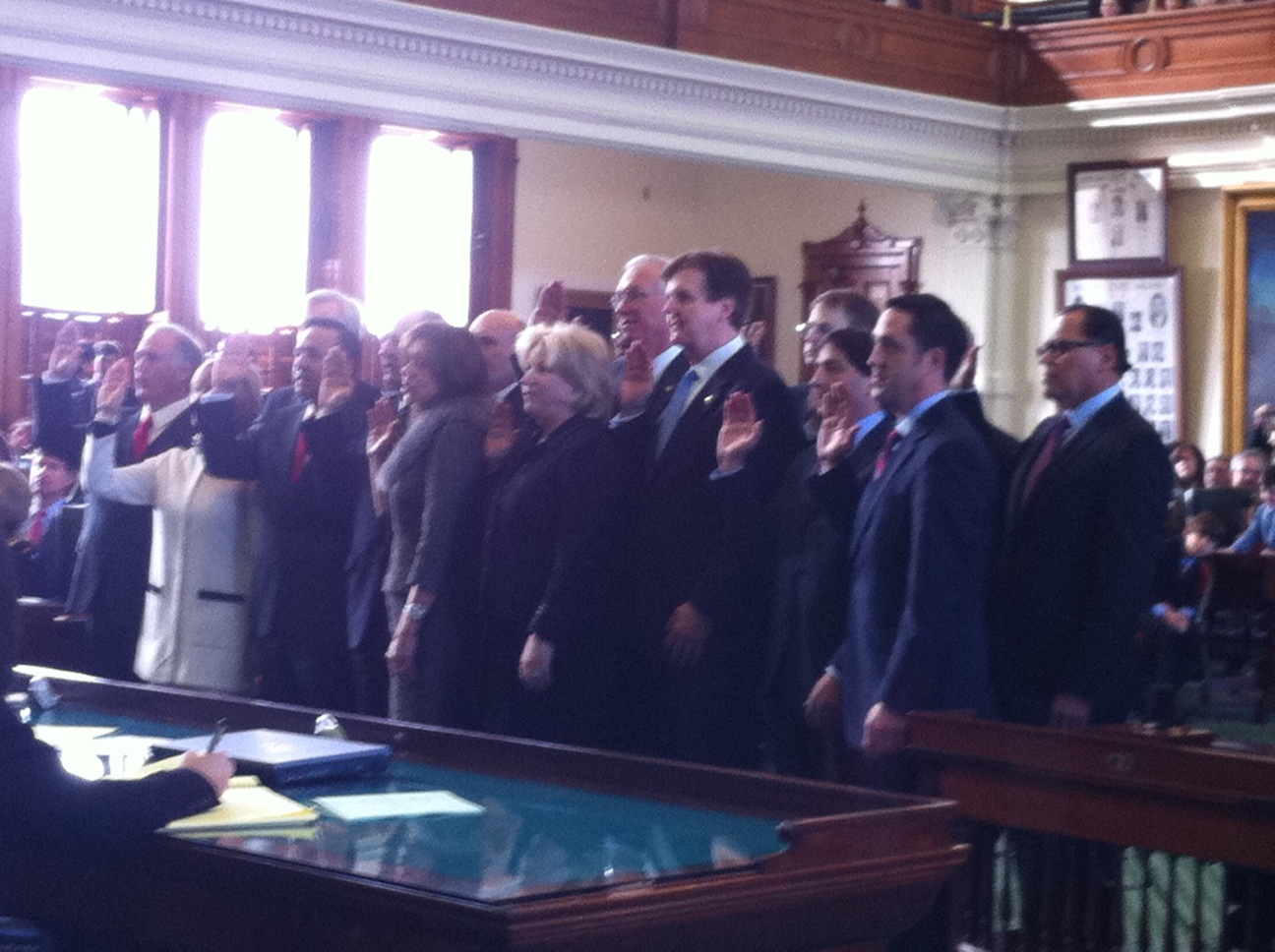 (Reporting from Morgan Smith) The lieutenant governor greets Gov. Rick Perry as he takes the podium in the Senate. He's stopping by here before he heads over to the House. 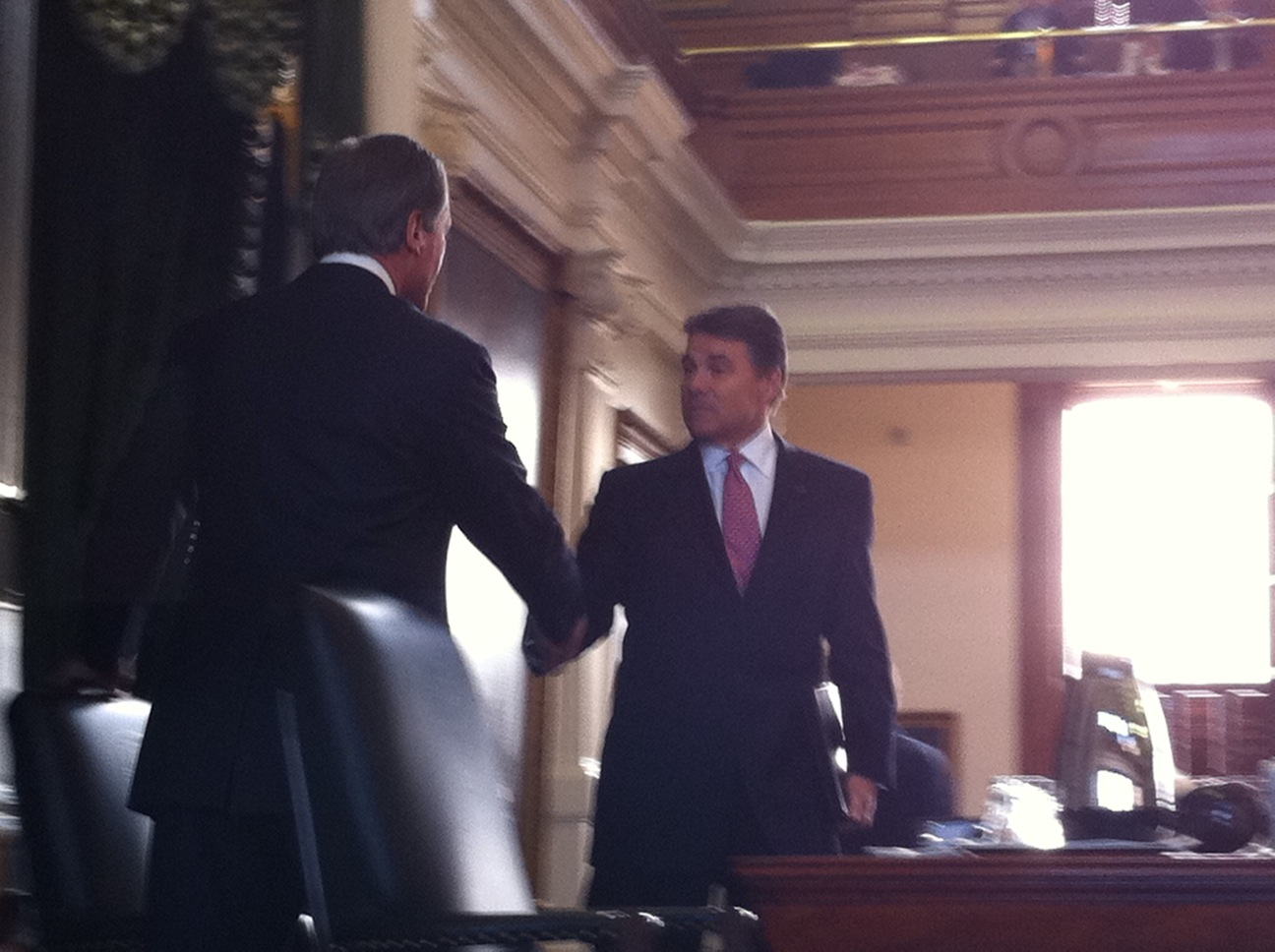 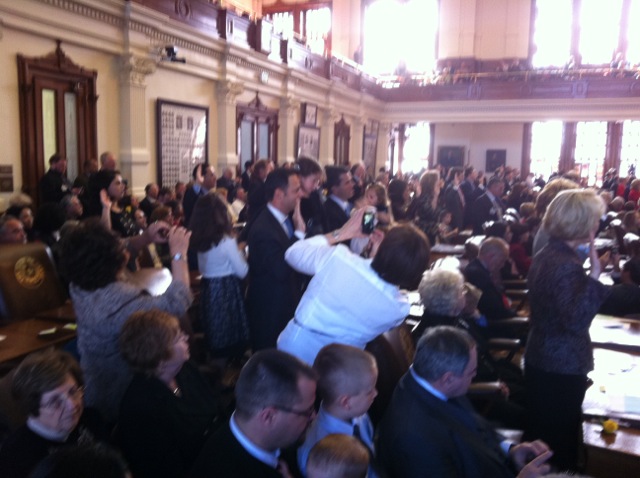 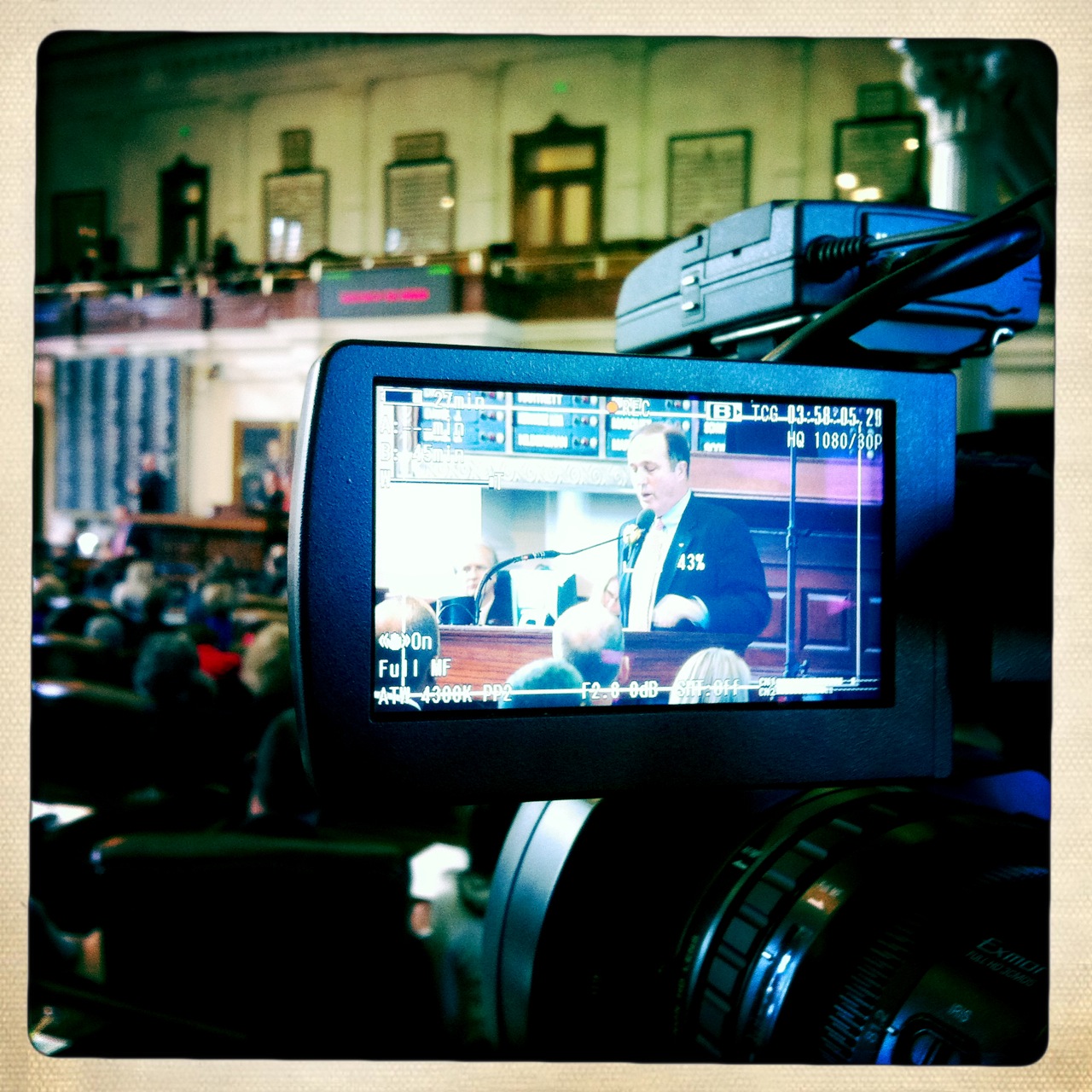 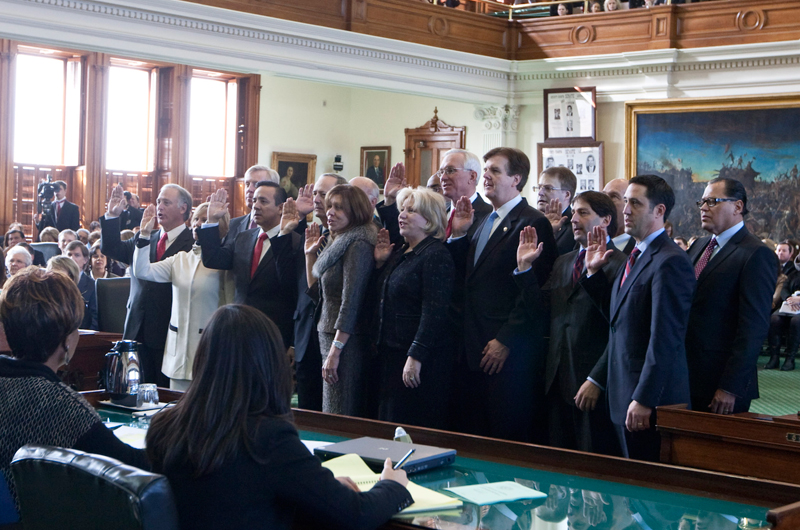 (Reporting from Ross Ramsey) Members of the House take the oath of office at the beginning of the legislative session. 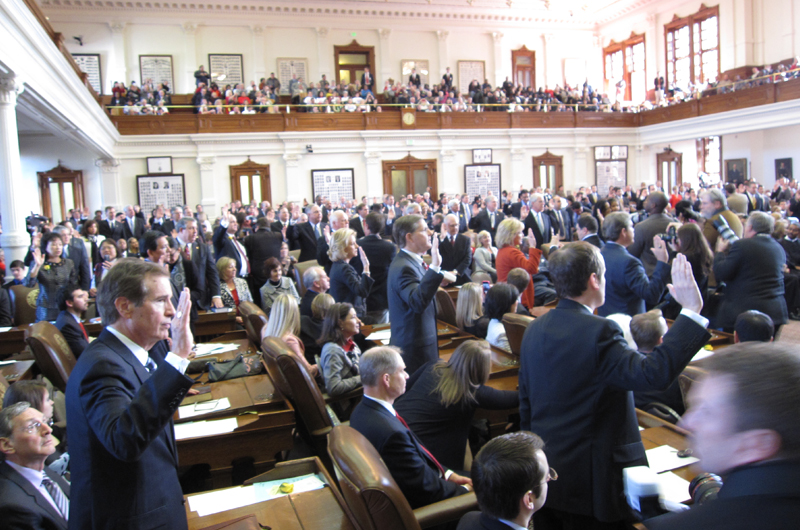 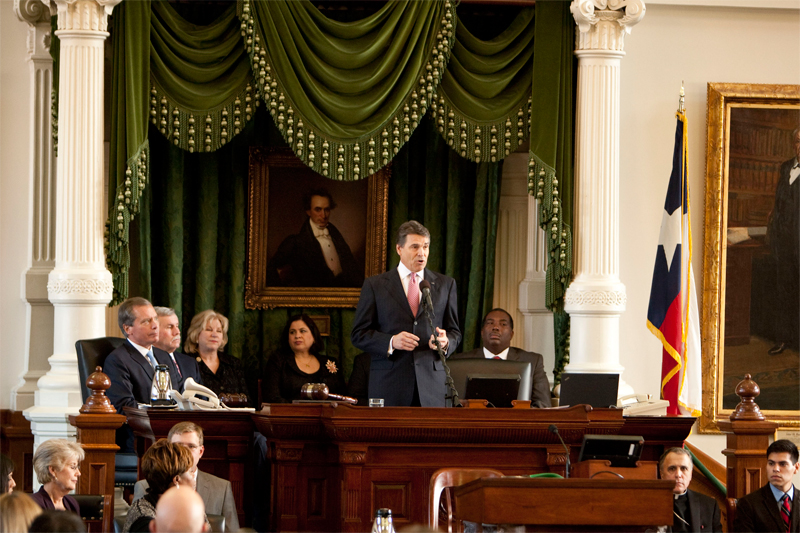 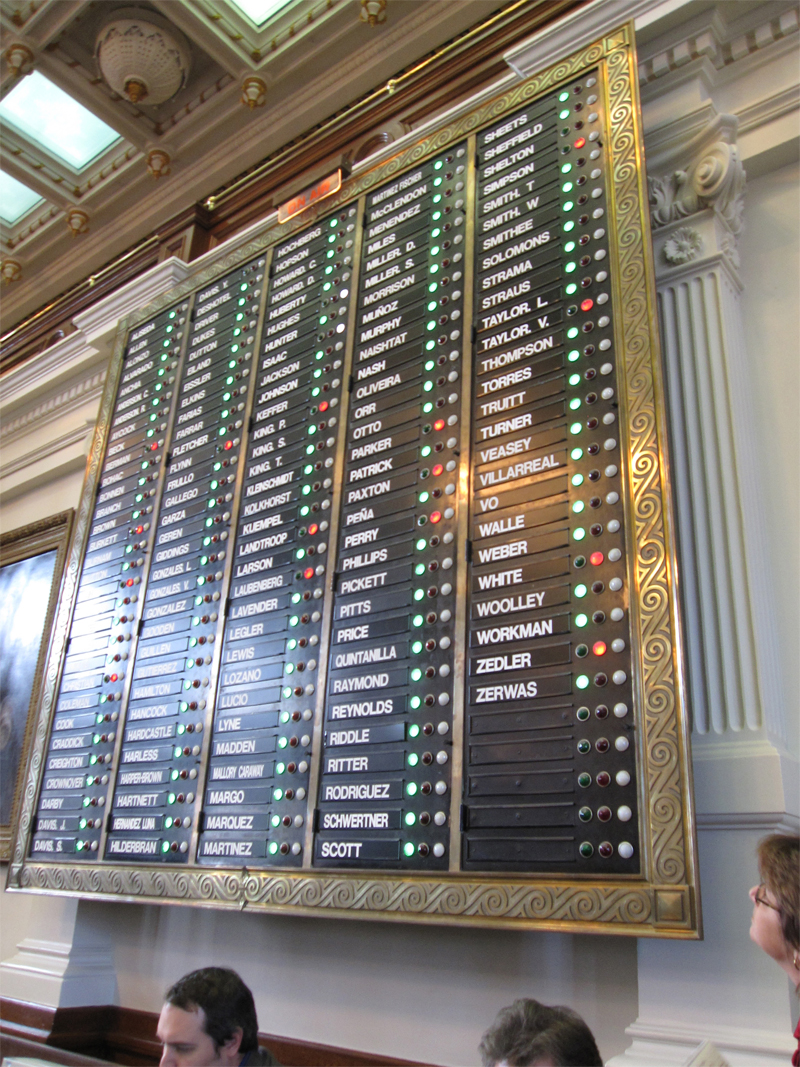 (Reporting from Julian Aguilar) Eric Anderson wants to draw attention to tort reform, and it looks like he's doing it in his own way. 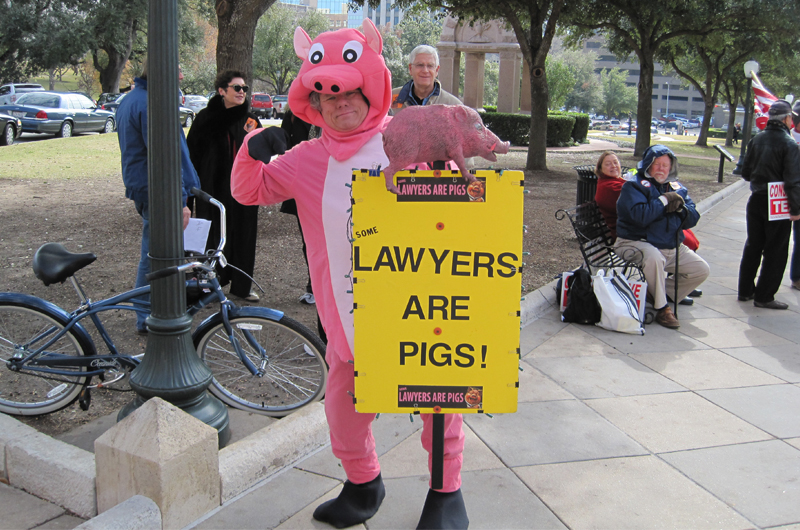 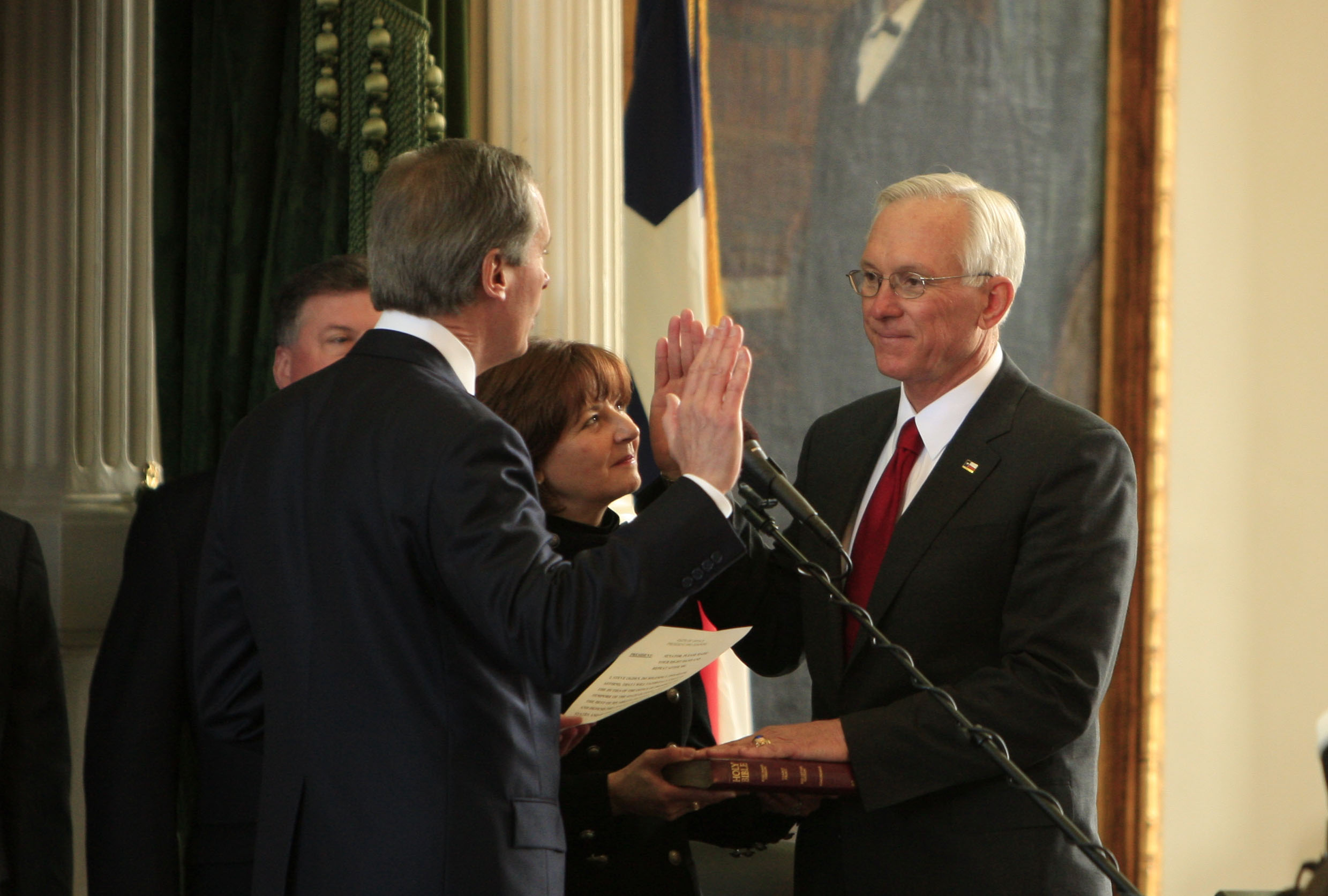 (Photo from Bob Daemmrich) Panoramic view of the House floor.

(Reporting from Julian Aguilar) They didn't show up by the thousands but the Tea Party folks are capable of making some noise, especially after someone mentions God or denounces liberals. 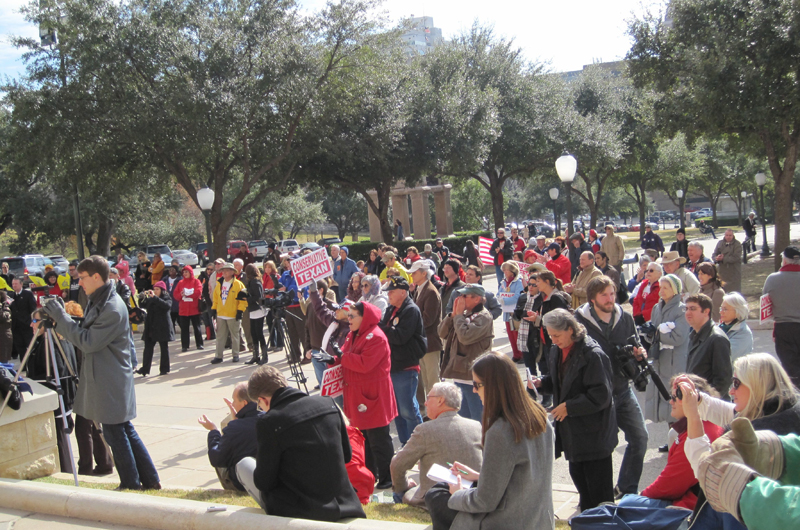 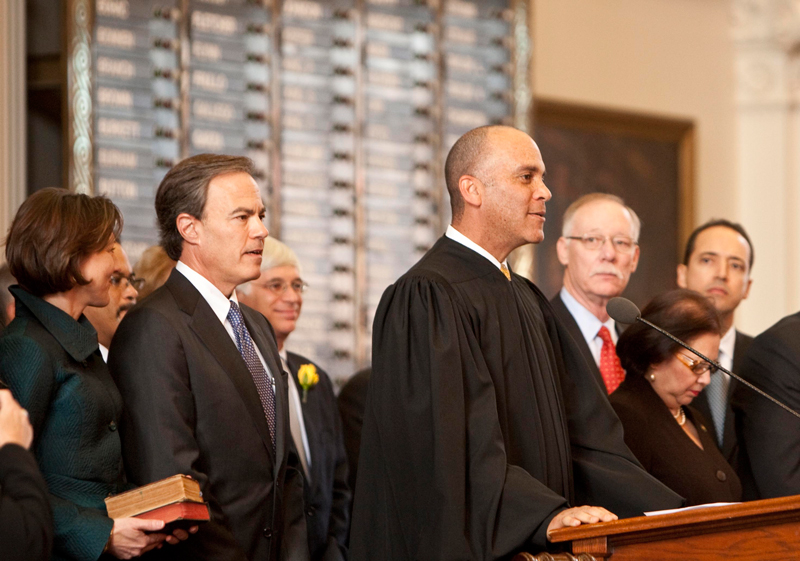 (Photo from Bob Daemmrich) Joe Straus R-San Antonio checks out the vote board in the Texas House.