[This is the third part in a series examining life in three pairs of sister cities along the Texas-Mexico border and how residents on both sides of the line are affected by the bloody drug war.]

Alfonso Ramos Rodríguez stands behind the one checkout lane in his small grocery store in Ojinaga and makes the sign of the cross. Even as he gripes that city leaders do nothing to bring the Mexican town out of poverty, he realizes the languishing economy here keeps him and the toddler next to him, rolling around in a pink jumper, safe from the warring drug cartels that plague the rest of the Texas-Mexico border.

The cartels don’t even bother with Ojinaga. “It’s too small for them to be interested,” he says.

Presidio and Ojinaga, sister outposts on the either side of the Rio Grande, have long shared the misery of their isolation in the desert. Few jobs, slow trade and treacherous terrain have made the towns depend on one another. When faced with disaster — say, the massive flood of 2008 — the two come to each other’s aid long before state and federal governments. Together, they’ve watched jealously over the years as other border cities have prospered and grown. Now, though, when they look east to the Rio Grande Valley and west to El Paso and Juárez, the envy fades to solemn gratitude. All the factors that for years have held back Presidio and Ojinaga keep them safe today.

Sitting in his big, brown leather chair in an office with dark paneling and an air conditioning unit rattling in the window, Ojinaga Mayor Cesar Carrasco says the drug dealers have stayed away for the same reason any other business would: There’s no money in it. “It keeps the violence low,” Carrasco says.

Here, daily border crossings continue, if not as frequently, for work, to visit family and friends or to just enjoy a night on the town. They’ve had the occasional drug-related shooting in O.J. — what locals call Ojinaga — but nothing like the bloodshed in Juárez and Reynosa, where daily death tolls can climb into the dozens. “Our remoteness may be our best asset,” says Presidio city administrator Brad Newton.

For now, anyway. As the drug battles rage on in other places, and the U.S. and Mexican governments beef up security, some worry that traffickers will feel the pressure and move here to try their luck. U.S. Border Patrol officials have sent hundreds of agents to the area. They’re building new homes, improving technology and increasing patrols. “This is what we call the balloon effect,” says Tony Payan, a political science professor and border expert at the University of Texas at El Paso. “You squeeze on one side … and the air in the balloon has to go somewhere else.” 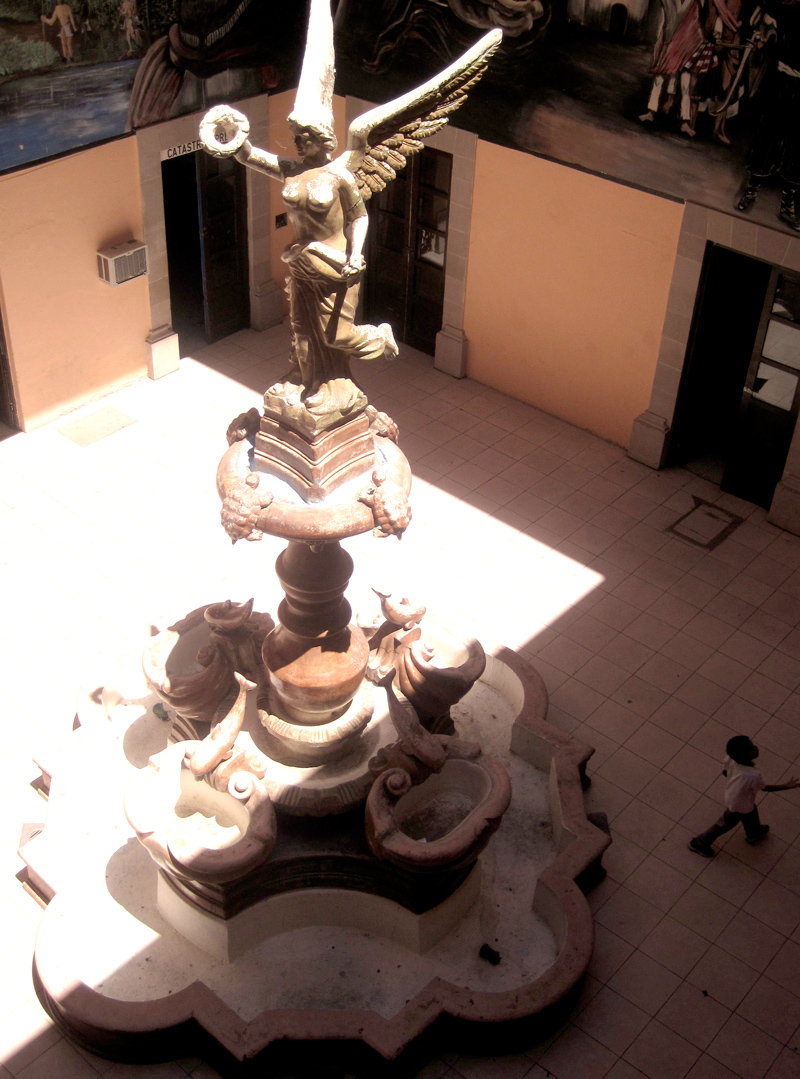 Vicente Leyva and Pizo Ochoa walk out of the mayor’s small, bustling office in Ojinaga. They’re visiting from the local chamber of commerce, where the talk these days centers on the new maquila coming to town. The factory will make recreational vehicle parts and could bring dozens of new jobs. “It’s way down, the economy and employers,” Ochoa says. “The reason is because there’s no factories — nothing.”

Some 22,000 people live in Ojinaga, compared to only about 4,600 in Presidio. But O.J. is dwarfed by Mexican border cities like Juárez, with some 1.3 million people, and Nuevo Laredo, home to about 350,000. Easy access to interstate highways and U.S. population centers has made those cities key international trade corridors. O.J., by contrast, is more than 90 miles away from the nearest interstate or sizeable Texas town (Alpine, population 6,200). In between, mountains, desert, massive ranches, breathtaking arid landscape — and not much else — separate O.J. from the bloodshed inundating other border cities. The factories, warehouses and trade industry that buoyed the growth of those cities, and brought migrants from the southern reaches of Mexico for work, never landed here. O.J. has four small maquilas that make parts for oil drilling and for air conditioners, among other things. The factories together employ about 1,500 people.

Ochoa and Leyva struggle just to get people to stay here. During the last two decades, the population has dwindled. During the 1980s, about 38,000 people lived in O.J. Thousands left to find better paying jobs in the U.S. during the amnesty period in the late 1980s. Others left after the 2008 flood destroyed hundreds of homes, some of which remain empty and rotting along Ojinaga’s narrow, winding streets.

People don’t come here much, either. O.J. has avoided the human trafficking industry that flourishes in other border towns. The small population means that strangers stick out. And even if they made it across the Rio Grande, getting to a bigger town like Alpine requires a days’ long walk over treacherous terrain in temperatures that can range from searing to freezing. That’s why last year the Border Patrol started busing hundreds of undocumented immigrants from Arizona — where crossing into urban centers is easier — to Presidio and then deporting them into Ojinaga. Locals worried initially that the program, which ended earlier this year, would bring a crush of new residents that the city lacked infrastructure to support. But few stayed. Most opted to take a free bus ticket from the Mexican government and return to their hometowns.

“We don’t have crime. We do have beautiful views.”

“Presidio is the kind of place where either you can’t get enough of it or you can’t wait to get the hell out,” says former mayor and current city councilman John Ferguson. Many of the streets here are unpaved, and the biggest store in town is an Alco, fronted by a purple-and-orange sign that greets visitors to the town. The average annual household income is less than half the average household income in the rest of Texas: about $21,000, versus $50,000 statewide.

But on many evenings, the blazing pink-and-yellow sun sets behind the picturesque mountains. And it gives way to the serene black night sky, atwitter with stars. “We don’t have crime,” says Newton, the city manager. “We do have beautiful views.”

The last murder in Presidio County happened in 1999, and residents say they feel safe here. Unlike their neighbors in other Texas border towns, many still cross frequently over the small international bridge into Mexico for supper or to see a band. “It’s a fun night out,” says Ferguson, whose band plays gigs on both sides.

There are some early signs here, though, of the border security concerns that have changed life all along the Rio Grande. Not everyone feels as safe crossing into Mexico, and Presidio County Judge Jerry Agan, a former Border Patrol agent, says he rarely goes to Ojinaga since a shopkeeper a few months back was shot while washing his store windows. Presidio Mayor Lorenzo Hernandez says he doesn’t cross often — only when he needs a haircut — but not because he’s afraid. It just takes too much time. Since the U.S. Department of Homeland Security increased security measures at border crossings and started requiring passports, he says what used to be a 30-minute wait on the bridge now can last an hour or two. “That has an effect on our economy more than anything else,” Hernandez says. Business owners often complain that the delays mean fewer people cross back and forth to shop, eat and do business. “I guess we have to sacrifice something for our security,” he says. 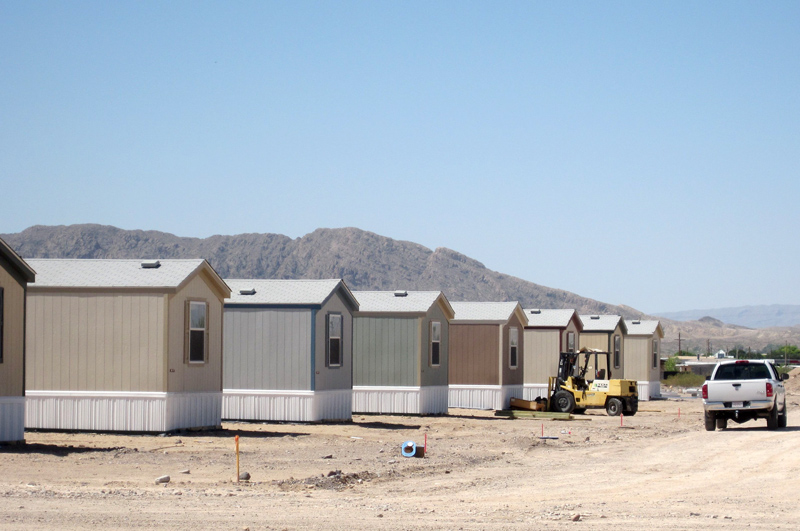 The most noticeable change: a dramatic increase in the Border Patrol. Behind the small Border Patrol station on the edge of town are rows of new homes behind a gated fence. Across the street, bulldozers make way for dozens of manufactured homes, where new agents and their families will live. The number of agents stationed here has more than tripled, from about 20 to 75. Locals say the new residents have helped the local economy a little. Retail sales have picked up, Agan says, and a new bank is going up across the street from the grocery store. Mostly, though, the agents and their families are a strain on the already miniscule tax base. “The houses people live in are government houses, so they don’t pay any taxes,” Agan says.

The county, city and school district — among the poorest districts in the state — provide services to the new residents, but they get little new tax revenue to do it. And because most of the federal government’s contracts for the new housing are with larger construction companies, the growth hasn’t created any desperately needed local jobs. So many of the men who live here still drive hundreds of miles each day to work in Alpine or Fort Davis, and some even cross into O.J. “It doesn’t help the city,” says Mayor Hernandez.

Drugs, murder and the path of least resistance

The federal investment does produce a return for Presidio, insists Border Patrol Deputy Sector Chief Benjamin Huffman: Illegal crossings remain relatively low in the area, and agents are snatching more drugs. In June, they had already caught about 40,000 pounds of narcotics — double the haul in all of 2009. The Marfa border sector, which includes Presidio, encompasses 510 miles of border, nearly one-fourth of the entire U.S.-Mexico border. For many years, Huffman says, the Border Patrol here was understaffed. Now there are hundreds more agents, and Border Patrol has built three new stations.

Huffman worries that the increase in Marfa sector drug seizures results from the bloody drug war elsewhere, forcing narco-traffickers to find less dangerous places to move their goods. “It’s ideal for narcotics,” he says. “You can have everyone in our sector on the lines, and you won’t come close to covering it by any stretch of the imagination. It’s still wide open country.”

UTEP’s Tony Payan says Huffman should be concerned about drug traffic making its way into Presidio and Ojinaga. “We should expect this to be moving around to find the area of least resistance,” he says. Officials in Presidio and Ojinaga only have to look west to the Valle de Juárez to understand how this so-called balloon-effect works. 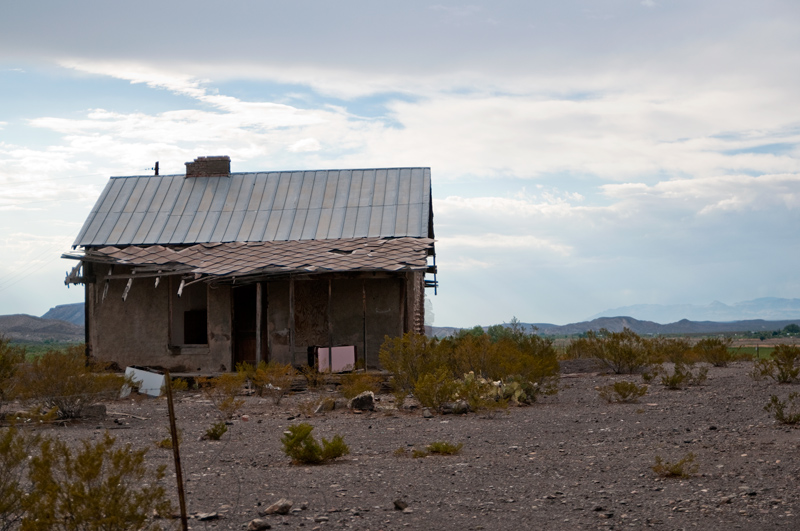 The U.S. started beefing up security in El Paso in the 1990s with efforts like Operation Hold the Line — the brainchild of then Border Patrol Sector Chief and now U.S. Rep. Silvestre Reyes, D-El Paso — and an onslaught of sensors, video surveillance, unmanned drones and the like, Payan says. The effect: They squeezed drug traffickers into the rural Juárez Valley, where dope smugglers had few security agents, or even residents, to worry about.

While the headquarters and street sales continued under the control of wealthy drug lords in Juárez, the dangerous grunt work of transporting loads from Mexico to the U.S. moved into those small, less patrolled, rural communities. The lucrative business became pervasive, ensnaring everyone from poor farmworkers to not-so-poor city officials. Now the towns are seeing the wrath of cartels as they fight for control of the drug passages. “People are under siege,” Payan says.

Mexican President Felipe Calderón has vowed to continue his fight against the cartels, and the drug lords aren’t about to give in. With no end in sight to the bloodshed and the violence that has consumed life in Juárez and the Juárez Valley, Payan says, communities like Presidio and Ojinaga should prepare for the worst. “It’s a never-ending story.”