The first Republican gubernatorial debate, replete with repeated references from all three candidates to Texas’ greatness and the need to defend Texas sovereignty, points to one of the most fascinating aspects of contemporary politics in this state: even as the numerous technological innovations and societal changes of the last 30 years have made people, goods, and media around the world less tethered to geographical locations than ever before, Texas identity remains alive and well and continues to play a critical role in the state’s politics.

While Texas politicians have a long history of invoking Texas pride and Texas uniqueness in their speeches, the persistence of Texas identity ultimately lies in the thoughts and beliefs of the ordinary residents of this state. This begs a number of interesting questions — what percentage of Texas residents strongly identify with Texas? What about identification with other geographical areas, like the American South or various hometowns and cities? What percentage of Texans have been so affected by globalization that they don’t identify with geographical areas at all? What demographic factors are associated with geographical identification?

In the June 2009 UT-Austin Texas statewide poll, we asked 924 respondents to name the sub-national geographical area with which they “most strongly identify.” We gave respondents five answer choices:

1. The American South (I am a Southerner)

3. My region within Texas (I am an East Texan, West Texan, North Texan, etc.)

4. My hometown or city (I am a Houstonian, El Pasoan, Amarilloan, Austinite, etc.)

5. I don’t really identify with any of these areas

As Table 1 (below) shows, a staggering 54% of respondents opted for the second choice: “The State of Texas”. No other option came even close to being as popular. Clearly, then, when politicians make constant references to Texas pride, they are seeking to tap into a very real sentiment that continues to exist within the general public. 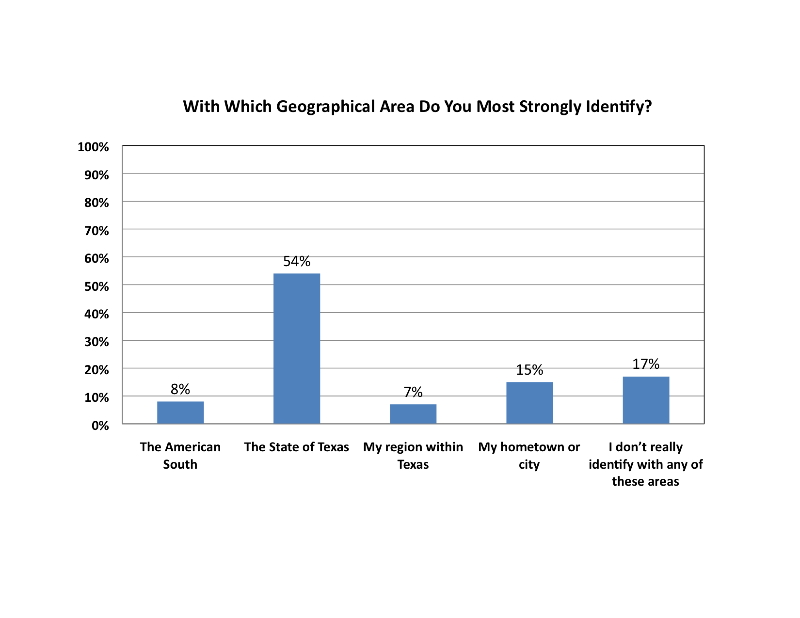 As Table 2 (below) shows, Republicans and (interestingly) independents are more likely to identify with the State of Texas than are Democrats. Democrats, on the other hand, are more likely than Republicans or independents to identify with either their own hometowns or cities, or with no geographical area at all. This makes sense when one considers which candidates are constantly making references to “Texan-ness” in their primary campaign speeches. Rick Perry, Kay Bailey Hutchison, and Debra Medina are doing this far more than either Bill White or Farouk Shami, and considering the parties’ respective primary electorates probably goes a long way toward telling us why. 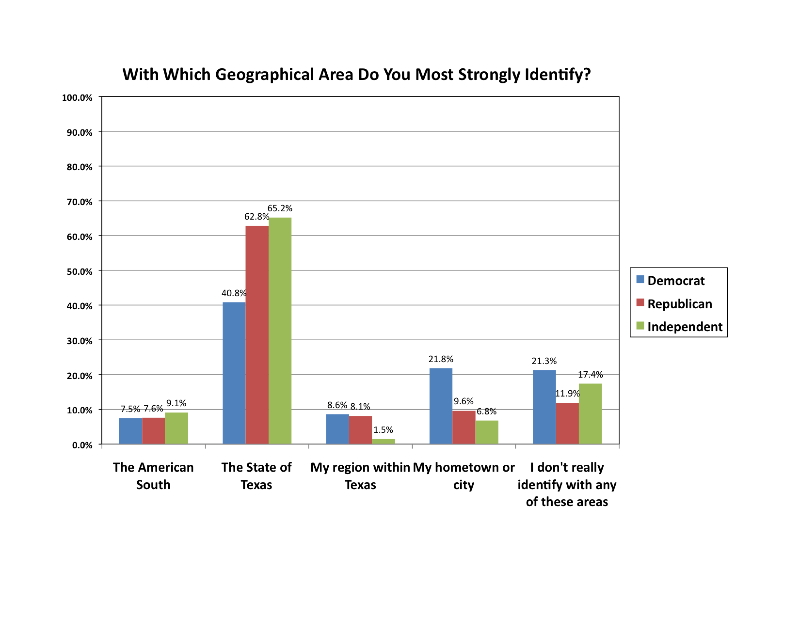 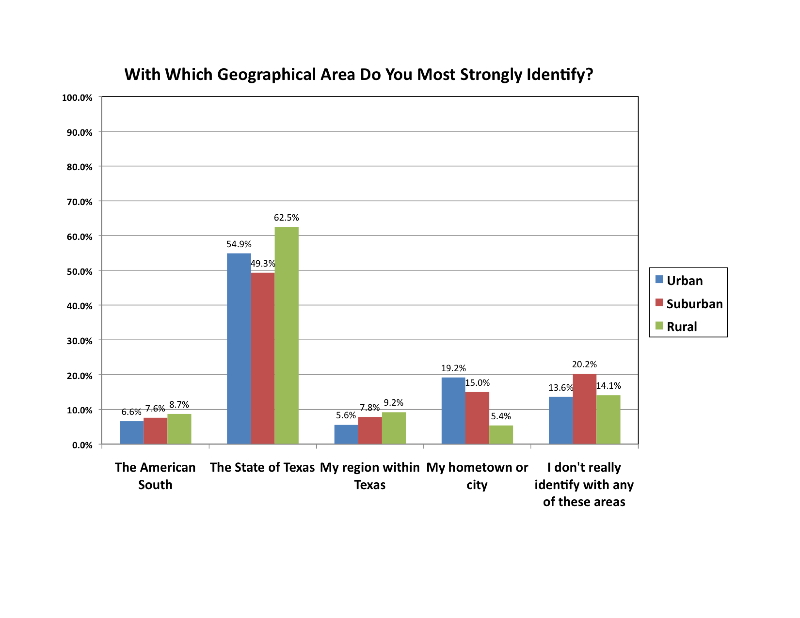 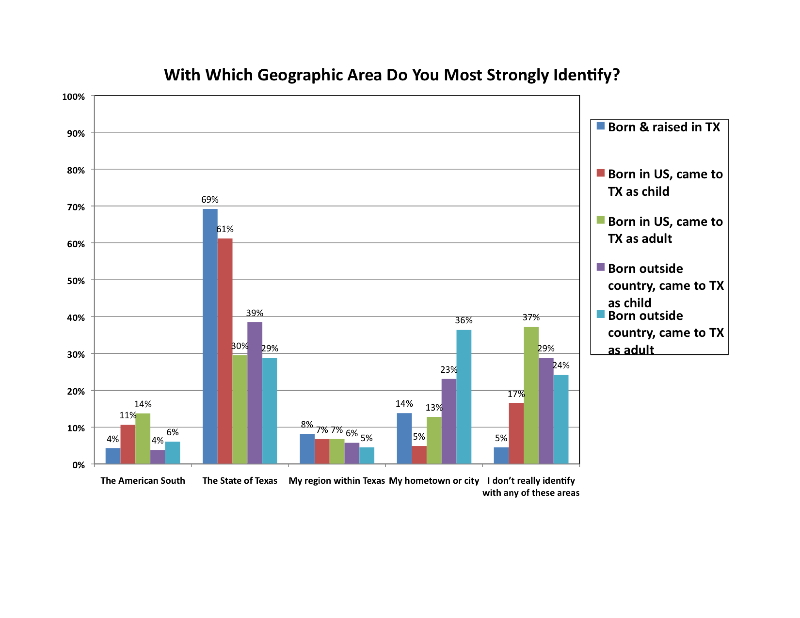 The fact that both native-born Texans as well as those who came to Texas from another state as children are so much more likely to strongly identify with Texas than the other groups suggests that Texas identity is in large part forged in school, especially in grades 4 and 7 when students are required to study Texas history in social studies class. After all, if it was family heritage that gave Texans their Texas identity, we would expect only native-born Texans to express that identity in large percentages. But there is another wrinkle — the fact that Texans who came here as children from another country don’t most strongly identify with Texas in high percentages. For some reason, it appears that the experience of going to school in Texas does not give immigrant children as much of a Texas identity as it does to students who were born in this country.