Of all the tales of restraints gone wrong I heard while reporting this story on Texas special education students, this one is the worst:

For 14-year-old Cedric Napoleon, food was an emotional trigger.

His biological parents had starved him and forced him to dig through trashcans for food. By the time he went into foster care, he was so traumatized that he hoarded bags of chips from the kitchen and stole food at his Killeen middle school. 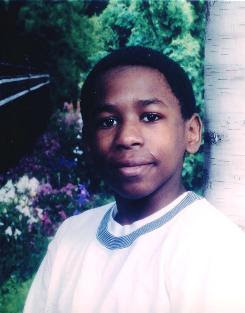 But when Cedric stopped working in his special education classroom one morning in 2002, his teacher punished him by delaying his lunch. At 1 p.m., when he was caught trying to steal candy, she delayed his lunch again.

By 2:30, when he still hadn’t been fed, Cedric tried to leave the classroom. The teacher, who outweighed Cedric by 100 pounds, forced him face down onto the floor and sat on him, ignoring his pleas that he couldn’t breathe. Within 15 minutes, Cedric was dead. More than a dozen students witnessed his death.

Though the death was ruled a homicide, a grand jury declined to indict the teacher. She is currently working at a Northern Virginia high school.

“Cedric had behavioral problems, but they were never physical and he was never aggressive,” his foster mother Toni Price told lawmakers at a federal hearing in May. “I didn’t know the school was practicing restraint techniques on Cedric. I didn’t know they were withholding food as a form of punishment… He had come so far.”